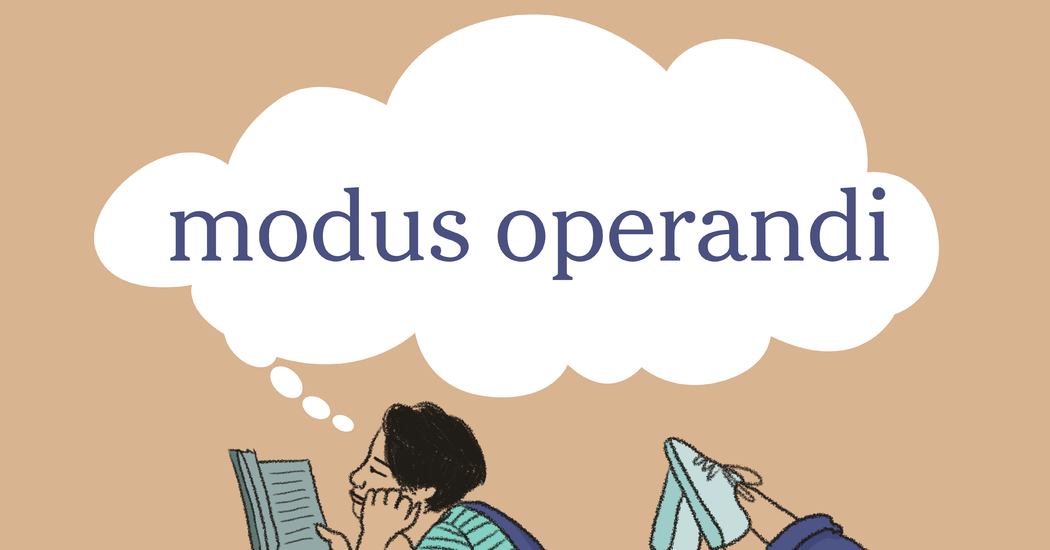 : an unvarying or habitual method or procedure

The term modus operandi has appeared in 36 articles on NYTimes.com in the past year, including on Feb. 11 in “‘To All the Boys: Always and Forever’ Review: Love Sweet Love” by Maya Phillips:

The final installment of the Netflix rom-com (adapted from the book by Jenny Han) about a high school romantic’s secret love letters and her faux-fling-turned-real-thing with a popular jock finds our star couple in their senior year … Lara Jean and Peter are still going strong and have a plan for college: They’ll both go to Stanford, natch. But when Lara Jean is rejected from Stanford and starts considering the other shapes her future could take, happily ever after gets a bit more complicated.

“This is a little dramatic, even for you,” says Kitty (Anna Cathcart), Lara Jean’s little sister and professional heckler, observing the conflict. But that’s also this trilogy’s modus operandi: Its drama consists of adolescent trifles that never have real stakes, especially in the eyes of those who have left high school far behind. It doesn’t matter if you can see the tiny heartbreaks and grand gestures of love from a thousand miles away. “Always and Forever,” directed by Michael Fimognari with candy-cute sets, distressingly stylish costumes and vivacious cinematography, doesn’t have a hint of cynicism. Like Lara Jean herself, this bright-eyed pubescent lovefest is an earnest romantic, admiring every rote route to “I love you.” (The references to “Say Anything” and “Pride and Prejudice” are almost too much.)