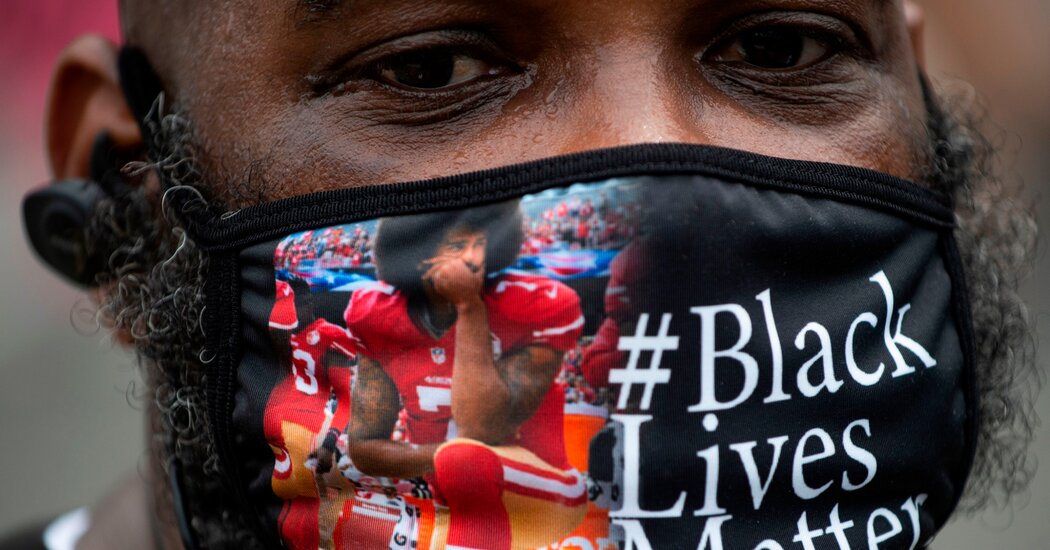 The National Football League (NFL), the National Basketball Association (NBA), and several major sports leagues attract millions of fans from across the country and the world. It isn’t expected for athletes to only be athletes with these huge platforms. I believe athletes can use their platforms to spread important messages and act as influencers. More importantly, condemning racism and speaking out for the victims of police brutality. I do think there can be limits to what athletes say in terms of harming other minority communities. For example, DeSean Jackson, a professional football player, commented on the Jewish community saying they will “extort” and “blackmail” America crosses the line. However, not all athletes feel this way nor would blatantly hurt a community with their millions of followers. Athletes represent their organizations, but they also represent themselves, their views, their values, and their communities.

Since the foundation of the first American colony in 1607, Americans have been adamant about speaking out against political issues they disagreed with and social movements they supported. Now, it is not any different. With social media allowing a bigger platform to spread messages, it is no wonder that issues regarding society have been mainstreamed. Like any other celebrity or famous person, athletes have been gifted the ability to not only do what they love, but also inspire and spread messages; why should it be any different with talking about political issues?

In my opinion, athletes deserve the right of speaking out against political and social issues because they are capable of spreading the message that confronts the issues like everyone else. Especially if the issue is bothering or connected to them in a way, athletes should be able to address the problem in a way that will effectively inspire others, especially considering Lebron James and his actions regarding social movements. Just like actors, authors, and artists, athletes also have an opinion towards a particular issue so they should also be able to freely express their views on it as others. I don’t find that the activism of athletes is an interference with my enjoyment of the actual sport since they’re just trying to raise awareness about the problems we face in our societies. Athletes are not just meant to demonstrate their physical capabilities all the time, after all, they can have a far bigger in influencing people through their voice.

I definitely think that athletes should speak out on social rights issues with the intention of spreading awareness or “to make people start talking,” as Osaka said. I think that part of being such a public figure is that you use your voice to raise awareness. The saying “shut up and dribble” objectifies players because it’s saying that they are only of value because they can play basketball. I agree with Osaka when she said “Do people see us as no more than bodies — individuals who can achieve what’s physically impossible for nearly everyone else, and who entertain fans by pushing ourselves past our limits?” I think everyone should respect athletes enough to value their opinions and views.

I have never understood why athletes shouldn’t speak out about social and political issues. Athletes aren’t just pawns in a sport, they are real people with real thoughts, beliefs, opinions, and passions. They don’t just exist for other people’s entertainment. In addition, athletes typically have big platforms with thousands, even millions of followers on social media. They can reach a lot of people, and inform them on these issues they feel are important. The people that say they should “stick to sports” are the ones who don’t want to hear what they have to say. These people have a right to free speech and freedom of expression, and that in no way affects the people who get mad about it or the sport they play.

Athletics have a huge dominance over American culture. Sports, and professional athletes, are common in our daily lives. From having conversations about the local football team to seeing it in our Twitter feed, it is ever present in our lives, and quite honestly, a nice distraction from the world we face today. That said, professional athletes are being paid to play sports. They are not being paid to share their opinions.

While it is essential for people to be aware of issues that may affect our community, I don’t believe it’s beneficial for such topics to be heard from an athlete’s perspective. Many politicians and intellectuals have the job of researching such issues, so it’s way better if the population hears from them rather than from someone who isn’t actively aware of current situations. In conclusion, while athletes provide entertainment for large groups of people, I believe stirring conversation to political discussions requires a change in audience; mixing sports with politics isn’t a good idea.