This article is written by Saswata Tewari from the University of Petroleum and Energy Studies Dehradun. This article provides an answer to the question that is, “is there a need to learn competition law if one wants to work with the M&A team of a law firm. 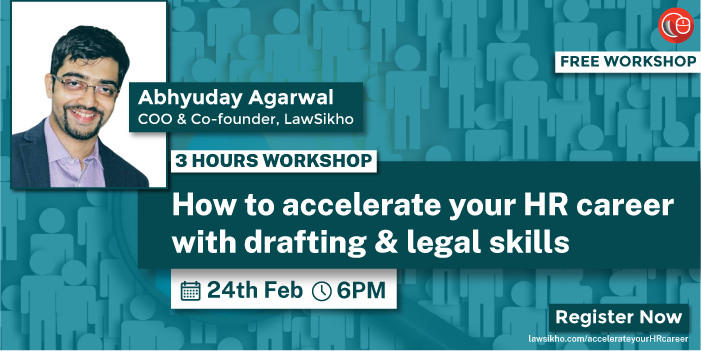 The concept of Mergers and Acquisitions is simple: two companies join hands in using their combined power to achieve greater functioning of the company in order to generate more revenue. But these M&A deals require a lot of exchange of information between the concerned parties before the deal has been executed and this exchange of information relates to the due diligence, merger control notifications, satisfaction of interim covenants, and integration planning. This vast exchange of information takes place by staying compliant with the legal provisions of the Competition Act, 2002.

Competition law keeps in check all these mergers and acquisitions in India to avoid any situation where the resulting company made out of the deal does not have the sole power to distort the balance of the market. It has the responsibility to see that the combinations (acquisitions, amalgamations, and mergers) that take place in India do not create any appreciable adverse effect

The main purpose of allowing M&A transactions is to see that it serves well in our economy. However, it is very important to regulate these combinations to maintain the balance of competition in the Indian market. Some of the issues have been listed which states the importance of regulating these transactions.

When two business organizations that have been working in a similar business sector merge, it is quite practicable to assume that the combined company will appear to retain a large market share and have the ability to easily control the underlying forces of the market for a commodity

This is possible because of the following reasons:

Such actions by a strong merged group will then have a direct effect on the company of the other market participants.

Ability to influence the prices

The combined business organization would certainly have all the power to adjust market prices for a product after gaining a larger consumer base, and to think about it, even a slight rise in market prices will prove to be highly profitable for the company. As a consequence, the profits incurred by the company can be used to spend more on marketing and to get more clients.

Not only this, but the company will also have the power to start a price war and reduce the prices to secure more customers. It will not be feasible for the competitors who do not have an equivalent economy of scale to get prices down to an equal level and eventually will be thrown out of the market.

We have been talking so far about the situation that might take place in a nation’s economy. What if corporations plan to take their mergers to an international level?

Companies that are their own country’s market leaders can merge and use the combined power to pull the strings not only in their home country but also internationally. The size of activities can be used to import materials at low prices and market the finished product at any price they find profitable. Take each of the two best producers of a commodity, for example, and consider the situation in which they will combine as well as the power they will have to influence the powers of the market.

It is because of such reasons that all these mergers and acquisitions have been regulated by necessary regulators such as the Competition Commission of India so that these transactions are not capable of upsetting the balance of market forces.

Competition Commission of India (CCI) was formed to look at all M&A deals that take place in the country or in circumstances in which an Indian company is involved. Their duties include restricting anti-competitive deals, misuse of power, and governing all combinations(mergers, amalgamations, and acquisitions) through investigation mechanisms.

The main task of CCI is to review if the resulting combination has an ‘’appreciable adverse effect on the competition”. Some of the major tasks of CCI have been listed below:

The Competition Act, 2002 is the main legislation that controls the mergers and acquisitions in India. It is responsible for upholding competition in the Indian market by prohibiting any business operations that are most likely to cause an appreciable adverse effect. The Act mainly prohibits those agreements which relate to:

A combination does not tend to be void but if the Competition Commission of India believes that the resulting combination will cause an appreciable adverse effect on the market then it can issue a show-cause notice under Section 29(1) of the Act to the involved parties in the combination as to why no investigation should be carried out against them.

Section 5 stands to deal with the definitions whereas Section 6 tells us about the regulations regarding the combinations. Also, it has been mentioned in Section 6 it is not allowed for companies from entering into any agreement that is more likely to cause an appreciable adverse effect on the market competition in India.

These are some of the legal provisions of the Act which apply to the world of mergers and acquisitions in India. You should have an idea by now to figure out the fact that the rules of M&As and competition laws are intrinsically bound together and to have expertise in the field you have to study competition law.

Now that we know about the importance of competition law in the field of mergers and acquisitions let’s discuss the pathway students can use to get themselves enlightened with the legal provisions of the competition law.

These are the following things that a student can do to upskill themselves:

You might have heard of complementary goods? It’s a type of good that has very little value without its complement. Similarly, mergers and acquisitions cannot be handled without knowing competition law.

Competition law is something you need to take very seriously to be able to engage in mergers and acquisitions. It applies not only to business transactions with high stakes but also to the most common denominator including sole proprietorships.

Competition law is an entire world in itself and has never been in demand as it is now, as a practice area, and it will also give you a backup option if you don’t want to stay in the M&A sector later on.