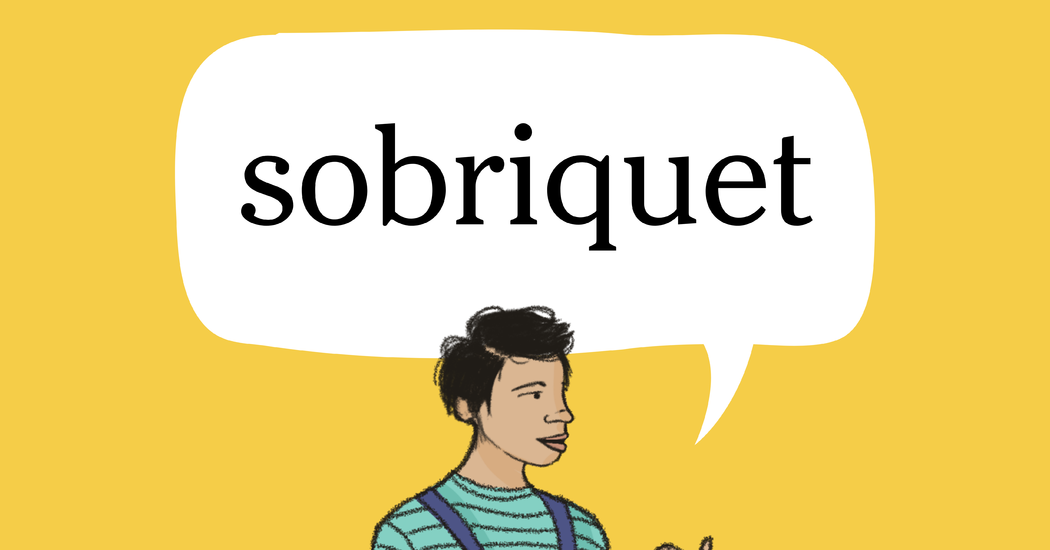 : a familiar name for a person (often a shortened version of a person’s given name)

The word sobriquet has appeared in 18 articles on NYTimes.com in the past year, including on Oct. 19 in “Hockey Broadcaster Mike ‘Doc’ Emrick Retires” by Kevin Draper and Andrew Knoll:

When the N.H.L. begins its next season, absent for the first time in four decades will be the man perhaps more associated with the league than any player, coach or official: the broadcaster Mike Emrick — known universally by his nickname, Doc.

… Emrick ascended to the top of his profession, jockeying with Canadian-born greats like Bob Cole and Dan Kelly in the pantheon of hockey’s play-by-play announcers. He worked in print media covering the Pittsburgh Penguins, earned his doctorate in broadcast communications from Bowling Green State University (hence the “Doc” sobriquet) and transitioned to television from radio in a way that was at once seamless and iconic.

Five Ways to Learn About Juneteenth With The New York Times