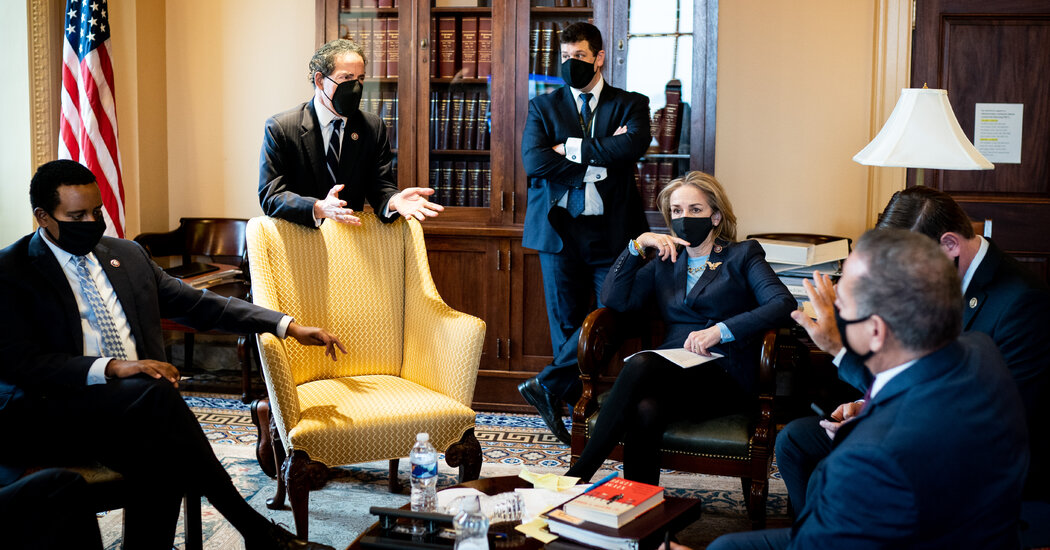 On Saturday, 57 out of 100 senators cast votes finding former President Donald Trump guilty of inciting an insurrection at the U.S. Capitol on Jan. 6. That tally included seven Republican senators along with all 50 Democrats in the chamber. However, that majority fell short of the 67 votes needed for a conviction, as the Constitution requires a two-thirds majority to convict a president — something that has never happened in history.

Did you watch the news of the Senate impeachment trial? What is your reaction to the president’s acquittal? If you were a member of the Senate, how would you have voted?

A Senate still bruised from the most violent attack on the Capitol in two centuries acquitted former President Donald J. Trump on Saturday in his second impeachment trial, as all but a few Republicans locked arms to reject a case that he incited the Jan. 6 rampage in a last-ditch attempt to cling to power.

Under the watch of National Guard troops still patrolling the historic building, a bipartisan majority cast votes finding Mr. Trump guilty of the House’s single charge of “incitement of insurrection.” They included seven Republicans, more members of a president’s party than have ever returned an adverse verdict in an impeachment trial.

But with most of Mr. Trump’s party coalescing around him, the 57-to-43 tally fell 10 votes short of the two-thirds majority needed to convict, and allow the Senate to move to disqualify him from holding future office.

The verdict brought an abrupt end to the fourth presidential impeachment trial in American history, and the only one in which the accused had left office before being tried. But it was unlikely to be the final word for Mr. Trump, his badly divided party or the sprawling criminal and congressional investigations into the assault.

It left behind festering wounds in Washington and around the country after a 39-day stretch unlike any in the nation’s history — encompassing a deadly riot at the Capitol, an impeachment of one president, the inauguration of another and a brief but rancorous trial in the Senate.

It took only five days to reach a verdict, partly because Democrats and Republicans were united in their desire to avoid a prolonged proceeding and partly because Mr. Trump’s allies made clear before it even began that they were not prepared to hold him responsible. Most of the jury of senators had themselves witnessed the events that gave rise to the charge, having fled for their own lives, along with the vice president, as the mob closed in last month while they met to formalize President Biden’s victory.

Party leaders and even the president’s most loyal supporters in the Senate did not defend his actions — a monthslong campaign, seeded with election lies, to overturn his decisive loss to Mr. Biden that culminated when Mr. Trump told thousands of his supporters to “fight like hell” and they did. Instead, in the face of a meticulous case brought by nine House prosecutors, they found safe harbor in technical arguments that the trial itself was not valid because Mr. Trump was no longer in office.

But their overriding political calculation was clear. After party leaders briefly entertained using the process to purge Mr. Trump from their ranks, Republicans doubled down on a bet made five years ago: that it was better not to stoke another open confrontation with a man millions of their voters still singularly embrace.

Senator Mitch McConnell, Republican of Kentucky and the minority leader, embodied the tortured balancing act, denouncing Mr. Trump on Saturday, minutes after voting to acquit him, for a “disgraceful dereliction of duty.” In blistering remarks from the Senate floor, Mr. McConnell, who had openly considered voting to convict Mr. Trump, effectively argued that he was guilty as charged, while arguing that there was nothing the Senate could do about it.

What do you think of Senator Mitch McConnell’s “tortured balancing act” — his denunciation of Mr. Trump’s actions only minutes after he voted to acquit the former president? What do you think about his logic, that Mr. Trump was effectively guilty as charged, but because he was no longer in office, the Senate couldn’t doing anything about it?