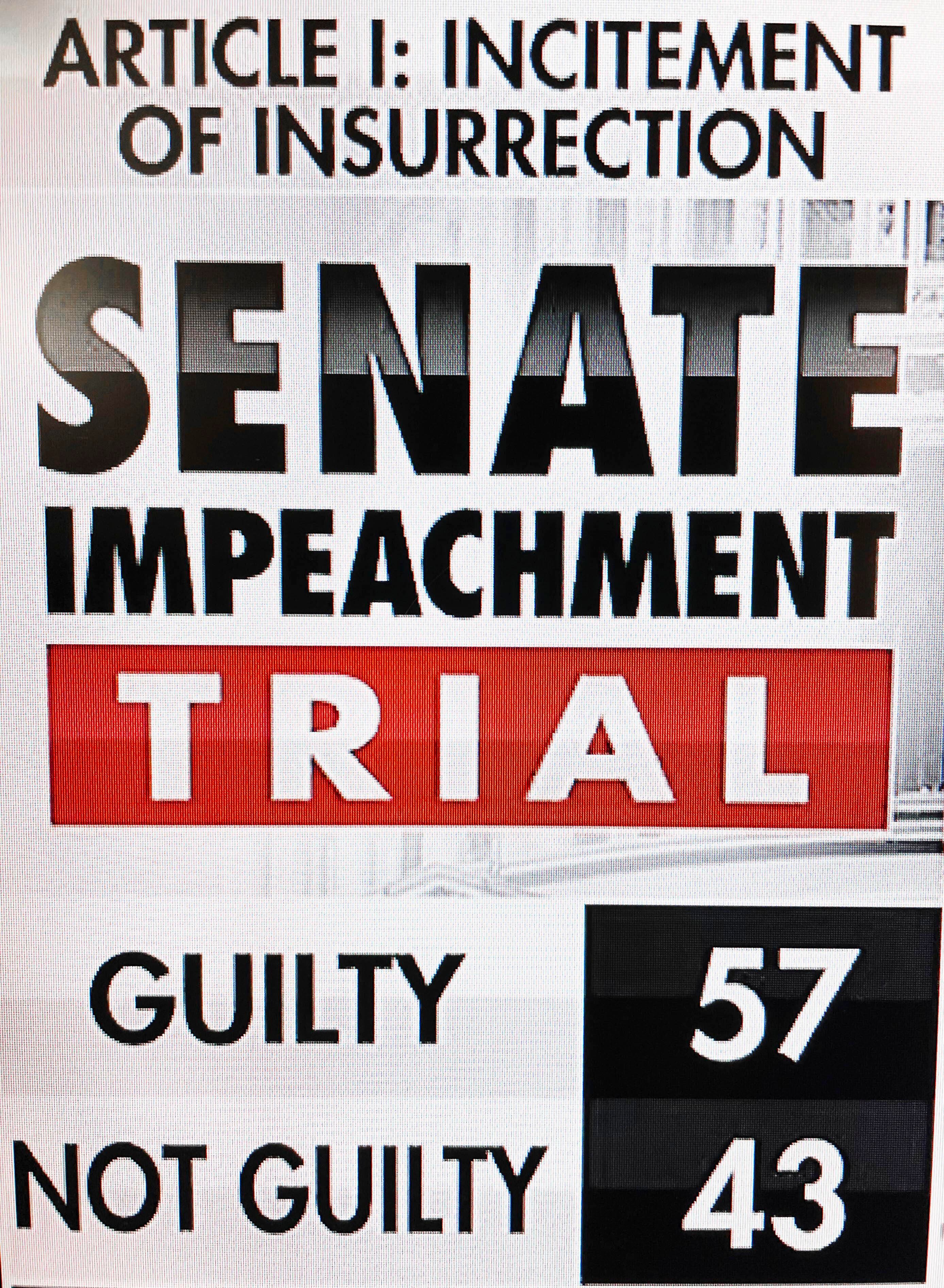 On Saturday, the United States Senate voted to acquit former President Donald Trump in the second impeachment trial in a year. While a majority of senators found former president guilty in a vote of 57-43, it fell short of the two-thirds majority – and as a result Trump was acquitted of the charge.”

The reaction on social media was not surprisingly as divided as the nation, and if anyone expected that the trial would somehow bring the country together they would be greatly mistaken.

Many on social media expressed outrage that the Senate voted to acquit, despite the fact that even before the House of Representatives officially voted for impeachment it was clear that few Republicans would likely break ranks. However, for many on social media the vote still came as a surprise, even a shock.

Sons of Liberty International founder Matthew VanDyke (@MattVanDyke) was among a few voices that suggested our democracy suffered from the vote:

However, in a sign of how deeply divided the nation remains, there were also plenty on social media who seemed elated that the former president was acquitted of the charges. At the same time many of those aslo expressed frustration at the seven Republican senators – including Sens. Richard Burr of North Carolina, Bill Cassidy of Louisiana, Susan Collins of Maine, Lisa Murkowski of Alaska, Mitt Romney of Utah, Ben Sasse of Nebraska and Pat Toomey of Pennsylvania –broke ranks and voted to convict the former president.

Author and SirusXM host Jonathan T. Gilliam (@JGilliam_SEAL) was also blunt in his support of the former president as well as those who voted to convict:

Even as former President Trump seemed pleased with the results, it is clear that the biggest loser of the proceedings may be Senate Minority Leader Mitch McConnell (R-Kentucky), who voted to acquit but then sharply criticized Trump’s actions. Many on social media who clearly wanted to see a conviction were upset with Sen. McConnell, but

Many liberal groups also saw the acquittal as a “call to action” even as the midterms are more than a year and a half away. Among those was Nick Knudsen, executive director of DemCast, (@NickKnudsenUS) who posted “Time to go after all the Senate Republicans who are up for reelection in 2022.”

It wasn’t just those in the United States either that had watching the Senate vote closely. Aissa M. Cyiza (@AissaCyiza), radio host in Rwanda, was among those in the international media to quickly comment following the news of the acquittal.

As expected the reactions from celebrities also quickly spread across Twitter – and while the majority clearly expressed frustration, it is clear the former president still has famous supporters in his corner.

Actor/comedian Terrence K. Williams (@w_terrence) was among those in the latter camp, tweeting, “MY PRESIDENT WAS ACQUITTED  President Trump won again! The senate acquitted him for the second time! HE WAS NEVER IN THE WRONG! Trump 2024 has ring to it and that’s why they wanted to convict him!”

Plenty of celebrities expressed frustration – including actress/activist Alyssa Milano (@Alyssa_Milano), who not that long ago called for unity and clearly doesn’t expect any now, tweeting, “It is a sad day in America when only 7 republicans have the patriotism and integrity to convict a tyrant.”

Freelance writer Paul Semel (@paulsemel) was among those who found some humor in the acquittal, posting, “43 Republican members of congress just voted to let #DonaldChump off the hook even though he’s obviously guilty. I wonder how many of their children are going to throw this back in their faces the next time the kids get caught doing something wrong?”

So Much For Unity. Twitter Reacts To Biden’s Use Of ‘Neanderthal Thinking’

So Much For Unity. Twitter Reacts To Biden’s Use Of ‘Neanderthals’