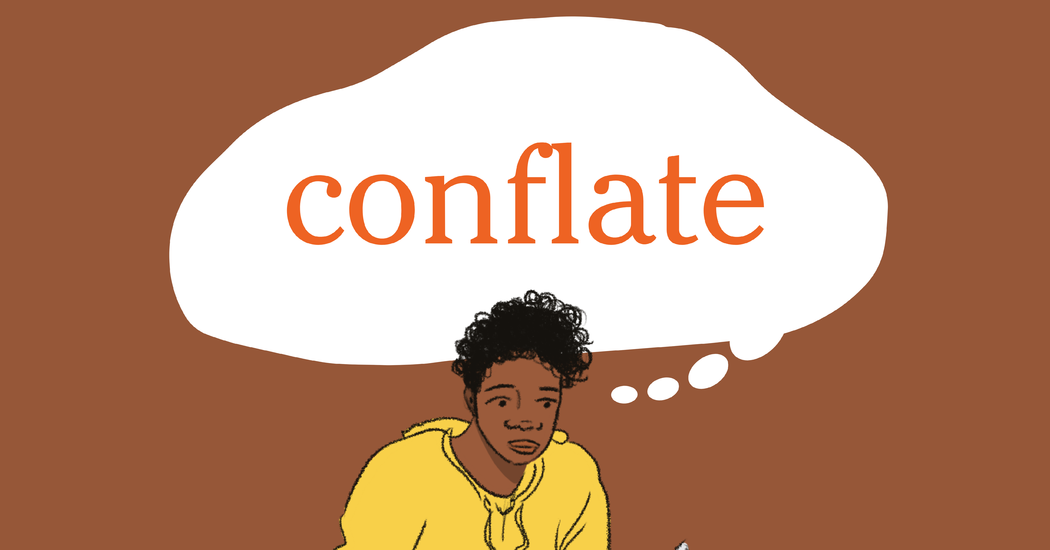 2. mistake one thing for another

The word conflate has appeared in 51 articles on NYTimes.com in the past year, including on Nov. 4 in “A New Front Opens in the Russia-Ukraine Conflict: Borscht” by Maria Varenikova and Andrew E. Kramer:

The roadside cafe is called Borscht, advertised with a gigantic beetroot red sign, leaving little doubt what people around here like to eat.

The fields are planted with beets. The town is named Borshchiv, which means “belonging to borscht.” It is just one of a dozen cities and villages in Ukraine named for borscht.

Given this clear commitment to borscht, Ukrainians wonder why the soup is commonly assumed to be Russian, a national dish of their archenemy.

… In Western countries, borscht came to be viewed as Russian in part because of the tendency for many decades to conflate Russia, which was only one of the Soviet republics, with all things Soviet.