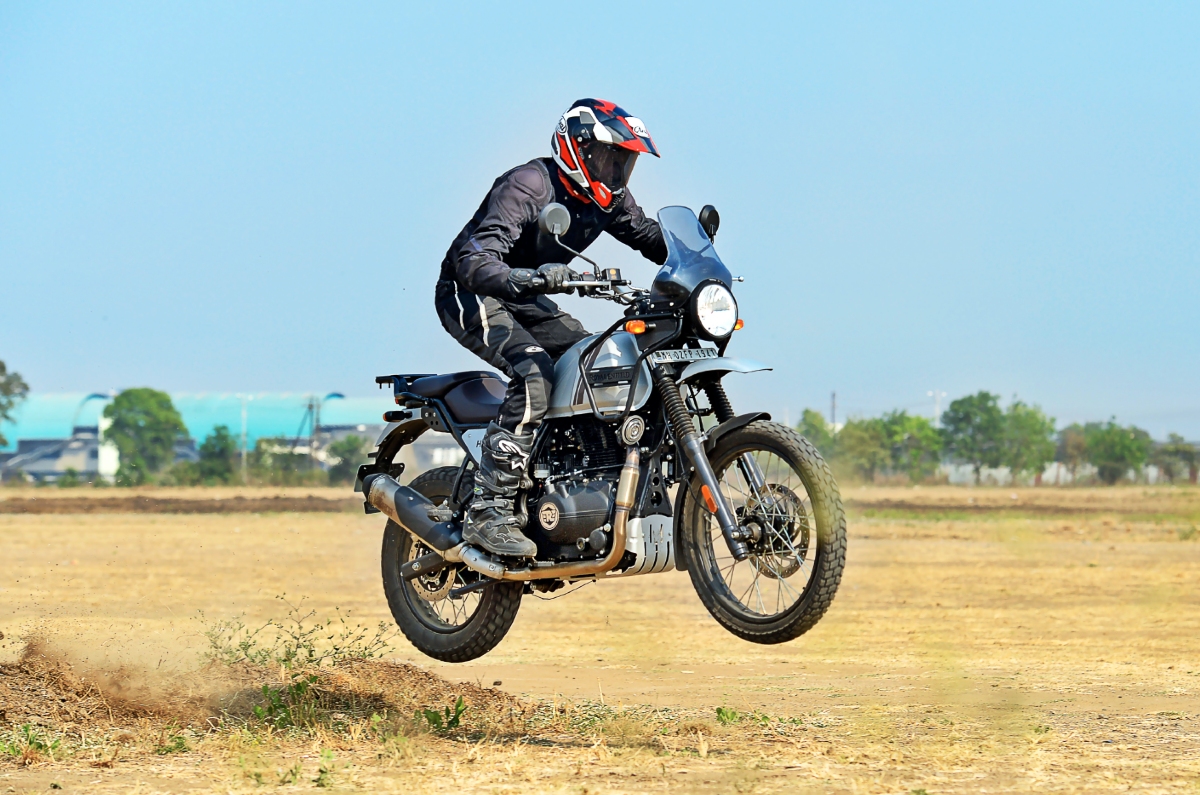 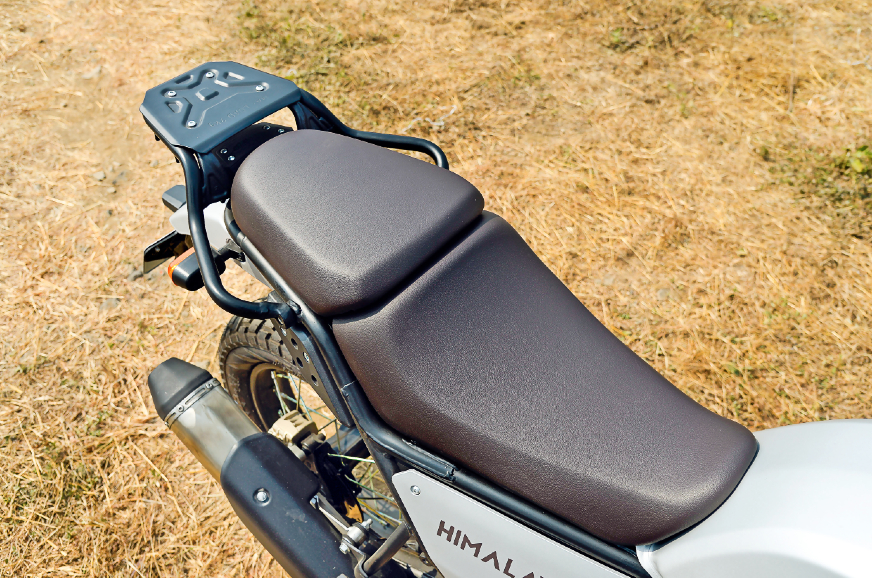 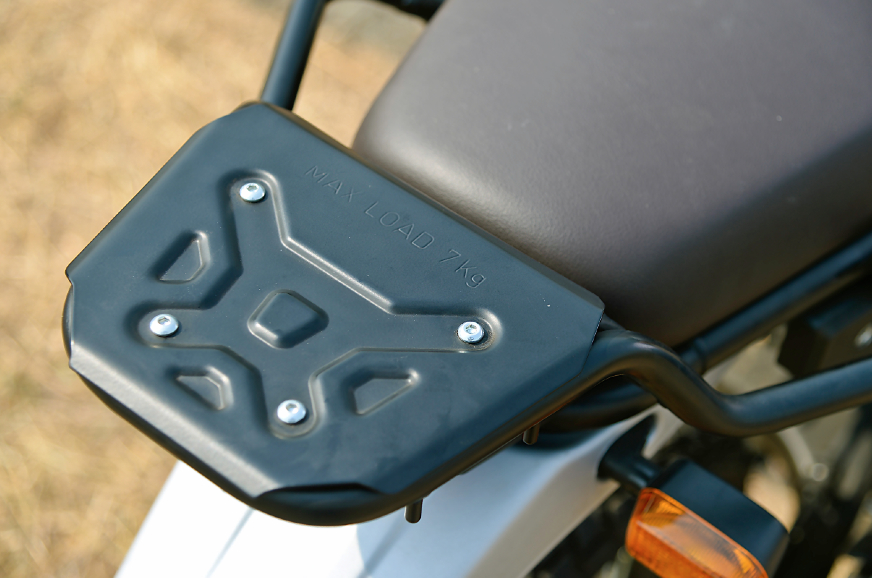 Royal Enfield’s first launch for 2021 comes in the form of an updated Himalayan. The changes are largely based around comfort, practicality and convenience, and the bike remains untouched in terms of the engine and chassis.

The overall design is the same, but there are a couple of details that have changed. First, Royal Enfield has added its Tripper navigation screen onto the Himalayan’s quirky digi-analogue instrument console. The Tripper screen is just like the one that debuted in the Meteor 350 – it’s a small, circular colour display that reads out navigation directions. The Tripper display works via Bluetooth and requires your phone to be connected to the Royal Enfield app. As with the Meteor, there are no phone notifications displayed on this screen, but it makes sense for a bike that’s made for travel. 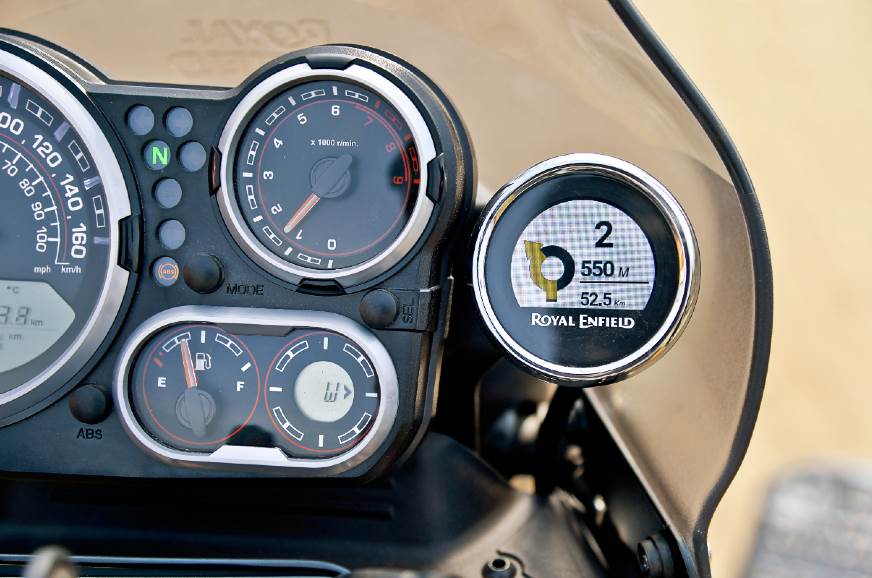 With the addition of the Tripper screen, Royal Enfield had to change the earlier windscreen to fit around the new display. The new windscreen is not only wider, but a little taller as well. It provides decent wind protection, but not too much – a good thing in our climate. The screen is lightly tinted, but it’s easy to see through and there was no noticeable helmet-buffet, even at early triple-digit speeds.

Another change is that Royal Enfield has re-profiled the metal frame that runs alongside the fuel tank and it no longer fouls with the knees – a common complaint for tall riders. Further back, the company has used a new foam for the seats; the seat height remains very approachable, at 800mm. And finally, the rear rack has been made slightly shorter and it now gets a metal plate on top that should enable more secure loading of luggage. 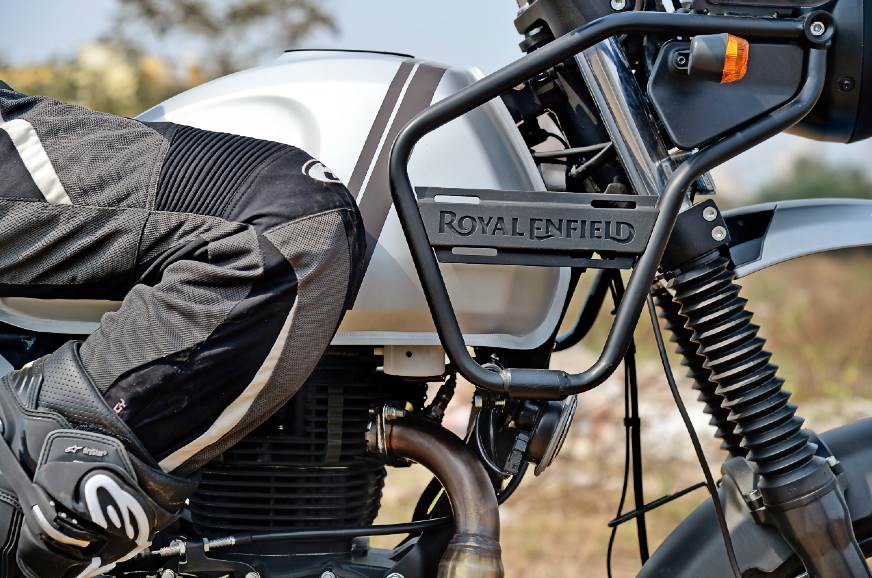 Overall fit and finish is good, for the most part, but a closer examination will reveal the odd, shoddy weld here and there, and the finish on the inner side of the exhaust could have been nicer as well. The 2021 update brings in three new colours, which includes the Mirage Silver you see here, a very nice shade of green that Royal Enfield calls Pine Green, and a Granite Black option. The Himalayan now also comes under Royal Enfield’s ‘Make It Yours’ custom programme, allowing you to select from a host of accessories.

Nothing has changed mechanically from the BS6 Himalayan that we rode a year ago, and that includes the 411cc, two-valve air-cooled motor that makes 24hp and 32Nm. The Himalayan continues to be very smooth and refined at most points, and it’s only near the 7,500-odd RPM redline that you’ll feel some vibrations. The motor cruises beautifully at 80kph, and 100kph is quite relaxed as well. The bike will surge up to 120kph if you keep it pinned, but anything above that is a struggle. 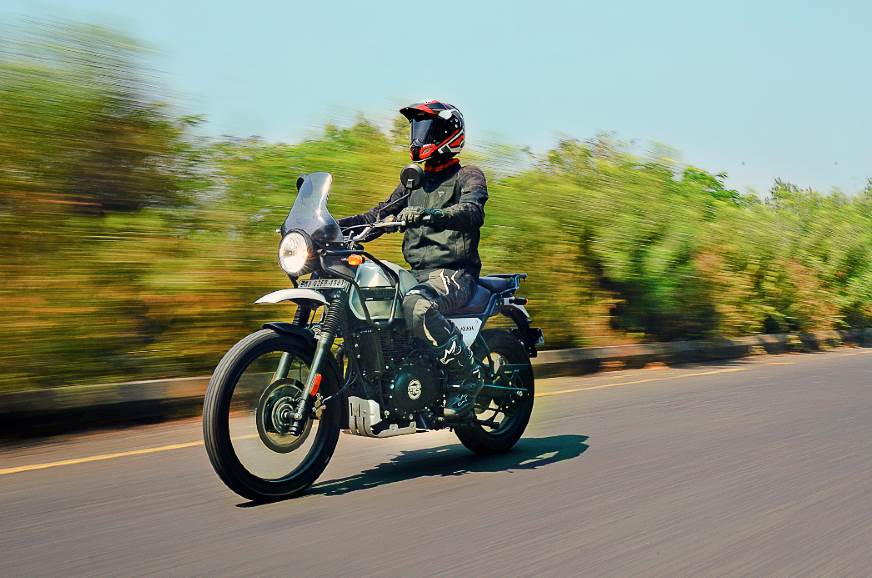 In the city, the engine won’t mind you holding higher gears at low speeds, but the motor feels flat below 2,000rpm – it only accelerates with earnestness when the rev counter crosses that point. Within city limits, there’s a fair amount of heat to be felt under the seat area, but it’s not too bad.

The chassis is the same as well, and that means you get the same, slightly firm, but very absorptive ride comfort that shakes off even the worst potholes. Cruising stability is good, but triple-digit speeds on bumpy roads can create a mildly skittish feel that you do need to get used to. As before, the brakes are a clear improvement over the BS4 version, but still feel dull, and the front lever needs a strong pull for quick braking. There’s dual-channel ABS and the rear can be deactivated by long-pressing a small button on the dash, but this button was quite fiddly and sometimes it just wouldn’t work. 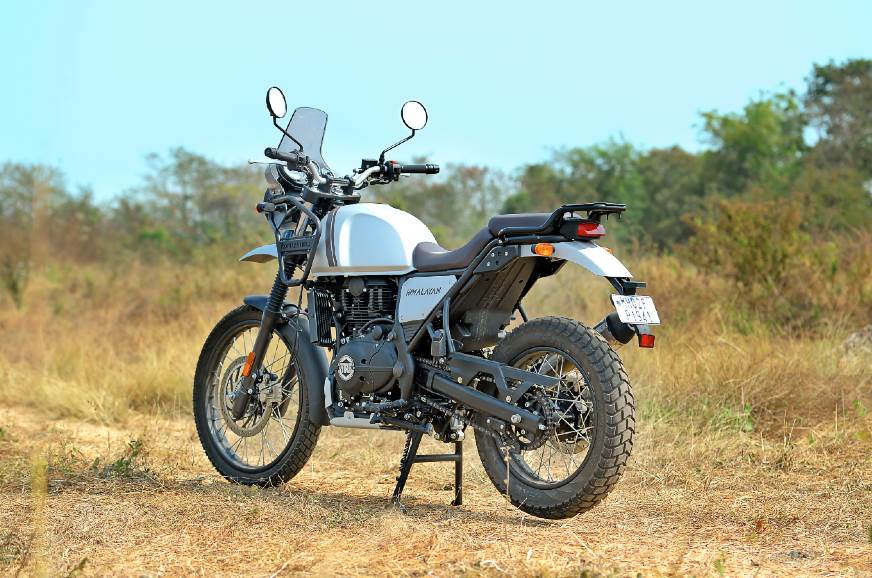 On road, the Himalayan handles well, despite its 21-inch front wheel and on-off tyres from Ceat. Take it off road, and the Himalayan is a sweet and  encouraging bike that you’ll find quite easy, thanks to its low seat and gentle engine responses. However, with long travel suspension and 220mm of ground clearance, you’ll eventually push it to the point where you wish the bike had more power and weighed less than its current 199kg.

2021 Royal Enfield Himalayan: should you buy one?

Royal Enfield has priced the 2021 Himalayan at Rs 2.01 lakh ex-showroom, which is a ten thousand rupee hike over the old bike. That sounds like more than the sum of the changes made, and it appears that Royal Enfield is using the opportunity to make a price correction. Nevertheless, the Himalayan is a likeable and charming motorcycle, that has far more to offer than its spec sheet would have you believe. At this price, there’s nothing else like it.