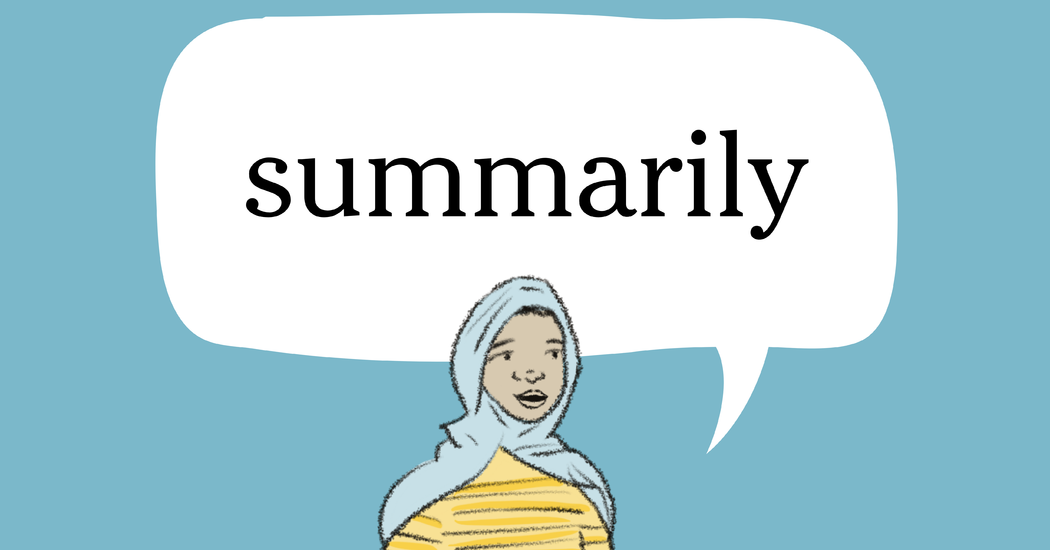 : without delay; in a manner that includes the most important points

The word summarily has appeared in 60 articles on NYTimes.com in the past year, including on Oct. 14 in “Dodgers Bury the Braves and Rewrite the Record Books” by David Waldstein:

The Dodgers summarily pounded the Atlanta Braves, 15-3, in Game 3 of the National League Championship Series at Globe Life Field, the home of the Texas Rangers, in a trouncing that established a catalog of records.

The Dodgers scored the most runs and hit the most home runs they ever had in a postseason game — and they accomplished all of that in just the first three innings.