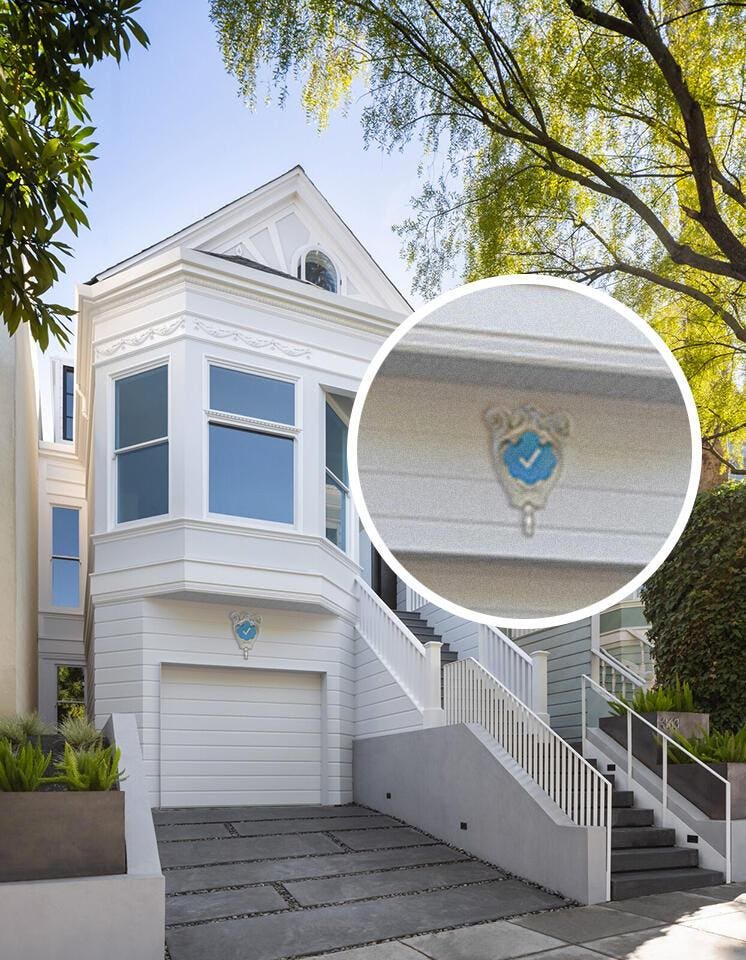 When a San Francisco neighborhood placed boulders on the sidewalk to obstruct homeless encampments, a young artist named Danielle Baskin turned to Craigslist in protest. “Hi! We’re getting rid of our beautiful collection of landscaping rocks,” she wrote in a faux Free Stuff listing. “We realized we don’t have enough space for them in our own home.”

Baskin’s satirical offering was flagged almost immediately, so she put a screenshot on Twitter, where her posting swiftly went viral. A couple nights later, six of the boulders were found to have been rolled into the street. Residents put them back. The cycle repeated until finally the people who placed the “anti-homeless boulders” asked the city to remove them permanently: free stuff for the SF Department of Public Works.

Although there may not have been a direct connection between Baskin’s listing and the guerrilla action leading to the neighborhood’s surrender, an interview with Baskin in The Washington Post suggests that her prank was a major inspiration for it. And a new hoax by Baskin shows that the virality was no fluke. Last week Baskin created a website for Blue Check Homes, a new service that purports to offer custom-built “verified” badges for San Francisco houses occupied by “an authentic public figure”. More than five hundred people have applied for the crests, which mimic the coveted checkmarks that Twitter applies to verified accounts. At least as many people have responded to the Blue Check service with vitriol.

Baskin’s artistic practice is multifaceted. She produces oil paintings and sculptures and consumer products and companies. Many of her works are not exclusively or even primarily art. For instance, Dialup is a viable business with a marketable product: a “voice-chat app that connects friends or people you want to meet in recurring topic-based calls”. Even her most overt satires have a way of finding customers. For example, she’s sold fruit printed with logos as edible “eco-friendly swag” to corporations including Salesforce.

As Baskin suggests on her website, this ambiguity is inherent to her creative process. “I make viral art, companies, and delightfully weird events,” she writes. “Most began as jokes or art projects (and some remained that way). But many of them turned into businesses.” This fluidity is perhaps best understood in terms of her background in immersive theater, which occupies the twilight zone between make-believe and reality. “I like figuring out new ways to facilitate conversations through delightful and strange experiences,” she explains. “I’m excited about building stuff that makes people interact with the world differently.”

Not all immersive theater is a prank, nor is every prank a work of immersive theater. What makes Baskin’s internet pranks interesting in artistic terms is their way of activating society, prompting people to reflect and interact on the basis of semi-plausible alternate realities. Like a social media company for telephone or even a manufacturer of edible corporate swag, they present scenarios that are adjacent to everyday experience in the interest of questioning common assumptions – and compel people to take her fabrications seriously because they might just be reality.

The proposition advanced by listing anti-homeless boulders on Craigslist as free stuff is relatively straightforward in its absurdity: Any sensible person would look at boulders strewn across a sidewalk as unwanted property like an abandoned sofa or dresser. Putting boulders on the sidewalk to block the presence of unwanted people – and treating fellow humans as unwanted – is freakish by comparison.

The significance of Blue Check Homes is more complex, because meaning is made through the ways people respond to her offering. Status symbols have been around for millennia. (Indeed, Baskin’s concept was inspired by the faux-aristocratic crests on Victorian houses in San Francisco, which a friend of hers flippantly referred to as “the blue check before Twitter”.) The internet has turned out to be the natural habitat of status symbols because symbols and status are both inherently virtual, and they have therefore proliferated online at an ever-accelerating pace. Porting a status symbol from the internet to the physical world is awkward, and accentuates all of the unnoticed weirdness of prized emblems such as blue checks. Baskin enriches this awkwardness by also porting all of Twitter’s rules for recognition of “authentic public figures”.

The push and pull between people who desperately want blue checks on their houses and those who find the putative crests deplorable sets up a valuable conversation about values and value in a city that is itself an emblem of privilege gone awry (and homeless people forced to vanish in order to make room for beneficiaries of a virtual economy). There is enough suppressed irony in San Francisco to make a satirist cry. Instead, Baskin has surfaced a latent desire in all its grotesqueness, sending her boulder-free city into self-directed therapy.

SEO and social media: How to use search to boost your social marketing

Google Search Console Insights is now available to all