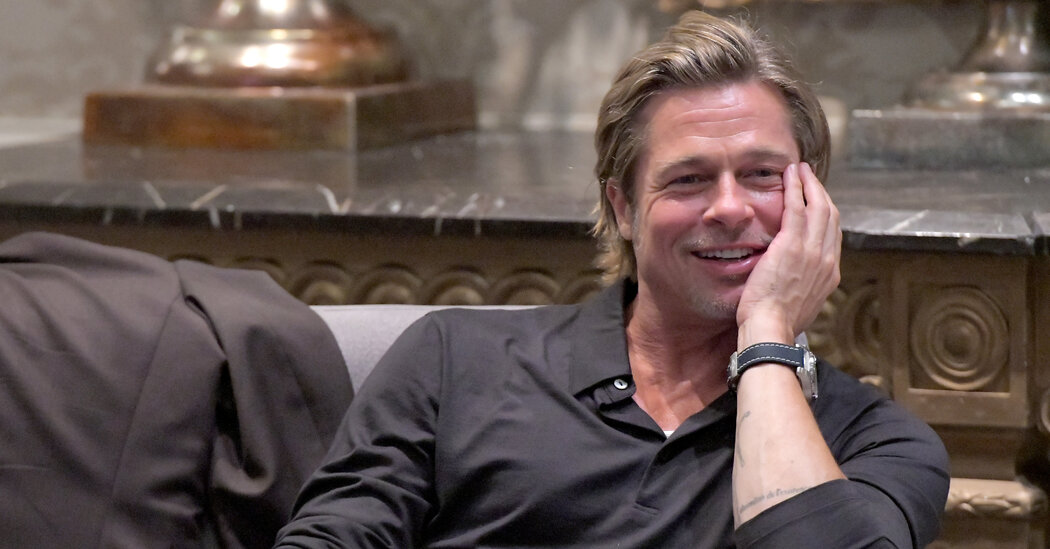 In January 2019, the Swiss watchmaker IWC Schaffhausen invited 800 guests to a Geneva convention hall staged as an airplane hangar to celebrate the redesign of its Spitfire collection of pilot’s watches. A vintage Spitfire was part of the spectacle, as were some the brand’s star ambassadors: Bradley Cooper, Rosamund Pike, Dev Patel, James Marsden and Sonam Kapoor.

It was not the first time IWC had hosted a gaggle of celebrities at a gala affair. Starting in the mid-2000s, the watchmaker made partnering with Hollywood A-listers central to its marketing strategy. But it may well have been the last.

“I think that time has passed,” Christoph Grainger-Herr, the company’s chief executive, said on a video call late last month. “When you look at the role of celebrity brand ambassadors at live events, that was obviously completely disrupted by Covid.”

The absence of red carpets is the least of it. Even before the pandemic, brands had begun to seek more authentic and relatable partners, broadening beyond cinema and sports to include adventurers, chefs, musicians, DJs and tattoo artists. By and large, however, the focus remained on in-person appearances.

But now, instead of settling for one-and-done photo opportunities at fancy events, many watchmakers want their ambassadors to create enduring content for their digital channels. Not only is the approach less costly and more environmentally sustainable than flying V.I.P.s around the world, it is also tailor-made for watch lovers marooned at home. The thousands — maybe millions — of brand fans who wouldn’t have gotten an invitation before now find themselves at the event.

“Last April, we had our first digital summit — on average, we had three to four million viewers,” said Georges Kern, chief executive of Breitling, which counts Brad Pitt, Charlize Theron and Adam Driver among its ambassadors. “Of course, we pushed it with advertising, but we had a much wider reach than we ever had with events.”

Budget considerations are one factor. But they’re not nearly as important as the industry’s growing sophistication “about how to work with content,” Mr. Grainger-Herr said. Steeped in metrics that quantify reach and engagement across social media, watch brands are more attuned to the attention that their celebrity marketing receives.

Mr. Choi offered an example: Last fall, IWC promoted a short film starring Mr. Marsden as the company’s founder, Florentine Ariosto Jones, the latest in the brand’s series of “Born of a Dream” films. (The previous installment featured the California-born quarterback Tom Brady, a.k.a. “A Boy From San Mateo.”)

Ms. Blanchett’s bit part as sustainability interlocutor was far from the glamorous appearances she has made for IWC since joining the brand in 2006, when it was headed by Mr. Kern, Mr. Grainger-Herr’s immediate predecessor.

A natural showman, Mr. Kern presided over a growth spurt at the company, partly because of the awareness its famous partners helped generate.

“IWC was seen as a very technical, very masculine engineering brand, but not something people wanted to buy because it was cool,” said Alexander Linz, who runs the YouTube channel for WatchAdvisor.com. “Georges used celebrities to quickly transport people to Schaffhausen” in Switzerland.

Since joining Breitling as its chief executive in 2017, Mr. Kern has taken a more nuanced, yet equally aggressive, approach to celebrity marketing. The brand groups its ambassadors into three-person “squads” covering cinema, aviation, triathlons, exploration, surfing and philanthropy. Last year, it built an in-house studio so Mr. Kern could interview some of them for a webcast to introduce new watches.

The ethos behind the ambassador choices was Mr. Kern’s growing conviction that luxury is becoming more inclusive, sustainable and casual, and that Breitling’s partners must embody those principles.

“Look at our boutiques. We have pool tables, vintage motorbikes, red brick walls,” Mr. Kern said on a recent video call. “Even our brand ambassador Brad Pitt, one of the biggest stars in the world, is an informal guy. We wanted to avoid classic luxury associations such as tennis and Formula 1.”

By contrast, the avant-garde watchmaker Richard Mille thrives on such connections. His namesake brand has 42 ambassadors, including the tennis star Rafael Nadal, the Brazilian racecar driver Felipe Massa and the actor John Malkovich. But Amanda Mille, the watchmaker’s head of clientele (and daughter), found it difficult to specify the criteria by which they were chosen.

“The only thing we need them to have is passion,” Ms. Mille said.

Wittingly or not, she has been following a playbook written by Jean-Claude Biver, whose successful brand turnarounds through the 1990s and 2000s earned his reputation as a watch marketing genius. In 1995, he hired the supermodel Cindy Crawford as the face of Omega’s Constellation collection, followed by James Bond, who had been a Rolex man until he wore an Omega in the 1995 film “GoldenEye.”

Mr. Biver attributed the success of the pioneering partnership with Ms. Crawford, which has continued, to the depth of her relationship with the brand.

“When you just have a contract, the impact is limited,” Mr. Biver said on a recent phone call. “But when you have a personal relationship, and the ambassador loves the watch, then one and one makes three.”

While some brands, such as A. Lange & Söhne, have resisted celebrity partnerships (“We have thousands of brand ambassadors: our clients,” its chief executive, Wilhelm Schmid, said), others, such as Frédérique Constant, have abandoned the model altogether.

But the biggest watch brands continue to seek partners — younger and more relevant to millennial and Gen Z audiences — who will help them make good on Mr. Biver’s formula. A year ago, for example, Bulgari named Zendaya, the 24-year-old star of the HBO drama “Euphoria,” as a global ambassador.

“We go for much younger ambassadors than before,” Jean-Christophe Babin, chief executive of Bulgari, said on a video call in late January. “Four years ago, our main ambassador was Carla Bruni, in her mid-40s. Today, the main face of the brand is Zendaya in her mid-20s. Not only is she very relevant to the younger generation but she’s also very famous to my generation.”

The rationale for choosing such high-profile partners is their ability to act as loudspeakers, especially when they share “short, dynamic, viral” messages on their social media channels, said a spokesman for Tudor, a Geneva-based brand. In 2017, Tudor selected David Beckham, Lady Gaga and Jay Chou, a Taiwanese singer, to personify its “Born to Dare” marketing campaign.

The question many Swiss executives are grappling with, a year into a pandemic that has clobbered watch exports, is whether paying millions of dollars to big, globally renowned stars is truly the best way to sell watches.

Brands almost universally refuse to say how much they pay ambassadors and say that they cannot quantify the return on those investments. But Mr. Choi, the former Richemont marketing executive, said: “It’s a high rate of return working with Hollywood. There are different metrics some companies use to gauge what that placement is worth, based on the type of exposure you have, the length of exposure. It’s based off how much an ad buy would be for a project that made that much money and attracted this many eyeballs.

“They have all these different equations and get a baseline for what your return on investment is,” he added. “A lot of brands look at it like advertising.”

And others deliberately go for a kind of high-low mix in their lineups.

Nicknamed “The Coach,” Mr. Mouratoglou has 197,000 followers on Instagram compared with Ms. Williams’s 12.8 million. And yet, Zenith could benefit more from that partnership than the Swiss watchmaker Audemars Piguet does from its ambassador relationship with Ms. Williams, said Kellan Terry, director of communications at Brandwatch, a Brighton, England-based firm specializing in digital consumer intelligence.

“Macroinfluencers have these massive audiences — brands are throwing something against the wall and seeing what sticks,” Mr. Terry said. “But with micros, you can have confidence you’re speaking directly to target buyers.”