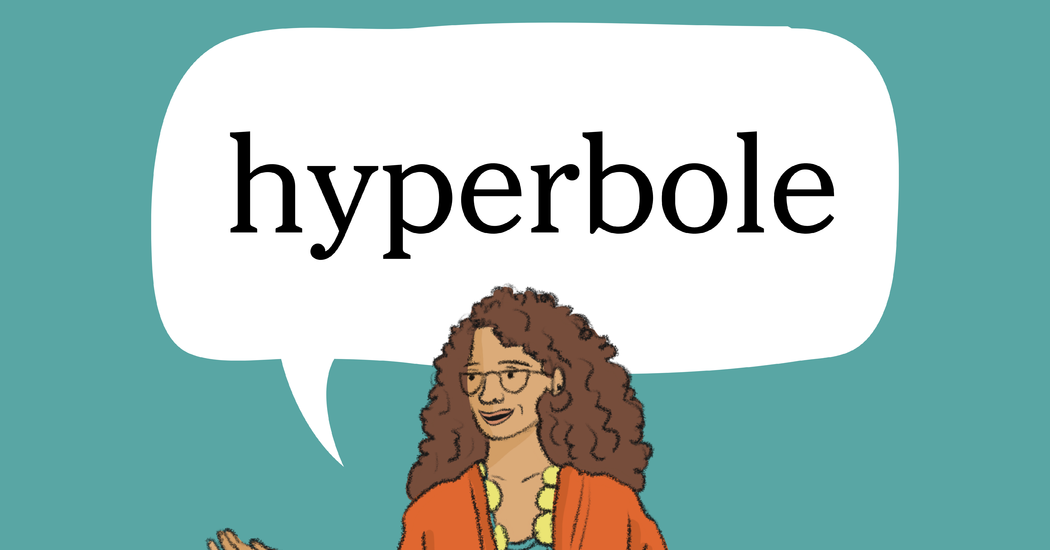 The word hyperbole has appeared in 93 articles on NYTimes.com in the past year, including on Nov. 25 in “Holiday Windows Aren’t Over. Neither, They Say, Is New York” by Vanessa Friedman:

If you think calling a shop window an art form is hyperbole, consider the fact that some of the names that have dabbled in the discipline include Salvador Dalí, Jasper Johns, Robert Rauschenberg, James Rosenquist and Andy Warhol.

The first time Simon Doonan came to New York City, he rushed straight from J.F.K. airport to Fifth Avenue to see the department store holiday windows. It was the 1970s, and they were a font of endless, glorious inspiration for a boy from Reading, England, in all their animated-elf and candy-cane-festooned glory.

“The visual enticement was extraordinary,” said Mr. Doonan, who grew up to spend decades as the maestro of the famous windows at Barneys New York and who is currently a judge on “Making It,” the craft competition show. “New York was the capital of window display.”