This article has been written by Arpita Tripathy, pursuing BA LL.B (Business Honours) in KIIT School of Law. This is an exhaustive article which deals with what is unusual about Xiaomi filing a patent for a foldable smartphone with a rotating quad camera. 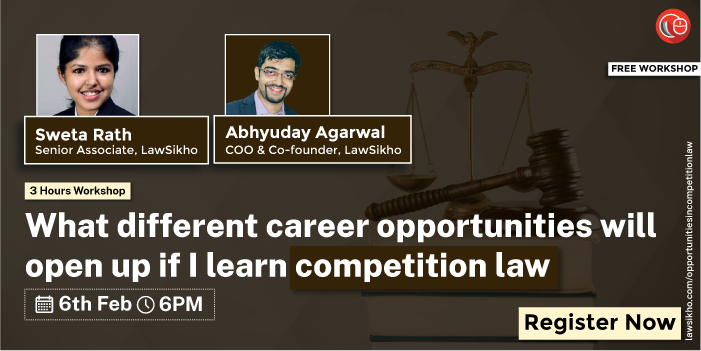 The 4th largest smartphone brand in China that has been creating headlines with new models of phones every now and then is Xiaomi. The new features of the mobile at an extremely cheap rate has made the brand a domestic favorite among the customers in our country. Being a customer’s favorite, Xiaomi has become one of the well-cemented smartphones of the country. The new model of Xiaomi, which is a foldable smartphone with a rotating quad-camera has been making headlines for its uniqueness from one of the most trusted brands.

The literal meaning of the Chinese word ‘ Xiaomi’ is millet. This name was suggested by the Chief Executive Officer of the company, Lei Jun. The CEO thought there lies a whole different aspect of the meaning. He said that according to Buddhists that a rice grain can be as great as a mountain. Just like its name, the company has climbed stairs to become one of the most valuable unicorn companies in the world.

Xiaomi Corporation, a relatively younger multinational company was incorporated in 2010 in China with its headquarters in Beijing. Since its incorporation, the company has only grown wider and bigger. It has marked its popularity in many countries of the world including India. The company is trying to expand its market to other countries like Indonesia. The company deals with many electronic appliances, mobile phones, laptops, apps, home appliances, shoes, smartwatches, television sets, etc. This company has been listed on the Hong Kong Stock Exchange. This company has been recognized as the 4th most valuable technology start-up company after Apple, Samsung, and Huwaei. It is the largest manufacturer of mobile phones in China. Its expansion beyond China started with Singapore.

A consumer’s favorite brand, Xiaomi has been ranked in the second position in India in terms of the largest mobile manufacturer of mobile phones. For entering into the Indian market Xiaomi partnered itself with Flipkart. Xiaomi started off with MI 3 in the market after deciding to expand its market beyond China and Singapore. Along with India, Xiaomi also expanded its wings in Malaysia and the Philippines.

The marvellous market strategy of the company has made the company stand in this successful position. The company launched its mobile with Flipkart which was already an established online shopping site. With the collaboration, it started selling the mobiles in flash sales. In flash sales, the price of the mobiles was kept low and there were only a limited number of mobiles. The customers being attracted to the price of the smartphone bought mobiles from the flash sale. Within a few minutes, the whole stock was over.  The strategy of cheap pricing coupled with the latest technology made it the favorite brand among common people. However, the heavy reliance on online sites backfired the company because in China people are comparatively less tech-savvy. Therefore, the company also started focusing on retail shop sales.

The brand was also seen to be much cheaper than local brands. Chinese brands are usually not trusted because of their lack of quality but Xiaomi removed all the doubt from the minds of the customers. The company made sure that it took care of all the features of the phone and constantly updated them. Xiaomi understood the sentiments of the customers and made a strong market base in the country by launching several models of smartphones and other products. The constant innovation of the company has helped it to remain ahead of its competitors. The company has established factories in the country and more than 700 service centers.

Copyright protects the creative work of the author, which includes, paintings, photographs, articles, cinematographic work, architecture and computer coding. The patent protects the unique and useful invention of a person. In a company which is technology-oriented like Xiaomi, patents are the most important intellectual property which they must protect in order to prevent other companies from abusing the same. Xiaomi is a multinational technological based company which has attempted to launch new models with new features at an affordable rate, for this Xiaomi has to patent its new inventions for prevention of any misuse.

Lastly, the subject matter of the Patent should be in accordance with Section 3 of the Indian Patent. An up-gradation or manufacturing process can also be patented.  Discoveries are not granted patents. The microorganisms, living enzymes, naturally occurring substances, plants, etc., cannot be granted patent. Neither does immoral inventions be granted patents.

The grant of a patent will prevent all others from re-creating, selling, and using without the permission of the owner of the patent. A patent is provided to the inventor because it would serve as an incentive to the inventor. He can also demonstrate the usefulness of the invention. He will receive more profits and will be a tough competition for the others. It will prevent unauthorised copying of the inventions as well. The patent holder can sue and claim compensation from the one who violated his patent. These factors encourage other people to indulge in research and development to create new inventions which will be useful to the industries.

In an era where every month we see some new features appearing on smart phones and every year some innovative smartphones are launched. In this tough competition, Xiaomi has always been at the top. With new technologies, good quality and cheaper prices customers want to grab the latest phones.

The phones and its designs have been evolving from time to time. From t9 dialer keypad mobiles, qwerty mobiles and now after the introduction of Apple iPhones in the market, touchscreens picked up pace. This generation has seen changes from time to time. Since the introduction of touchscreens, the essence of interaction with the phone has not changed.  Bigger screens are being promoted by the mobile phones industry. The reason behind bigger screens for better processor, long and better battery life, easy usability, games and multimedia facility. For bigger and better screens, smart phones have evolved the concept of foldable phones. The screens can be folded to keep it pocket friendly and can be unfolded to make a tablet for better facilities. The foldable phone screens are based on ‘Android continuity’ which means that the phone can unfold and show work on the apps smoothly without any hassle.

Samsung with its Galaxy fold introduced its first-ever foldable smartphone so that it can cope with the demand of bigger screens without compromising on any of the previous facilities. The phone has an infinity flex display and it provides a battery life of 4500mAh. The phone also provides for 512 GB of storage. Later, Samsung introduced the Galaxy Z Flip which has a vertical flip with an AMOLED screen display and Snapdragon 855 processor. Huwaei also jumped into the competition with its foldable phone, Huwaei Mate X with a triple camera and 512 GB storage.

Xiaomi has taken up the level a bit higher by patenting unique features of the foldable phone which has not yet been launched in the market. This is Xiaomi’s first-ever foldable smartphone. The cost of the phone would be more than the existing Xiaomi smartphones but less than the other brands in the competition. The foldable smartphone was first featured by the co-founder of the company, Lin Bin. Xiaomi very efficiently has combined the foldable phone along with a twisting camera. The clamshell of the Xiaomi phone is much like the clamshell of the Motorola RAZR or the Samsung Galaxy Z flip. The model of Xiaomi is going to be very interesting because it borrows concepts from both Motorola and Z flip. The phone folds inwards and there are no cutouts on the screen. The primary display is just slim like normal one screen smartphones. The rotating quad camera is something that will excite the customer base because the camera can be spun and have a 360-degree camera on the top. However, this is just a patent model and the customer model can be very different and can vary by playing around the technologies patented.

Very recently, Philips filed a case against Xiaomi in the Hon’ble High Court of New Delhi. The main issue here was that Philips’ had patented Universal Mobile Telecommunication Services (UMTS) enhancement (HSPA, HSPA+, and LTE) which was being used by Xiaomi. Philips’ sought payment (royalty) for the use of technology. But Xiaomi did not pay the sum as was asked by Philips’. According to Philips’ three patents have been violated by Xiaomi. Philips’ approached the High Court for the same.

Philips’ approached the Delhi High Court under Order XXXIX Rule 1 and 2 of the Civil Procedure Code. Philips’ prayed that any device which includes UMTS enhancement (HSPA, HSPA+) and LTE should not be sold, manufactured, imported or exported. The product which has patented technologies should not also be advertised on any e-commerce website. An injunction order should be passed for any of the above activities. Philips’ also prayed to the Hon’ble High Court that the Central Board of Excise and Customs be directed to stop any kind of import of the allegedly infringed patented technology.

The Court asked Xiaomi to maintain an amount of Rs. 1000 Crores in the bank accounts and details of such bank accounts should be informed. The Court gave a time period of 4 weeks for Xiaomi to file a reply. The next hearing is in January 2021.

InterDigital filed suit against Xiaomi in the Hon’ble High Court of Delhi. It was alleged by InterDigital that two of its patents have been violated by Xiaomi. There were negotiations going on between the two companies but the negotiations failed. The allegations are regarding five cellular 3G and 4G patents. The plaintiff company has prayed for appropriate royalty for its usage if Xiaomi does not comply with FRAND (Fair, Reasonable, and Non- Discriminatory license). InterDigital had filed a case in Delhi High Court but Xiaomi approached China’s Court for the case.

Xiaomi, one of the most reputed multinational companies of the world which has developed several new and unique phones has been trying to protect its products from any misuse. The misuse is prevented by patenting their products. Xiaomi has launched a new foldable smartphone with a rotating camera. The company has already applied for a patent for the product.