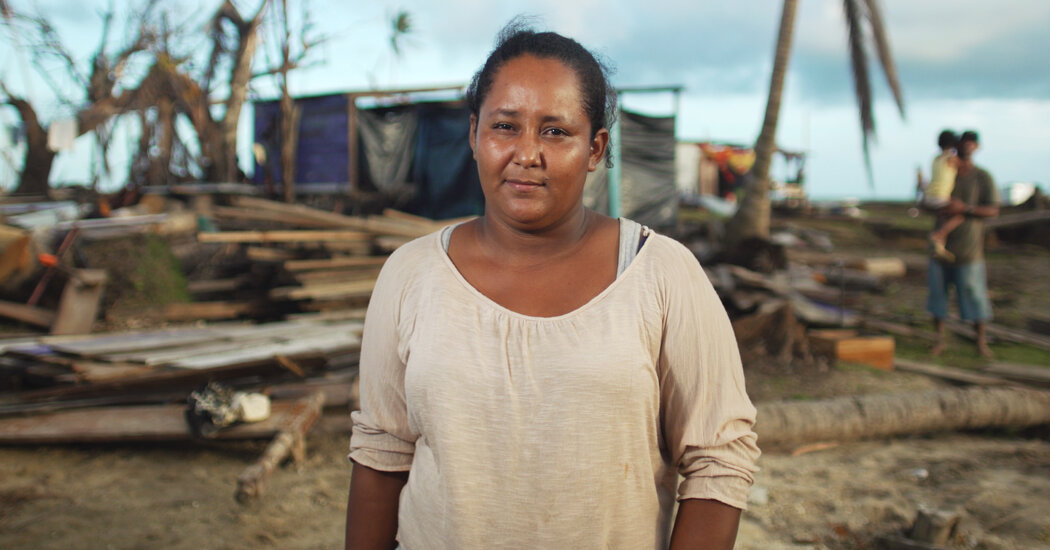 TV announcer: “Hurricane Eta, right now.” “Across the western side of the Caribbean.” “— 155 miles per hour.” In November, two monster storms slammed into Nicaragua’s northeast coast. First, Hurricane Eta, then just two weeks later, the most powerful Atlantic hurricane of the season, Iota. The Indigenous Miskito village of Haulover suffered a direct hit. When the skies cleared, the coastline had been transformed. Where once there was a verdant coconut grove, the ocean now cut through the center of town, connecting to a lagoon. Nicaragua has seen storms before, but never like this. As climate change intensifies, hurricanes are becoming more destructive, and these coastal communities are bearing the brunt. Now people here are facing a new dilemma. Should they rebuild in the only area they’ve ever known, or should they seek refuge inland, away from the sea? One person advising displaced residents is Marcos Williamson, an environmental scientist at the Regional Autonomous University in Puerto Cabezas. He’s sending a team of researchers to Haulover to assess storm damage and to determine if it’s even a viable place for people to live anymore. 2020 tied for the hottest year on record for the planet. And it was the most active hurricane season in the Atlantic. When the team sets out, it finds Nicaragua’s vast old mangrove forests battered and broken … … along with wildlife that appear to be disoriented or hurt. Donald Williams, a marine biologist, says that local fish and wildlife need mangroves to survive. If these mangroves don’t recover, then the fish, Haulover’s key source of food and livelihood, may not either. Now all the rotting material and saltwater have upset the lagoon’s ecological balance, and they’re endangering the freshwater fish. Gone, too, are the coconut trees and a dietary staple. Lorenzo Castro is a community leader, whose family has lived in the region for generations. Castro and other leaders have identified a tract of land suitable for resettlement, located a few miles inland along the canal. And having surveyed the damage, researchers agree that moving inland is the safe course of action. But moving inland, while safer from hurricanes, comes with a price. It would mean abandoning a cultural way of life by the sea and taking up farming. That’s a change many aren’t ready to make, not yet. While scientists and community leaders can advise, in the end, it’s up to the residents to decide where, or if, they want to go. For now, most are surviving with donated food and fishing supplies, hoping for government assistance, and building temporary shacks where their houses once stood. A number of families, about 60 of the 300 or so, have already decided to move to the safer inland location. In the meantime, everyone is salvaging what they can of their former lives. “One, two, three.”