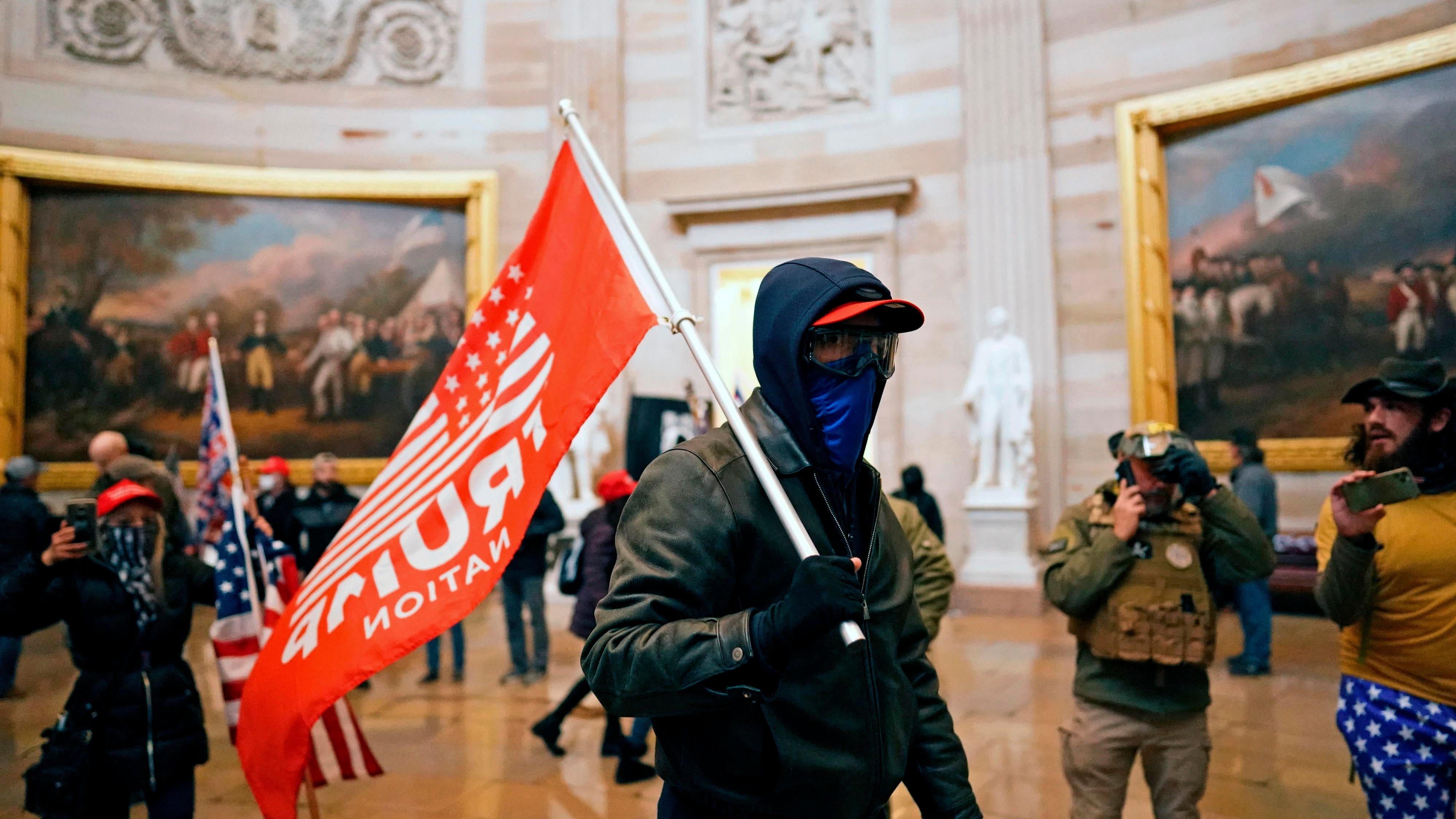 YouTube has removed two videos from independent journalists documenting the Capitol riots, including one from a progressive news outlet, causing frustration that the Google-owned company’s efforts to combat right-wing misinformation is harming good-faith journalism.

YouTube removed a video Wednesday from progressive news outlet Status Coup depicting a Capitol police officer getting crushed in a doorway by rioters, which has since been licensed by CNN and the Guardian.

YouTube also took down a video from independent journalist Ford Fischer, who uploaded footage from former President Donald Trump’s speech and the crowd’s reaction before rioters stormed the Capitol—a key moment in the impeachment complaint against Trump.

In notices to both channels, YouTube stated that “content that advances false claims that widespread fraud, errors, or glitches changed the outcome of the U.S. 2020 presidential election is not allowed on YouTube.”

Both Fischer and Status Coup co-founder Jordan Chariton, told Forbes they were baffled and angry that YouTube can’t tell the difference between raw footage meant to document a historical event and bad-faith conspiracy theorists intentionally promoting misinformation about the election.

It’s unclear if YouTube’s algorithm mistakenly flagged both videos in the first place, but in a series of tweets the company said Fischer’s videos don’t “include countervailing views or sufficient context of the claims made in the footage” and then demonized his entire account. (YouTube did not immediately respond to a request for comment from Forbes and it has not responded publicly to Status Coup).

That policy, though, doesn’t appear to be enforced against news outlets, such as NBCNews and the Telegraph, that have uploaded the speech in full without any additional reporting or context.

Following the election, YouTube was criticized for moving slower than other platforms in addressing election misinformation. It wasn’t until December when it decided to ban content disputing the election results. And after the January 6 attack, which was caused by conspiracy theories about the election, both Twitter and Facebook banned Trump indefinitely, while it took Youtube a week to announce a suspension. Still, all of the major social media networks have drawn outrage from Republicans and other critics who say Big Tech is exerting too much control over the internet. Some already warned that crackdowns could lead to unintended consequences.

YouTube’s treatment of Status Coup has caused Chariton to rethink how tech companies handle misinformation. After the Capitol attack, Chariton thought that outlets spreading conspiracy theories should be “taken off the air.” But now he says those “not directly calling for people to commit violence” have the “right to spew misinformation and/or conspiracies dressed up as journalism.” “You can’t have Silicon Valley platforms that are frankly making decisions to avoid regulation determining through their algorithm what is and isn’t trustworthy news,” he said.

Fischer said his video, which showed the crowd chanting “fight for Trump” before the attack, is crucial for the public to see because Trump will stand trial in the Senate over whether he incited the riot. Jay Ulfelder, a fellow at Harvard’s Carr Center for Human Rights Policy, wrote in an email to YouTube that Fischer’s videos also “serve as crucial archival material for future scholars looking to get a better sense of what happened than our data or other news sources can provide.”

This isn’t the first time YouTube has taken action against both Fischer and Status Coup. In 2019, Fischer was demonetized during a crackdown on Holocaust denialism after two of his videos were removed. The first showed pro-Palestine and pro-Israel protesters shouting down a Holocaust denier at that year’s American Israel Public Affair Committee conference. The other was raw footage of a speech given by neo-Nazi Mike Peinovich Enoch. Fischer wasn’t promoting the views shown in the footage, but it still took seven months for YouTube to re-monetize his channel. Meanwhile, Status Coup had a livestream of a Second Amendment rally taken down last month because it violated YouTube’s firearms policy.