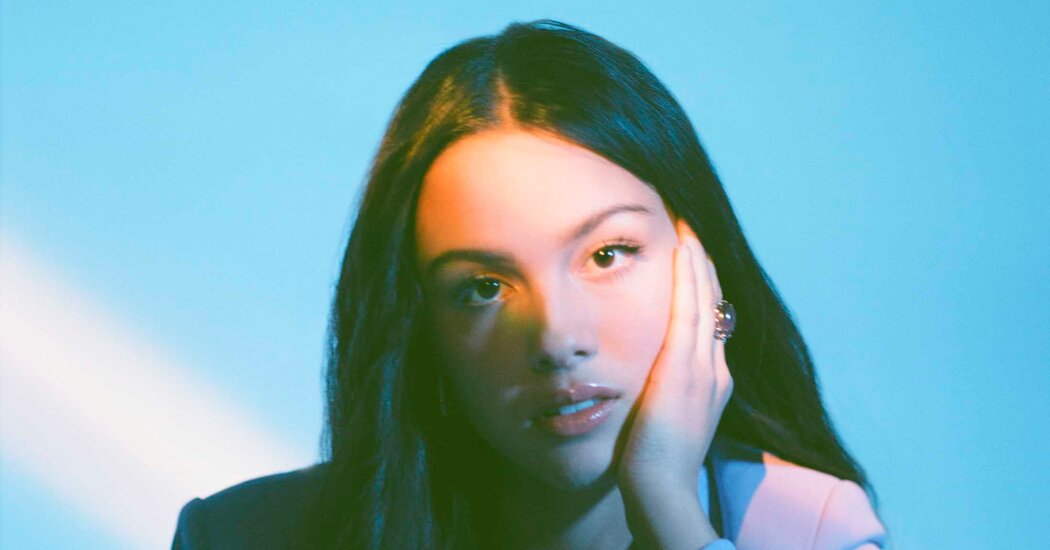 Did you recognize this lyric from Olivia Rodrigo’s hit song “Drivers License”? Where did you first hear it?

Rodrigo, who is 17, sings about two teenage rites of passage: heartbreak and getting her driver’s license. Why do you think the song has become one of the most-streamed of all time? Do you relate to any of its themes? Do you like it?

In “Olivia Rodrigo’s ‘Drivers License’ Hit No. 1 in a Week. Here’s How,” Joe Coscarelli writes about the hit and the music ecosystem in which it flourished:

The music industry’s first runaway hit single of the year is at once a time-tested model — a Disney actress pivoting to pop with a catchy and confessional breakup ballad — and also an unprecedented TikTok-era smash by a teenager.

“Drivers License” by Olivia Rodrigo, 17, debuted at No. 1 on the Billboard Hot 100 singles chart on Tuesday, following a record-breaking first week across streaming services like Spotify and Amazon Music. Along the way, the autobiographical song kicked up tabloid and social media speculation as listeners tried to piece together its real-life parallels as if it were a track by Rodrigo’s hero, Taylor Swift. TikTok videos led to blog posts, which led to streams, which led to news articles, and back around again. The feedback loop made it unbeatable.

“It’s been the absolute craziest week of my life,” Rodrigo, who really did get her driver’s license last year, said in an interview. “My entire life just, like, shifted in an instant.”

At a shaky and uncertain time for the music business, amid the pandemic and civil unrest, “Drivers License” was released across platforms and with a broody music video on Jan. 8 by Geffen Records. The song was then streamed more than 76.1 million times in the United States for the week, according to Billboard, the highest total since “WAP,” by Cardi B and Megan Thee Stallion, in August (93 million). On Spotify, “Drivers License” set a daily record for global streams for a non-holiday song on Jan. 11, and then beat its own number the next day, eventually setting the service’s record for most streams in a week worldwide.

“Drivers License” may represent Rodrigo’s proper debut as a solo artist, but she came with a built-in audience thanks to her Disney roles. Born and raised in Southern California, she became a belting talent-show regular by the age of 8 and was cast first on “Bizaardvark,” which ran for three seasons on the Disney Channel between 2016 and 2019. Rodrigo, who learned to play guitar for the role, starred as Paige Olvera, a teenager who makes songs and videos for an online content studio.

She currently stars as Nini Salazar-Roberts on the Disney+ series “High School Musical: The Musical: The Series.” Last year, a song written by Rodrigo, “All I Want,” became the show’s most successful track so far.

But like Miley Cyrus, Selena Gomez and Demi Lovato before her — and Britney Spears, Justin Timberlake and Christina Aguilera before them — Rodrigo took her experiences within the Disney machine and attempted to translate them for a broader, more adult audience. Fans have speculated that “Drivers License” is about Rodigro’s “High School Musical” co-star Joshua Bassett, who released his own single — and car-centric video — on Friday.

Erlich, the Spotify executive, said that there was “a ton of X-factor that made this the perfect storm” for Rodrigo, including the gossip, the quality of her song, the marketing plan prepared in advance by her label and support from celebrities like Swift and the TikToker Charli D’Amelio. “It did align perfectly and quicker than anything we’ve ever seen,” he said. “We’ve seen alignment like that, but typically it’s spread over three to six months — this happened in a day and a half.”

6 Amazing Reasons To Use eBooks In Online Training

The Informal eLearning Journey To Becoming A Digital Marketing Professional