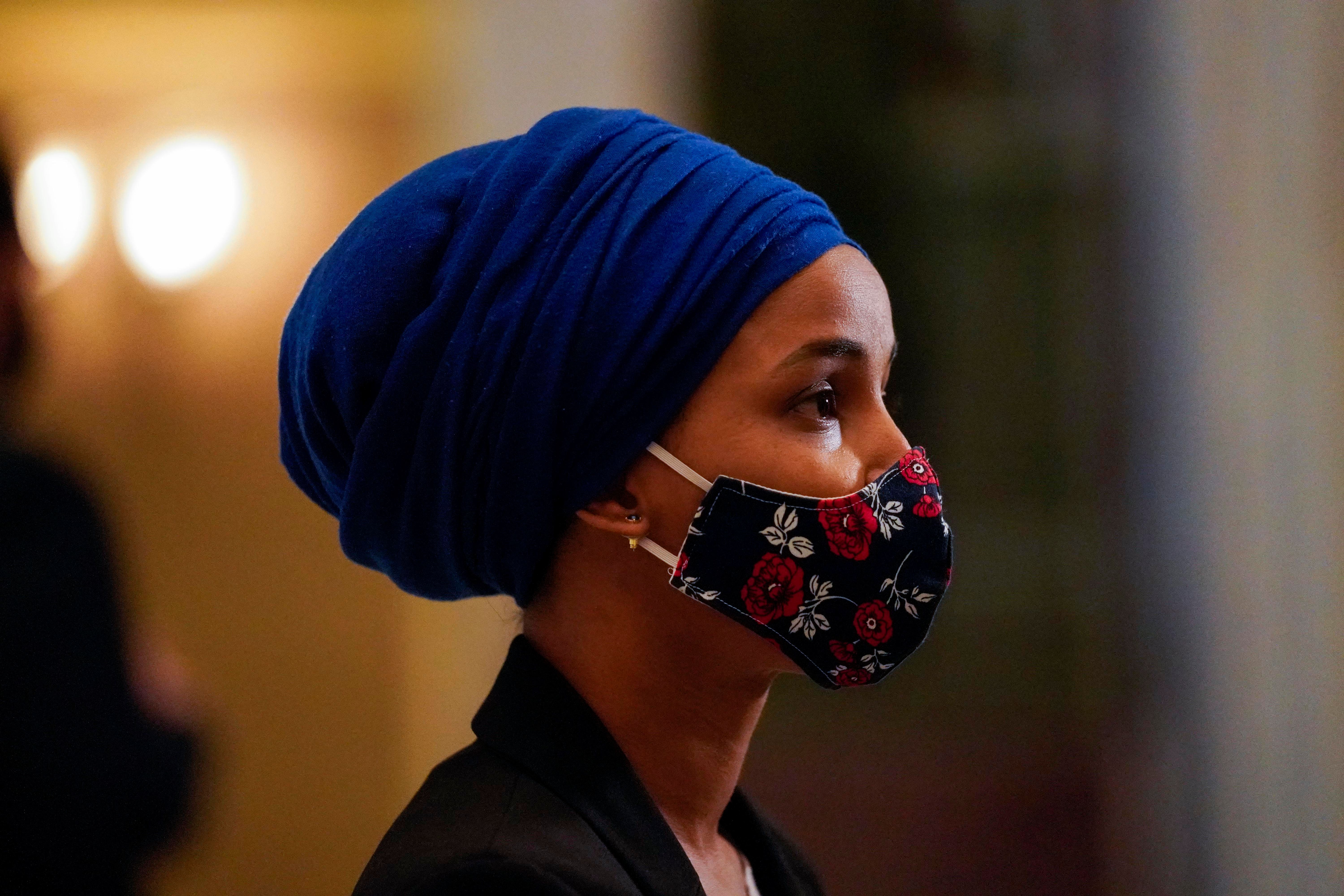 If you needed any further proof that the nation has remained deeply divided despite calls for unity, posts on social media could be an indication why.

On Wednesday, after House Democrats called to have Rep. Marjorie Taylor Greene (R-Georgia) relieved of her assignments from House committees due to comments the freshman lawyer posted online, House Republicans responded and sought to remove Rep. Ilhan Omar (D-Minn.) from her House committee assignments as well. The GOP lawmakers argued the second term Congresswoman had also spread misinformation about election and who they say had posted anti-Semitic and anti-police comments on social media.

While it was on social media where both of the Congresswomen may have gotten themselves into hot water with the comments they respectively posted, on Wednesday afternoon it was across social media where the fallout was being seen.

Fellow “Squad” member Rep. Rashida Tlaib (@RepRashida) was among those who took to social media to address the issue, posting, “Let’s be clear: this false equivalency is a pathetically desperate smear rooted in racism, misogyny, and Islamophobia. Marjorie Taylor Greene has incited violence against her fellow members of Congress. She’s unfit to serve, even by today’s #GOP standards.”

Rep. Dean Phillips (D-Minn.) (@RepDeanPhillips) also came to the support of fellow Minnesota lawmaker, “Get a grip on reality. Rep. @Ilhan Omar didn’t belittle a school shooting survivor, claim that no airplane hit the Pentagon on 9/11, insist lasers started the CA wildfires, or endorse the assassination of the Speaker of the US House of Representatives.”

The majority of the comments that followed showed deep support for Rep. Omar and noted major differences between what each woman had posted, not to mention their past actions.

CNN’s conservative commentator S.E. Cupp (@secupp) was among those who posted the stark differences, which was then shared to Twitter.

There were a few that saw the issue in other ways. Among those was Shahid Buttar (@ShahidForChange), who mounted an unsuccessful primary challenge against House Speaker Nancy Pelosi (D-Calif.), didn’t see it as a strictly partisan issue however, posting, “There’s a history here: bipartisan allegiance to the military-industrial complex prompted attacks on Ilhan by figures including Pelosi. This is not partisan. It is a reflection of bipartisan corporate corruption and the use of racism to confuse voters. We encountered it, too.”

There were few on social media who supported Rep. Greene, while political commentator Liz Wheeler (@Liz_Wheeler) was among those who supported the GOP’s calls to remove Rep. Omar from her committee assignments, noting, “So far this week… – Jen Psaki insults the military. – Lincoln Project co-founder is a pedophile. – Climate czar John Kerry flew a private jet to Iceland. – And Ilhan Omar is still on Foreign Affairs Committee. And it’s only Wednesday.”

While it does seem clear that the comparisons at this point between Rep. Omar and Rep. Greene are not entirely fair, a point is being missed even by many. Omar has found herself in the crosshairs of Republican lawmakers now not because of her faith or even her progressive views.

Omar, much like Greene, is being targeted because she posted comments on social media that have come back to haunt her. This is – and has been – an issue with social media since people began to use it. Comments can’t be “undone” and never really go away.

While some have deleted what they posted, the fact remains that once it is out there it is forever.

In the case of Greene it should also be remembered she is being called out for comments made largely before she was in office, while the House Republicans have noted comments made when Omar was in office. The question then becomes whether one is more serious than other, and the truth is that it may not matter for the reasons stated. Once the proverbial “Genie” is out of the bottle, it isn’t going back in.

This has been true of old photos of what might not have seemed like a “big deal” coming back to haunt elected officials, but once in office it certainly becomes harder to shrug off past indiscretions. Lawmakers should be held to a higher standard, and that includes commentary on social media.

What the two representatives may have posted or shared on social media may not be the same, but there is no denying both did post things they probably each now regret.