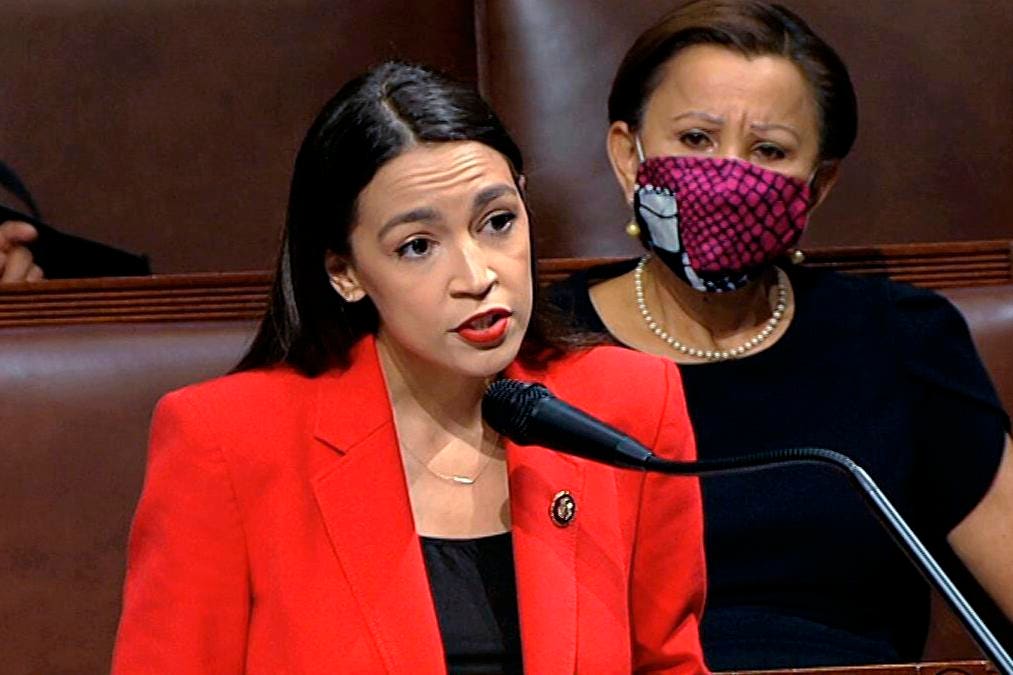 On Wednesday evening the hashtag #AOClied began to trend, after Rep. Alexandria Ocasio-Cortez (D-N.Y.) faced backlash over her initial claims about the January 6 Capitol Riot. The controversy began after the New York Congresswoman, commonly known as “AOC,” posted a video on social media that described a confrontation with Capitol Police at her office, which is located in the Capitol complex.

Soon after it was posted, many noted that her office is in the Cannon building, not the actual Capitol Building that includes the dome, as well as House and Senate chambers. It was in that building that rioters successfully breached on Jan. 6. Rep. Ocasio-Cortez’s offices in the Cannon building are accessible through underground tunnels, though the building was never breached.

The Daily Caller’s Mary Margaret Olohan (@MaryMargOlohan) was among those who reposted Rep. Ocasio-Cortez’s video description of the events.

In the video, Rep. Ocasio-Cortez described how she believed her life was at risk, and how she had to hide in a bathroom and remain silent, “I have never been quieter in my entire life.”

On Wednesday however, Rep. Nancy Mace (R-S.C.), who also has an office in the same building, shared a different take of the events from the Capitol breach on Jan. 6. Rep. Mace (@RepNancyMace) posted, “[email protected] made clear she didn’t know who was at her door. Breathless attempts by media to fan fictitious news flames are dangerous. My office is 2 doors down. Insurrectionists never stormed our hallway. Egregious doesn’t even begin to cover it. Is there nothing MSM won’t politicize?”

Soon after it was questioned whether the New York congresswoman was exaggerating the events, and media outlets such as RedState.com soon picked up the story.

Rep. Ocasio-Cortez (@AOC) took to Twitter to set the record straight as well, “This is the latest manipulative take on the right. They are manipulating the fact that most people don’t know the layout the Capitol complex. We were all on the Capitol complex – the attack wasn’t just on the dome. The bombs Trump supporters planted surrounded our offices too.”

The hashtags #AOClied and #AlexandriaOcasioSmollet – a reference to disgraced actor Jussie Smollet, who falsely claimed to be the victim of a hate crime – trended as many on social media questioned whether the story was true. By Thursday morning, #AOClied had more than 51,000 tweets.

Political comedian Tim Young (@TimTunsHisMouth) was among those who was quick to poke fun, and shared a photo of the two brothers who were reportedly paid by Smollet to stage his hate crime.

However, across social media many came to the defense of the New York Congresswoman.

@almostdr_obrien was among those voices that noted, “Her fear, her trauma, and her emotions were real. Especially after your party continually placed a target on her back. Your attempts to minimize her experience speak volumes.”

@DarakshanRaja added, “The fact this is trending ( #AOClied )is a great reminder of what happens when survivors come forward. @AOC has tremendous courage for calling out abuse and violence in all of its manifestations.”

@tonykm07 suggested, “Belittling AOC’s reaction and fear is belittling the fears and PTSD responses of every single Vet. They may not have been in her building, but when the news is showing a massive swarm of people attacking the Capitol, how can she know that?”

As with other recent hashtags that have gone viral and were soon hijacked so too was the #AOClied, but in this case it wasn’t the Korean pop music (K-pop) artists that had the last word.

Instead by Thursday morning images of cute pets were posted – and perhaps that is the best way back to unity. When commentary and conversation turns so divisive and so hateful, maybe it is time to call in something that tempers the discussion.