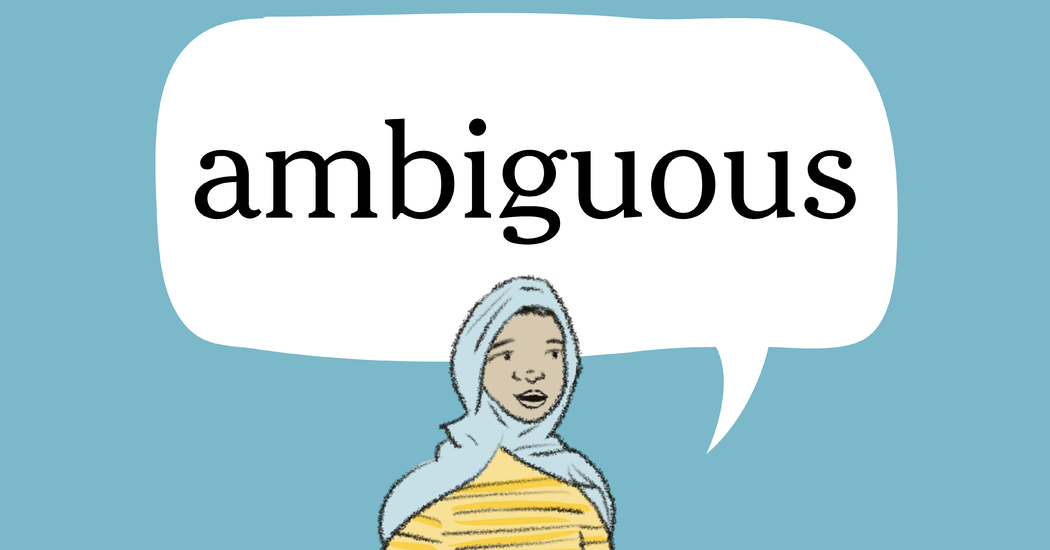 1. having more than one possible meaning

2. open to two or more interpretations; or of uncertain nature or significance; or (often) intended to mislead

3. having no intrinsic or objective meaning; not organized in conventional patterns

The word ambiguous has appeared in 216 articles on NYTimes.com in the past year, including on Jan. 1 in the Opinion essay “What New Science Techniques Tell Us About Ancient Women Warriors” by Annalee Newitz:

Though it’s remarkable that the United States finally is about to have a female vice president, let’s stop calling it an unprecedented achievement. As some recent archaeological studies suggest, women have been leaders, warriors and hunters for thousands of years. This new scholarship is challenging long-held beliefs about so-called natural gender roles in ancient history, inviting us to reconsider how we think about women’s work today.

… Armchair history buffs love to obsess about mythical societies dominated by female warriors, like Amazons and Valkyries. Let’s be clear. These findings don’t reveal an ancient matriarchy. But neither do they reaffirm the idea of societies in which men dominate completely. What they indicate is a lot more mundane and relatable: Some women were warriors and leaders; many weren’t. There was inequality, but it wasn’t absolute, and there were a lot of shifts over time. When it comes to female power, and gender roles, the past was as ambiguous as the present.