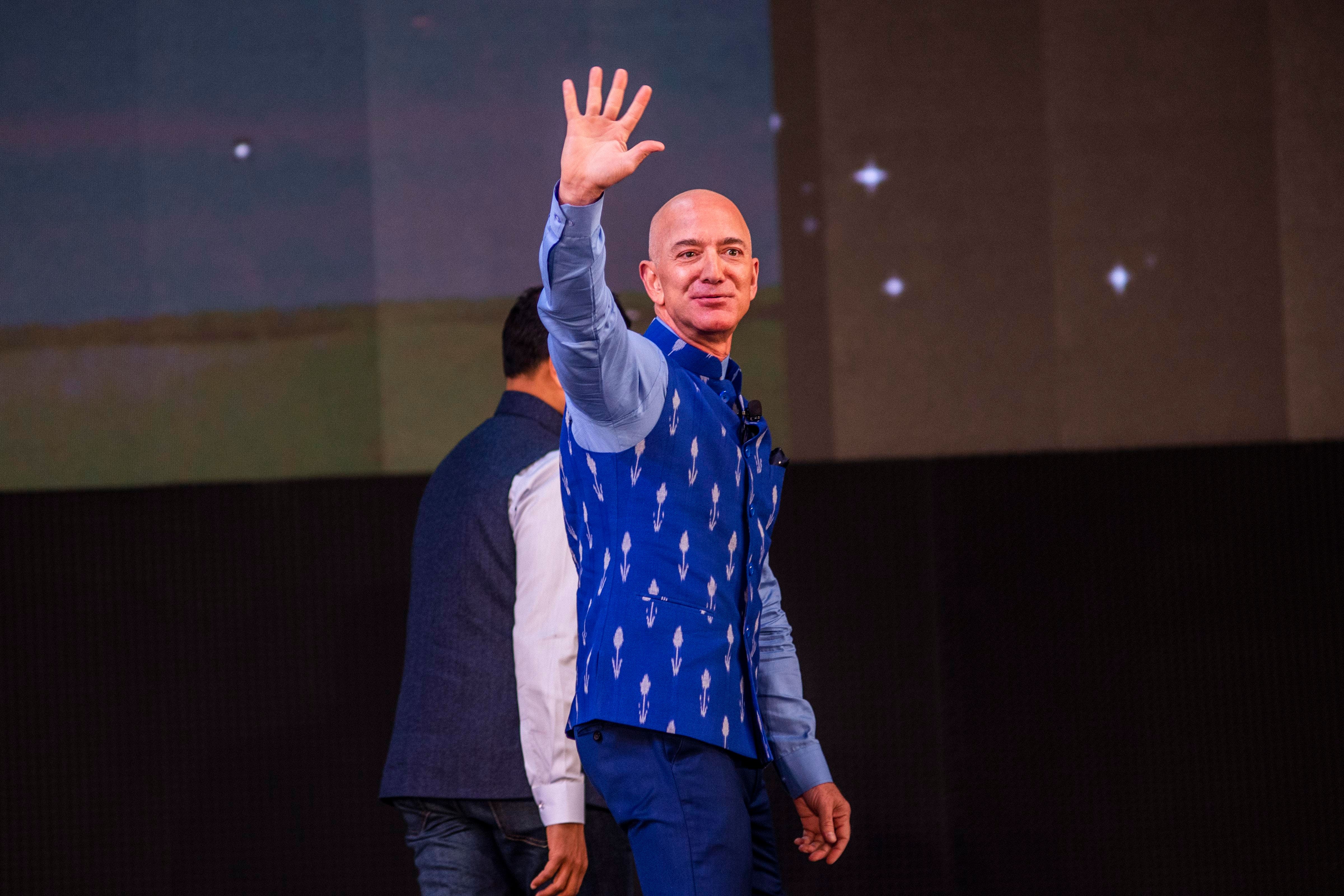 Within mere minutes of the news breaking that Jeff Bezos would step down as CEO later this year and make the transition to executive chair, social media was inundated with responses. Those ranged from the serious to the somber to the silly, but it showed that when the world’s richest man makes such a move it is going to trend on Twitter.

Nick Henderson (@that_nick) found humor in the moment, tweeting, “Still a chance that Jeff Bezos might return to Amazon HQ within 28 days in an excessively large cardboard box with a pre-paid postage label on his forehead. #JeffBezos”

@JulianDutton1 poked fun at what Bezos may do next, posting, “Just heard the terrible news #JeffBezos is leaving Amazon. I’ve set up a #gofundme page to help him through this devastating episode. Tomorrow I’ll be running to John o’Groats. We’re with you Jeff. #IStandWithJeffBezos”

JSVilliers (@JSVilliers) was among those who cast the Amazon founder as akin to a James Bond villain complete with photo of actor Telly Savalis from the film On Her Majesty’s Secret Service, noting, “Breaking: Jeff Bezos leaves Amazon job to focus on world domination.”

User @charlie_skeels went another direction in the super villain category suggesting, “Getting Lex Luther Vibes #JeffBezos” in response to the fact the Bezos could have a bit more free time in the days to come.

Then there were plenty who questioned what the news might mean for Amazon, but also the retail giant’s employees. @jayfeather31 suggested, “This will have economic repercussions, and one wonders the path #Amazon will take with #JeffBezos’s departure from his role as CEO. In any case, I hope that his replacement will treat the company’s workers better than he did.”

Some users on Twitter questioned whether Bezos’ decision had anything to do with calls from some lawmakers to tax those with extreme wealth in the country. @ajm510 posted, “Why can’t I stop thinking that this is somehow connected @SenWarren??”

Reaction To The Reaction

Such varied responses on social media really don’t come as a surprise given the history of Amazon.

“His impact has afforded companies the opportunity to develop the next-generation of ecommerce technology and while there was shock and surprise at the news of his departure, those in the innovation community are excited at the prospect of Andy Jassy taking the helm,” added Hamedi.

“It’s an interesting move for Bezos, both personally and strategically. In the former case, by stepping away from Amazon’s helm at age 57 he should have the time and energy to pursue his other interests, conquer new markets and build a legacy that is likely to reverberate for decades after Bezos is gone,” explained technology analyst Charles King of Pund-IT.

“In the latter case, Bezos is leaving Amazon in fantastically good shape and mostly firing on all cylinders,” said King. “Given Jassey’s successes at AWS, the transitions should be as smooth as anyone could hope.”

Breaking Out Before Breaking Up

The timing of the move also comes as lawmakers on both sides of the aisle have suggested tech companies have become too big and powerful – so the references on social to Bezos being a Bond villain certainly could strike a chord with many.

“Bezos is also getting out of the office just as Amazon and other tech titans, including Facebook, Twitter and Apple are likely to begin dealing with increasing antitrust scrutiny. By leaving now, Bezos should be able to avoid being the all too public face of Amazon during what could be tense and high profile Congressional hearings,” said King. “Then again, I’m sure he’ll be tuning in from the sort of massive yacht, private island or Fortress of Jeffitude that befits the world’s occasionally richest person or even a self-respecting Bond villain.”