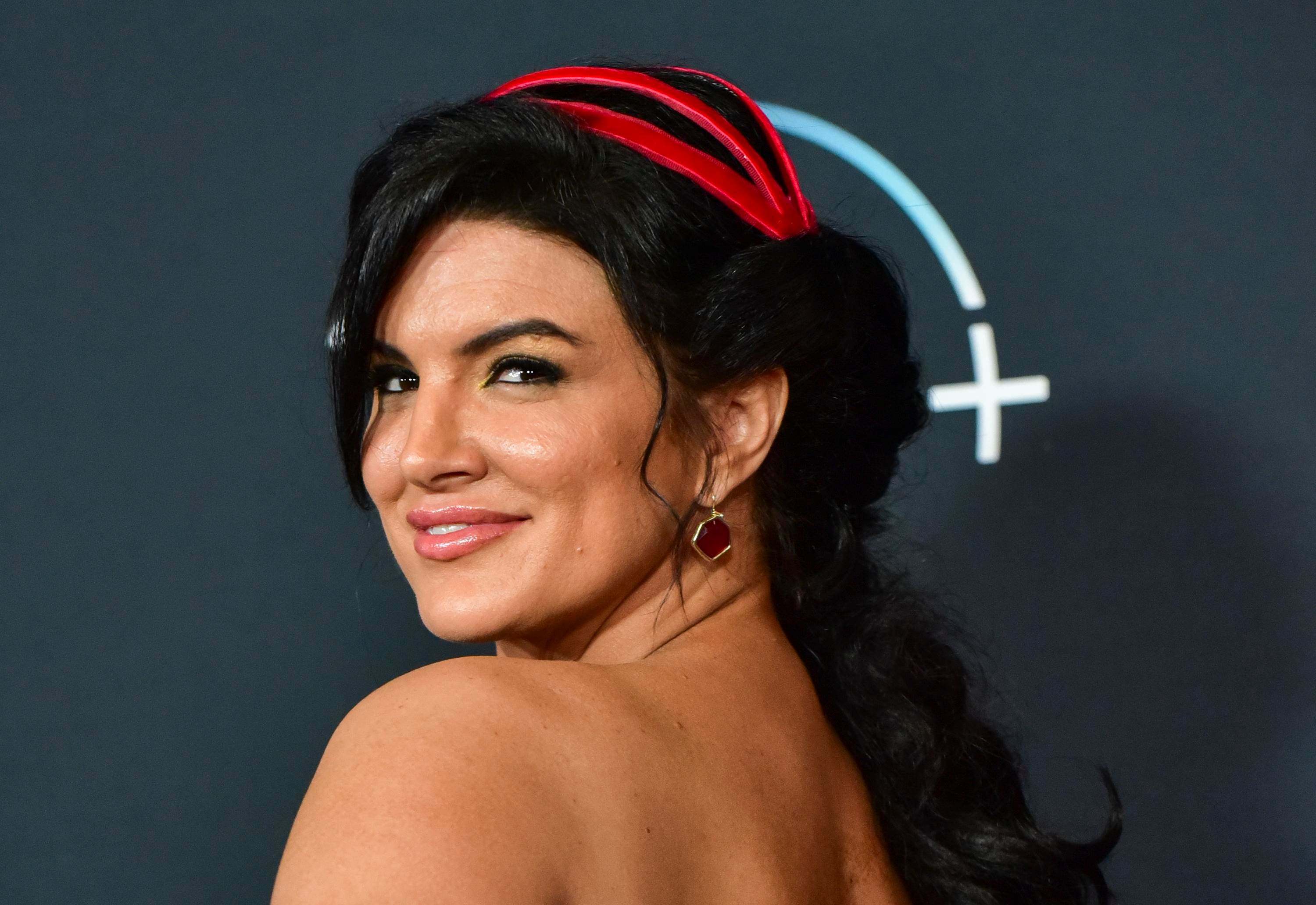 Actress Gina Carano is trending again on social media and not for the reasons the breakout star of The Mandalorian might be all that happy about. Fans of the Disney+ series have called for the fitness model and former mixed martial artist-turned-actress to be fired, and earlier this week the hashtag #FireGinaCarano started to trend.

Apparently many fans have agreed, and have called for Saturday, January 30 to the hashtag #WeLoveCaraDune, in reference to Carano’s character, to be shared across social. Of course by calling out the hashtag it has already been trending.

Ms. Carano has been a lightning rod since the summer of 2020 when she made was asked by fans if she’d add pronouns to her bio to show solidarity with the transgender community. Her response of “boop/bop/beep” – meant to sound like the droids in the sci-fi series – didn’t land with fans.

Then her support for President Donald Trump following the 2020 Presidential election was apparently more than some fans could handle.

The question is whether such response to her very personal opinions is warranted?

“The idea of a blacklist seems to be coming back, and I don’t think it is wise, and I think this behavior will harm free speech,” warned technology industry analyst Rob Enderle of the Enderle Group.

“Carano has conservative views I disagree with, but I didn’t see anywhere [that] she was inciting violence or crossing any hard lines on behavior,” Enderle explained.

For actors, what they say in their private lives can certainly hurt their “brand image” and even result in their termination. Cara Dune has become almost as popular with fans as “Baby Yoda” but as noted by the hashtag of support it is still about the character and not actually Carano.

While Disney had “deaged” some actors – notably the late Peter Cushing and Carrie Fisher for the film Rogue One – recasting a role has never been out of the realm of possibility in Star Wars. Is it possible that Carano could go even if Dune isn’t terminated or worse disintegrated?

“Disney is very conscious about their brand image, and it wouldn’t be unusual for them to discontinue working with an actor that they view has become a liability,” said Enderle. “After all, it is a business, but given Walt Disney was pretty conservative himself and had some questionable views, this kind of coverage will make them nervous. This exposure issue was the reason; historically, firms would warn employees about taking public political positions. If those positions caused brand or revenue damage, the employees who caused the problems could often be terminated. “

It isn’t just actors that could find themselves on the literal “firing line” for comments they made. However, social media being both “official” and yet “conversational” has brought this to a new level.

“Actors can become the face and ambassadors for the firms they work for, but even CEOs can be terminated if their public views create image problems for their firms; an actor has far less protection than a CEO,” said Enderle. “This result is one of the enormous problems with social media. The folks who run these services should work harder to mitigate, the ability of a user to accidentally end their careers with a poorly thought out post, repost, or the like. Yes, social media can make you more famous, but it can also change your life and not in the right way.”

Where a publicist in the past might have been there to screen every word an actor said, today that isn’t the case. However, perhaps technology could help – almost of the droid variety.

“An AI application that knows about the user and can warn them not to do something foolish or prevent is a critical feature we lack at the moment, and this event again showcases the need for such a feature,” added Enderle.

The other notable equation in the dueling hashtags involving Ms. Carano is the power not of the mystical force but of the very real fans. An opinion by a few can be amplified quickly as posts are shared, reposted and retweeted.

“Fans will always find a way to voice their opinions, and with today’s technologies, stating one’s opinion to the world is only a click away,” suggested Josh Crandall, principal analyst at Netpop Research.

“The power to lob an incendiary statement about an artist, celebrity, or product terrifies the companies who underwrite or are in some way connected to the potential PR maelstrom,” Crandall added. “Corporate PR is putting out fires all of the time and it’s getting worse by the day. Whenever there’s a potential for negative backlash, companies are switching tactics to alter a product, or clamping down on an individual’s voice. It’s such a shame to see how a few obnoxious people on Reddit or Twitter can influence good intentions and provocative thinkers.”

At the same time, it’s more important than ever for professionals in all fields to recognize the potential for career-ending PR issues and rethink how they engage on social media as well.

“Perhaps we need to rethink the saying that ‘any press coverage is good PR,'” explained Crandall. “When an artist, actor, or other celebrity is connected with companies that can be associated with their controversial personal views, they need to be cautious about what they share on social media because of the potential backlash. For many companies, the fear of a growing PR problem is not worth the relationship with the individual and the company will end the relationship. As a consequence, it’s more important than ever to understand the consequences of our actions online.”

While fans never really had the same power to call for a star’s ouster, they have used letter writing and similar campaigns to save shows. The same could be done perhaps to save the next cult classic, but as we’ve seen it could result in the termination of a star – but at the same time, students have had college admissions overturned and more than a few have faced disciplinary actions based on what they’ve posted.

“Unlike letters, on social media, the backlash can be swift, and the damage almost impossible to mitigate even if you did nothing wrong,” said Enderle. “If the social media companies don’t correct this exposure, I can see companies making staying off the platforms a condition of employment.”