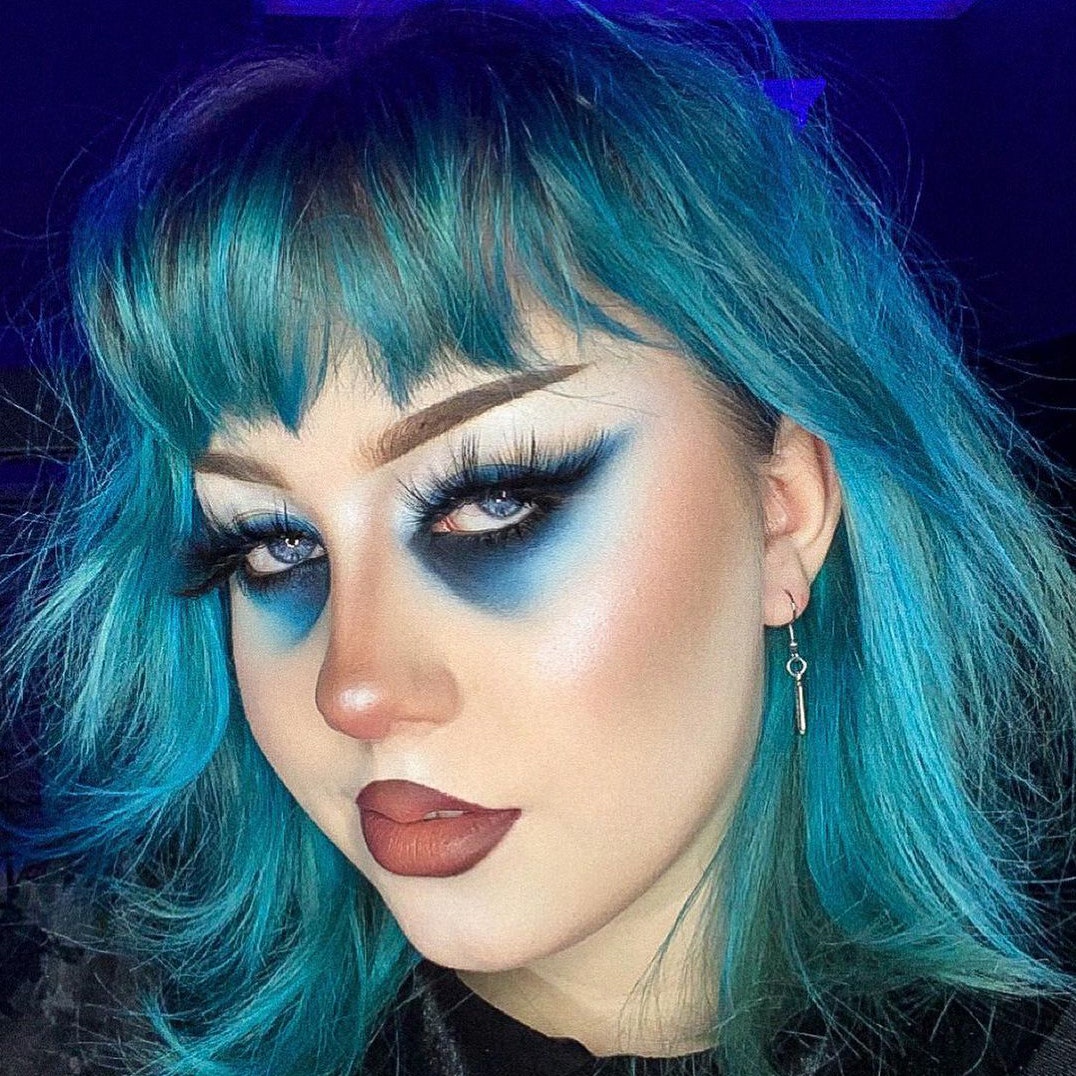 As far as makeup goes, my under eyes are the bane of my existence. They’re crinkly, crepey, and usually a little bit darker than the rest of my face. I know there’s no use in trying to change that because it’s just how under eyes work — but God, do they make makeup application difficult. Thankfully, dark under-eye circles are welcome on TikTok, where users frequently post makeup tutorials on how to get a grungy and disheveled look that anyone over the age of 25 can accomplish by merely existing.

UK-based 17-year-old Pippa Barnes, however, has taken that concept completely over the top in the best way possible with her colorful take on eye bag makeup, which looks like gothic raccoon eyes met a technicolor rainbow. She posted her tutorial on the technique on January 19, and unsurprisingly, the rest of the app is already obsessed with it (the #colorfuleyebags tag has more than 1.4 million views, with an overwhelming majority of posts coming after Barnes’ first tutorial).

“Apparently eye bags are a trend now — which I’m not going to argue with because, clearly, I have some definite baggage going on,” she jokes in her colorful eye bag tutorial video. “Y’all know I had to spice this trend up a bit.”

Her process for achieving a colorful eye bag look is ultimately similar to that of a vibrant smoky eye — just on the bottom portion of the eye instead of the top. After all her base makeup is done, Barnes applies an eye shadow primer on her eyelids and her under eyes (like most people would with concealer). Then — and here’s the somewhat intimidating part — she emphasizes the shape of her eye bags by tapping a healthy dose of matte black eye shadow along the lower lash line and in a curved shape near the sides of her nose with a dense eye shadow brush. What follows is a ton of blending with a small fluffy brush and various shades of blue eye shadow, which she uses to create a dark-to-light gradient that spans from her lower lash line all the way toward her cheekbones.

Should You Use Nioxin Shampoo for Hair Loss?