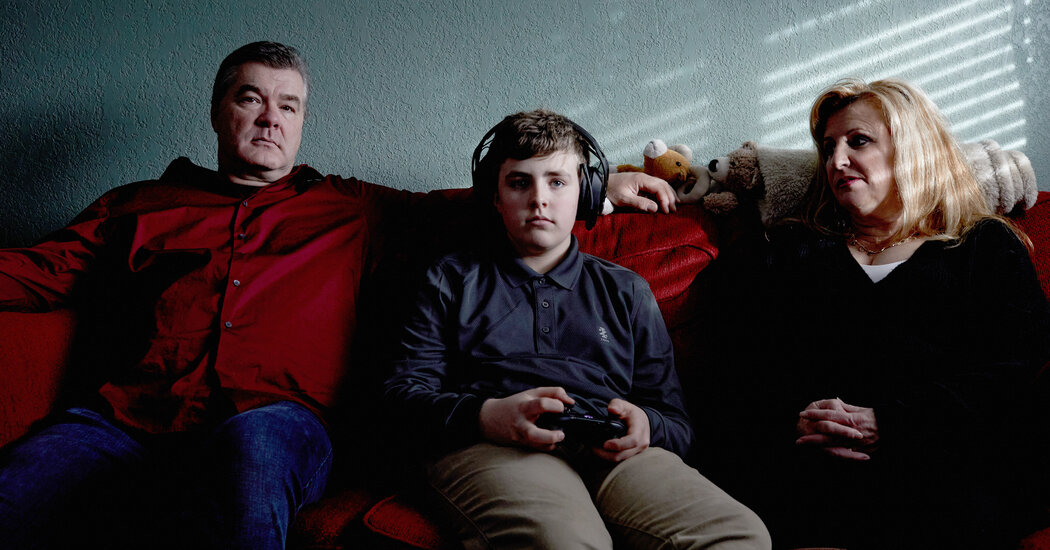 The coronavirus pandemic ended the screen time debate: Screens won. We all now find ourselves on our screens for school, for work and for connecting with family and friends during this time of social distancing and increased isolation.

But should we be worried about this excessive screen use right now? Or should we finally get over it and embrace the benefits of our digital devices?

In “Children’s Screen Time Has Soared in the Pandemic, Alarming Parents and Researchers,” Matt Richtel writes:

The day after New Year’s, John Reichert of Boulder, Colo., had a heated argument with his 14-year-old son, James. “I’ve failed you as a father,” he told the boy despairingly.

During the long months of lockdowns and shuttered schools, Mr. Reichert, like many parents, overlooked the vastly increasing time that his son was spending on video games and social media. Now, James, who used to focus his free time on mountain biking and playing basketball, devotes nearly all of his leisure hours — about 40 a week — to Xbox and his phone. During their argument, he pleaded with his father not to restrict access, calling his phone his “whole life.”

“That was the tipping point. His whole life?” said Mr. Reichert, a technical administrator in the local sheriff’s office. “I’m not losing my son to this.”

Nearly a year into the coronavirus pandemic, parents across the country — and the world — are watching their children slide down an increasingly slippery path into an all-consuming digital life. When the outbreak hit, many parents relaxed restrictions on screens as a stopgap way to keep frustrated, restless children entertained and engaged. But, often, remaining limits have vaporized as computers, tablets and phones became the centerpiece of school and social life, and weeks of stay-at-home rules bled into nearly a year.

“There will be a period of epic withdrawal,” said Keith Humphreys, a professor of psychology at Stanford University, an addiction expert and a former senior adviser to President Barack Obama on drug policy. It will, he said, require young people to “sustain attention in normal interactions without getting a reward hit every few seconds.”

Scientists say that children’s brains, well through adolescence, are considered “plastic,” meaning they can adapt and shift to changing circumstances. That could help younger people again find satisfaction in an offline world but it becomes harder the longer they immerse in rapid-fire digital stimulation.

Dr. Jenny Radesky, a pediatrician who studies children’s use of mobile technology at the University of Michigan, said she did countless media interviews early in the pandemic, telling parents not to feel guilty about allowing more screen time, given the stark challenges of lockdowns. Now, she said, she’d have given different advice if she had known how long children would end up stuck at home.

“I probably would have encouraged families to turn off Wi-Fi except during school hours so kids don’t feel tempted every moment, night and day,” she said, adding, “The longer they’ve been doing a habituated behavior, the harder it’s going to be to break the habit.”

Reactions to the article from Times readers varied greatly. Margaret from Boulder wrote:

This article is my life. We were having problems even before the pandemic, but now it’s awful. We have some rules — on school days they can’t use their iPads until schoolwork is done — but there’s unfortunately a lot they can do on their school Chromebooks that isn’t school-related. When we sit down to dinner they have to put away all the screens for the night, so they beg me to serve dinner later and later. They have NO other interests.

While Rea from New Jersey commented:

Puhleeze. Devices have been my kids’ only way to socialize during this pandemic. Far from endangering them or causing them trouble, “screen time” has saved my kids’ sanity. They play with their friends from morning to night. They’ve actually *strengthened* relationships. What could be more wholesome than that?

And Sam from Boston said:

I’m 15 and I know that for many teens and kids all they want to do is go outside and play with their friends but they can’t. I admit to spending an excess time on my phone during the pandemic but I would give it all up to go play basketball with my friends or have a sleepover etc.

Students, read the entire article and some of the comments, then tell us: