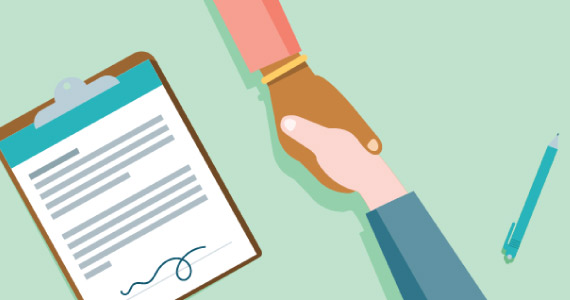 This article is written by Abhay, a student from Kirit P. Mehta School of Law, NMIMS and edited by Abanti Bose, pursuing B.A.LL.B(H) from Amity University Kolkata, India. This is a comprehensive article which deals with various aspects associated with the formalities and the subject matter to the Contract of the Sale.

The Indian Contract Act, 1872 governed all transactions relating to the sale of goods until 1930. Now, the contract of the sale of goods is regulated by The Sale of Goods Act, 1930 (hereinafter, referred to as the ‘Act’). Sections 76-123 of the Indian Contract Act, 1872 were superseded by the Act of 1930. Excluding the state of Jammu & Kashmir, the Act applies to all of India.

The object of the contract of sale is always the goods. This is codified in Sections 6, 7, and 8 of the Sales of Goods Act, 1930. Consequently, almost any sort of movable property falls within the ambit and definition of the “goods” provided for in Section 2(7) of the Sales of Goods Act, 1930. Goodwill, patents, trademarks, copyrights, and more are known as movable assets. Although, the Act excludes actionable claims and assets.

The Act deals with movable property subject-matter and not about selling immovable assets. The transaction concerning immovable property, such as sales, rentals, gifts, etc., is regulated by a separate Act, known as the Transfer of Property Act, 1882. Money here means actual money and not the rare or old coins that can be regarded as goods purchased and sold as such.

The contract for the sale of goods is a contract between the buyer and the seller agreeing to trade goods for a profit. Section 4(1) of the Sales of Goods Act, 1930 describes the phrase ‘Contract of Sale’ as a contract for the sale of goods under which the seller transfers or agrees to move the goods to the purchaser for a price. The definition shows that the essential elements involved in the transfer of ownership at a price include two parties to the contract who are willing to trade their goods or services in order to receive a common benefit i.e. price.

There are some features that must co-exist to form a contract for the sale of goods under the Sale of Goods Act, 1930. There have to be at least two parties, the seller and the buyer. The subject-matter of the contract should definitely be goods that include only movable property. They can be either actual goods owned or owned by the seller or potential goods. The price of goods should be paid or agreed to.

The transfer of the goods from the seller to the buyer must take place. The contract of sale shall be made by proposing the purchase or sale of goods at the price by one party and the acceptance of that bid by another party. The contract of sale must be absolute or conditional, as stated in Section 4(2). The other important aspects of a legal contract must be included in the contract of sale, as mentioned later in the article.

In the sale of goods, the asset is passed directly from the seller to the buyer. The word ‘sale’ is defined in Section 4(3) of the Sale of Goods Act, 1930. In the contract of sale, the property and the goods are passed from the seller to the buyer, and the contract is known as the sale. In an agreement to sell, the ownership of the goods shall not be transferred immediately. First, the conditions need to be fulfilled, then it can be transferred.

The term ‘agreement to sale’ is specified in Section 4(3) of the Sale of Goods Act, 1930, which says that in a contract of sale, the transition of the property or goods takes place at a certain time or pursuant to the requirement that has to be satisfied. Therefore, whether a contract for the sale of goods is an actual sale or a sale agreement relies on whether it allows for an instant transfer from the seller to the buyer or if the transfer has to happen at the point in the future.

Differences between sale and an agreement to sell

In the case of Sale, the goods move along with the liability associated with it to the buyer. It’s an enacted deal i.e. the contract in respect of which consideration has already been paid. The seller could sue the buyer for the price of the goods on account of the transfer of the property to the buyer. Possible loss or degradation of the goods shall be considered as the fault of the buyer. Breach on the part of the seller offers the buyer a double remedy that means a claim for damages against the seller and a proprietary remedy for the recovery of the goods from third parties that purchased them.

Whereas, in an agreement to sell, the property in the goods does not pass on to the purchaser and that is why the risk also does not pass on to the purchaser. It is an executive contract i.e. a contract for which payment is due at a future date. The aggrieved party may sue for damages only and not for a price unless the price has been paid at the agreed date. Any loss or injury is the responsibility of the seller. The seller, by far the owner of the goods, may dispose as he pleases, and the buyer’s recourse will be to discard the suit for damages only.

A distinction of Sale from Other Similar Contracts

Difference between the contract of sale and bailment

A ‘bailment’ involves the transfer of goods for a particular reason under a contract provided that the same goods are to be returned to the bailor or disposed of in compliance with the orders of the bailor.

The disparity between bail and sale is as follows-

Property in products shall be passed from the seller to the purchaser. Whereas, in the case of bailment, there is only the transfer of possession of goods from the bailor to the bailee for some cause, such as secure custody, transportation, etc.

It is not necessary to return goods under the contract of sale. While the bailee must return the goods to the bailor for the reason for which the bailment was made. In the case of a sale, consideration is given as the price in terms of money. Whereas, the criterion can be gratuitous or non-gratuitous in the case of bailment.

Section 6 explains that the contract’s subject-matter must always be goods. The products can be products that are currently in existence or will be in the future. As an ordinary contract, a contract for the sale of goods may also be concluded for the goods, the purchase of which relies on a contingency by the seller, which may or may not occur.

For instance, a contract for the sale of the bag to be produced by a factory is a legal contract. If the specific good is destroyed or damaged without the knowledge of the seller at the time a contract of sale is entered, the contract is considered void ab initio. The Section is based on the rule that if both parties to a contract are in error as regards a matter of fact which is necessary to a contract, the contract becomes void as mentioned in Section 7 of the act.

‘Price’ means the monetary value for the sale of goods referred to in Section 2(10). Pursuant to Section 9, the price can be set by the contract or accepted to be set in the way mentioned in the contract, e.g. by the valuer, or decided in the process of the negotiations between both the parties.

In the situation that the third party is prohibited for setting the price by default of either party, the third-party shall be responsible for damages to the other party and the other party can not be blamed for the same. Though, in any case, the buyer who has received and retained the goods must pay a fair price for them.

Stipulation of the time

As far as the duration for paying the price is concerned, when a certain purpose emerges from the contractual terms, the stipulation in that regard is not considered to be the nature of the contract of sale. However, the delivery of goods should be done without delay. Whether or not such a stipulation was of the nature of a contract depends on the conditions agreed.

The price of goods can be fixed by contract or could be decided to be fixed in a particular manner at a later stage. The stipulations concerning the time of delivery are generally the crux of the contract.

A contract shall not be avoided, in the event of a breach of a condition that involves, the situation in which the buyer waives the full performance of the condition. A party may, for its own advantage, waive a provision or on the situation that the buyer chooses to classify the breach of the conditions as one of a warranty. In other words, he can only seek damages rather than rejecting the contract.

The contract would not be avoided even though it is non-severable and the buyer has taken either all or a part of the goods. Acceptance means acceptance as provided for in the Indian Contract Act, 1872. A person to whom money has been paid, or anything delivered, by mistake or under coercion, must repay or return it. It shall not be avoided even though the condition or warranty can not be fulfilled as justified by law on grounds of impossibility or otherwise.

Passing or transferring property is perhaps the most essential part and component in deciding the legal rights and responsibilities of sellers and buyers. Passing on the property means passing on ownership. If the property has been passed to the buyer, the liability in the goods sold lies with the buyer and not with the seller, even though the goods may still be in the possession of the seller.

In the sale of particular or ascertained items, the property transfers to the purchaser at the time when the parties agree to do so. The purpose must be determined from the contractual terms, the actions of the parties, and the situations of the case as referred to in Section 19 of the Sale of Goods Act, 1930.

The procurement of goods includes the collection of goods for use in the execution of the contract and with the mutual consent of the seller and the buyer. The products should comply with the definition and specification set out in the contract. They should be in a deliverable condition and must be subject to an unconditional contract, either by delivery to the customer or his agent or the carrier.

Suit for Price as per Section 55

Damages for non-acceptance as per Section 56

Suit for repudiation of contract before date or anticipatory breach

The arrangement on the sale of goods must be subjected to certain phases and procedures in order to become a legal contract. Before entering into a contract or completing a contract, the parties must test the integrity of the agreement and then finalize it. There is no specific structure for drafting up the contract of sale, it can be formed according to the specific needs of the parties.

How to create patent strategies for patenting software coding

All you need to know about the Uphaar fire tragedy case

What is Geofencing Marketing?