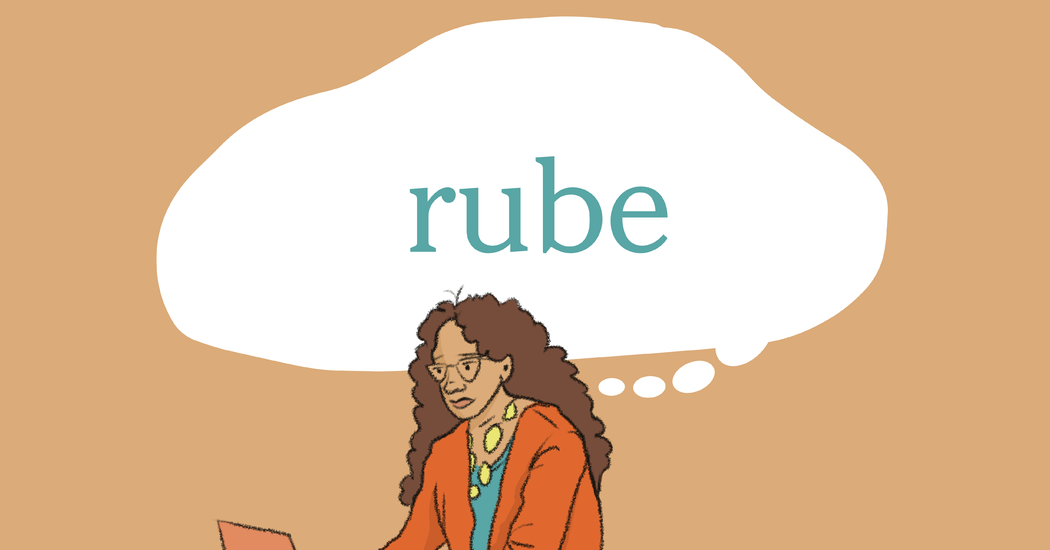 : a person who is not very sophisticated or interested in culture

The word rube has appeared in 40 articles on NYTimes.com in the past year, including on Feb. 23 in “24 Tense Hours in Abraham Lincoln’s Life,” an interview with Edward Achorn conducted by John Williams. Achorn states:

I’ve read all these books about how Lincoln was hated, but I was still surprised by how disdained and disliked he was by so many of his contemporaries. Liberal Republicans thought he was too calculating, too quick to weigh public opinion. Democrats thought he was a tyrant, a rube, and was destroying the Constitution. I think a lot of this was airbrushed out of history after he was assassinated, when he became a martyr. But when you go back to that day and look at what people were saying, you get a stunning sense of what Lincoln was up against. There’s a lot of hostility from all sides. I’m not sure how he withstood it. I guess he was defeated so many times in his life, had been down so many times, that he was able to take almost anything.