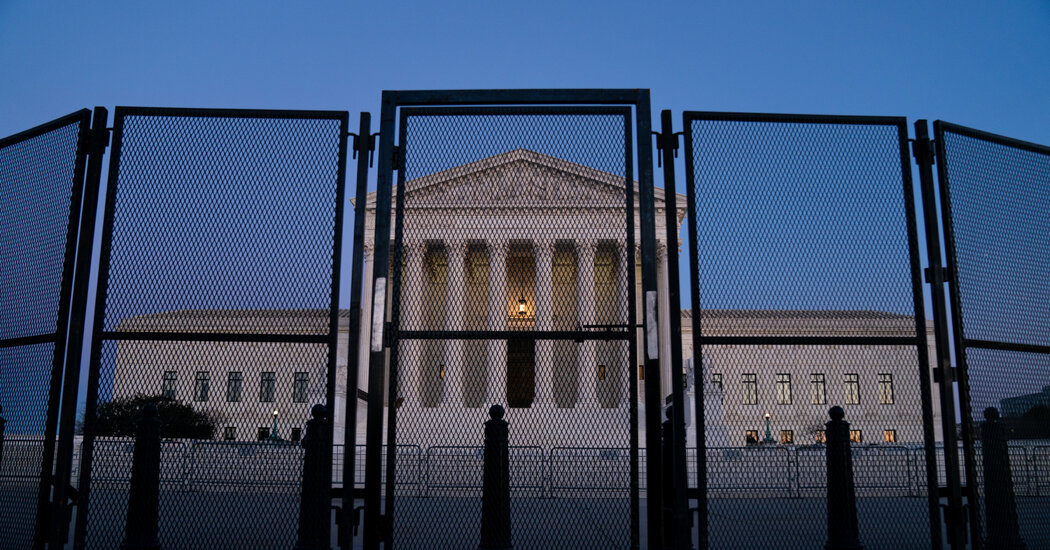 In July, the United States carried out its first federal execution in 17 years. Since then, the Trump administration has executed 13 inmates, more than three times as many as the federal government had in the previous six decades.

The death penalty has been abolished in 22 states and 106 countries, yet it is still legal at the federal level in the United States. Does your state or country allow the death penalty?

Do you believe governments should be allowed to execute people who have been convicted of crimes? Is it ever justified, such as for the most heinous crimes? Or are you universally opposed to capital punishment?

In 2015, a few months before he died, Justice Antonin Scalia said he would not be surprised if the Supreme Court did away with the death penalty.

These days, after President Trump’s appointment of three justices, liberal members of the court have lost all hope of abolishing capital punishment. In the face of an extraordinary run of federal executions over the past six months, they have been left to wonder whether the court is prepared to play any role in capital cases beyond hastening executions.

Until July, there had been no federal executions in 17 years. Since then, the Trump administration has executed 13 inmates, more than three times as many as the federal government had put to death in the previous six decades.

The article goes on to explain that Justice Stephen G. Breyer issued a dissent on Friday as the Supreme Court cleared the way for the last execution of the Trump era, complaining that it had not sufficiently resolved legal questions that inmates had asked. The article continues:

If Justice Breyer sounded rueful, it was because he had just a few years ago held out hope that the court would reconsider the constitutionality of capital punishment. He had set out his arguments in a major dissent in 2015, one that must have been on Justice Scalia’s mind when he made his comments a few months later.

Justice Breyer wrote in that 46-page dissent that he considered it “highly likely that the death penalty violates the Eighth Amendment,” which bars cruel and unusual punishments. He said that death row exonerations were frequent, that death sentences were imposed arbitrarily and that the capital justice system was marred by racial discrimination.

Justice Breyer added that there was little reason to think that the death penalty deterred crime and that long delays between sentences and executions might themselves violate the Eighth Amendment. Most of the country did not use the death penalty, he said, and the United States was an international outlier in embracing it.

Justice Ginsburg, who died in September, had joined the dissent. The two other liberals — Justices Sotomayor and Elena Kagan — were undoubtedly sympathetic.

And Justice Anthony M. Kennedy, who held the decisive vote in many closely divided cases until his retirement in 2018, had written the majority opinions in several 5-to-4 decisions that imposed limits on the death penalty, including ones barring the execution of juvenile offenders and people convicted of crimes other than murder.

In the July Opinion essay “The Death Penalty Can Ensure ‘Justice Is Being Done,’” Jeffrey A. Rosen, then acting deputy attorney general, makes a legal case for capital punishment:

The death penalty is a difficult issue for many Americans on moral, religious and policy grounds. But as a legal issue, it is straightforward. The United States Constitution expressly contemplates “capital” crimes, and Congress has authorized the death penalty for serious federal offenses since President George Washington signed the Crimes Act of 1790. The American people have repeatedly ratified that decision, including through the Federal Death Penalty Act of 1994 signed by President Bill Clinton, the federal execution of Timothy McVeigh under President George W. Bush and the decision by President Barack Obama’s Justice Department to seek the death penalty against the Boston Marathon bomber and Dylann Roof.