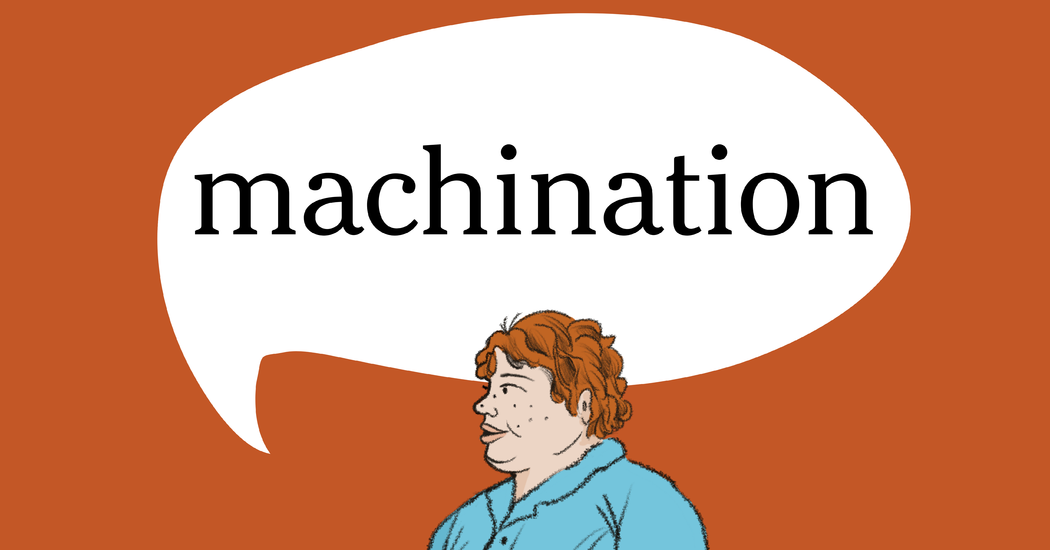 : a crafty and involved plot to achieve (usually sinister) results

The word machination has appeared in two articles on NYTimes.com in the past year, including on April 25 in “What’s on TV Saturday: ‘Bad Education’ and ‘Hustlers’” by Sara Aridi:

Hugh Jackman and Allison Janney star in this dark comedy-drama, a cross between “Election” and “The Wolf of Wall Street.” The movie, directed by Cory Finley (“Thoroughbreds”), reimagines a multi-million-dollar embezzlement scandal that rocked a high school on Long Island in 2004. The mastermind behind the scheme is Frank Tassone (Jackman), the superintendent of the school district, who wins over parents and students alike with his good-natured charm. His machination lasts years, and it slowly starts to crumble only after he encourages a student journalist (Geraldine Viswanathan) to dig deeper into a puff piece she’s working on. (Big mistake.) In his review for The New York Times, Ben Kenigsberg wrote that Jackman steals the show. His role is “a plum part” and “a chance for the actor to channel his charisma toward dark, mischievous ends.”