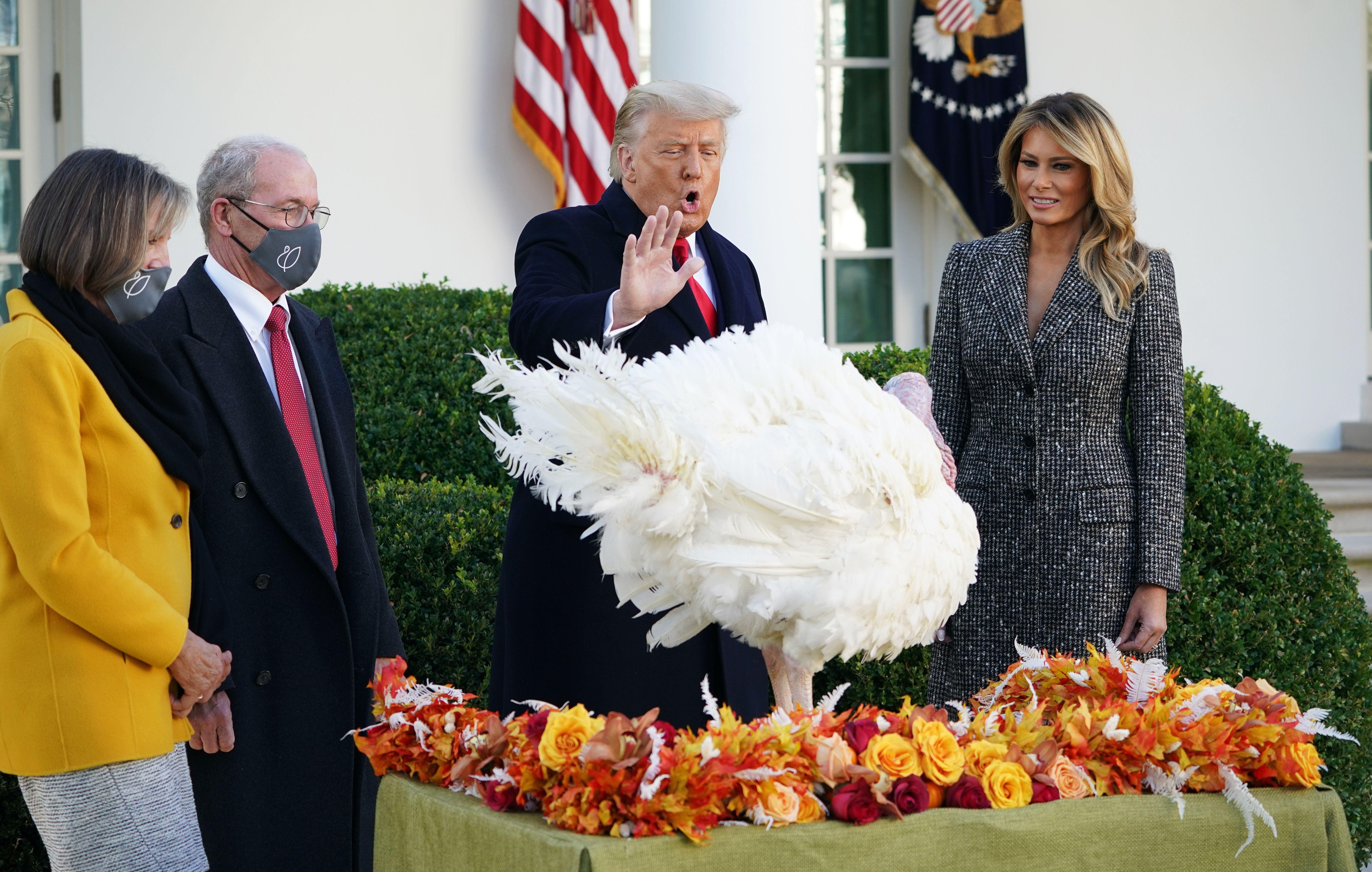 With approximately 3070 minutes left in U.S. President Donald Trump’s Administration, the word “legacy” is being thrown around more and more often. In itself, the word “legacy” is neither positive nor negative. Dictionary.com defines “legacy” as “anything handed down from the past, as from an ancestor or predecessor.” So this can range from a welcome gift to a fart to something worse. “Legacy” is a word that First Lady Melania Trump used in a tweet on Friday when referring to her signature initiative:

As you can see her signature initiative has been named “BE BEST,” not “BE THE BEST”, not “BE BETTER” and not “JUSTIN BIEBER.”

So what’s “BE BEST” supposed to be? The initiative’s website describes the mission: “to focus on some of the major issues facing children today, with the goal of encouraging children to BE BEST in their individual paths, while also teaching them the importance of social, emotional, and physical health.” So at its heart, “BE BEST” is supposed to be a health initiative, concentrating on three main “pillars”: well-being, online safety, and opioid abuse.

Each of these three pillars are certainly worthwhile issues. “Well-being” in general is a good thing, certainly compared to “bad-being” and “unwell-being.” It is a broad concept. According to the Centers for Disease Control and Prevention (CDC), “well-being is a positive outcome that is meaningful for people and for many sectors of society, because it tells us that people perceive that their lives are going well.” Lots of things can affect well-being. For example, experiencing racism would negatively affect well-being, especially if you felt that nothing was being done about the racism or even worse if those in power seemed to be condoning racism. That would definitely not be best. Another thing that could adversely affect well-being would be something like oh say a pandemic being out of control. Dying from a viral infection would be kind of a hit to your well-being.

So has the well-being of children improved since 2016? Do they feel better, more optimistic, more positive that they did four years ago? Do children who are racial minorities such as Black, Latino, and Asian Americans feel more or less an equal part of American society? Are kids more hopeful that society’s major problems such as climate change and pollution and wealth and social inequity are being addressed? The answers to these questions will help determine what the legacy of the first pillar of “BE BEST” will be.

The second pillar of “BE BEST,” the opioid epidemic, has undoubtedly be bad. It’s been a major public health problem over the past several years. The “BE BEST” website lists among its accomplishments meeting with Congress to promote its SUPPORT Act legislation, providing remarks and participating in an opioids town hall, visiting hospitals and attending roundtables across the country, stressing commitments to supporting more treatment facilities, addressing the Department of Justice National Opioid Summit, partnering with the Office of National Drug Control Policy’s (ONDCP) Drug-Free Communities (DFC) Support Program to prevent youth substance use and raise awareness about the consequences of illicit drug use, and hosting a roundtable at the White House.

These are all positive steps. Nevertheless, the opioid epidemic has remained an unsolved problem. It hasn’t gotten as much attention lately due to being overshadowed by things like the Covid-19 coronavirus pandemic and the seemingly never-ending challenges to the 2020 Presidential Election. Of course, being overshadowed doesn’t mean that the problem has gone away. That would be like covering up the stain in a carpet by dumping several gallons of crude oil on it.

Then there’s the third pillar: online safety. As more and more kids are spending time online, this be a bigger and bigger concern. Who knows how kids may be affected by seeing adults (or people posing as adults) use terms like “loser” and “horseface” when attacking people? Misinformation being spread online can hurt too. For example, imagine someone using the word “China virus” to describe a virus that already has an official name like the Covid-19 coronavirus. That could mistakenly convince kids to be fearful of or pick on anyone who appears to be of Asian-descent. That’s why the World Health Organization (WHO) established guidelines that urged people not to use any racial, cultural, or national references when naming new infectious diseases.

Bringing more attention to online safety and cyberbullying definitely be good. As they say, the first step to solving a problem is admitting that there is a problem. The second step is getting everyone you know well, like your family members and friends to help tackle the problem together.

Has “BE BEST” helped reduce cyberbullying? Well, recently, some social media companies have taken steps to suspend the accounts of certain individuals who have been accused of inciting violence. In fact, in the following thread, @EdbrohamLincoln thanked the First Lady for Twitter suspending the account of someone named @realDonaldTrump for violating Twitter rules:

As Rachel Sandler described for Forbes on January 8, Twitter suspended @realDonaldTrump’s account “due to the risk of further incitement of violence.” Twitter accounts like @realDonald Trump had millions of followers. So one way “BE BEST” could promote online safety would be to get such accounts to tweet out more harmonious and peaceful messages such as clearly condemning racism of any sort and emphasizing that all people should be treated justly and fairly and have equal opportunity. But alas there are only about 3070 minutes left in the Trump administration’s run and the First Lady has only had three years and eleven months and a couple Scaramuccis to push for such changes.

Of course, once Dr. Jill Biden becomes the First Lady on January 20, she can choose to continue “BE BEST” or instead in other directions. For example, Dr. Biden, who is called a Dr. because she earned a PhD, which is a doctorate, could have an initiative called “BE BESTEST” or “BE BESTIES” or “BE YOND” or “BE YONCY.” So far, there no clear indication that Dr. Biden will simply continue to do what Melania Trump has done. Biden has already announced that one of her initiative will be reviving “Joining Forces,” a program originally launched in 2011 with then First Lady Michelle Obama. Apparently, Dr. Biden thought it would be best to announce the initiative in advance of Inauguration Day.