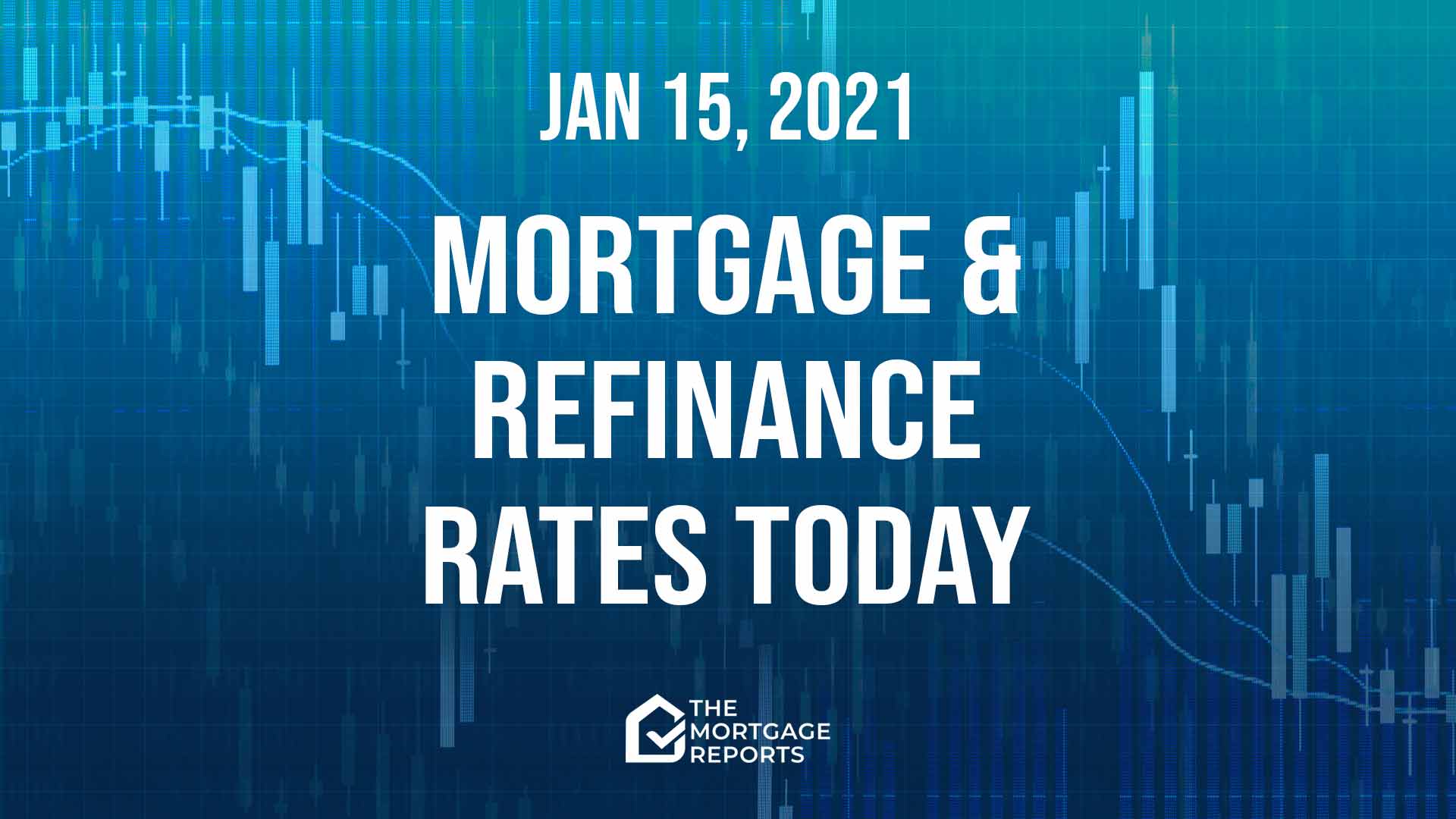 Average mortgage rates edged lower yesterday. But don’t get too excited. Wednesday and Thursday’s combined falls only just cancel out Tuesday’s rise. Still, these reductions keep these rates in the ultralow zone.

And there may be more to come, at least over the next few hours. Because it’s currently looking as if mortgage rates may inch lower again today.

Unfortunately, it’s still too soon to call the likely direction of mortgage rates over the coming weeks and months. So floating your rate continues to be a gamble. Read on for more information about the conflicting forces that are acting on rates.

So mortgage rates could go up or down over the foreseeable (or, rather unforeseeable) future. But, for now, my personal rate lock recommendations, which are only my hunches, are:

Still, with so much uncertainty at the moment, your instincts could easily turn out to be as good as mine — or better. So be guided by your gut and your personal tolerance for risk.

Here’s a snapshot of the state of play this morning at about 9:50 a.m. (ET). The data, compared with about the same time yesterday morning, were:

Before the pandemic and the Federal Reserve’s interventions in the mortgage market, you could look at the above figures and make a pretty good guess about what would happen to mortgage rates that day. But that’s no longer the case. The Fed is now a huge player and some days can overwhelm investor sentiment.

So use markets only as a rough guide. They have to be exceptionally strong (rates are likely to rise) or weak (they could fall) to rely on them. But, with that caveat, so far mortgage rates look set to fall a little today.

Yesterday was the perfect day to watch the effects of the two conflicting forces that are currently acting on mortgage rates. The morning kicked off with some bad weekly jobless numbers. And those moved mortgage rates lower.

But, later in the day, President-elect Joe Biden announced his pandemic relief (or economic stimulus) plans, which topped $1.9 trillion. And the prospect of more government debt pushed those rates higher.

But that effect may have been blunted because investors have their doubts over whether such a bill would get through the US Senate. As you know, the Democratic Party falls short of the 60 seats needed there to force through such legislation. Many think the amount may be trimmed to nearer $1 trillion.

As it turned out, the bad economic news outweighed the higher-government-debt news. But only just. And that’s a conflict that’s likely to play out on many days for months to come, with differing outcomes on each.

Unfortunately, until one force gains a clear advantage over the other, it’s impossible to predict which will ultimately come out on top. So predicting mortgage rate trends is similarly impossible.

Over the last several months, the overall trend for mortgage rates has clearly been downward. And a new, weekly all-time low was set on 16 occasions last year, according to Freddie Mac.

The most recent such record occurred on Jan. 7. But that had already been overtaken by events, even before it was published. And rates are now appreciably higher, as yesterday’s announcement from Freddie confirmed.

But, given so many unknowables, the current crop of forecasts may be even more speculative than usual.

Why Are Mortgage Payments Mostly Interest?

Thanks to soaring home prices, Americans are house-rich. Here are the best ways to access that cash