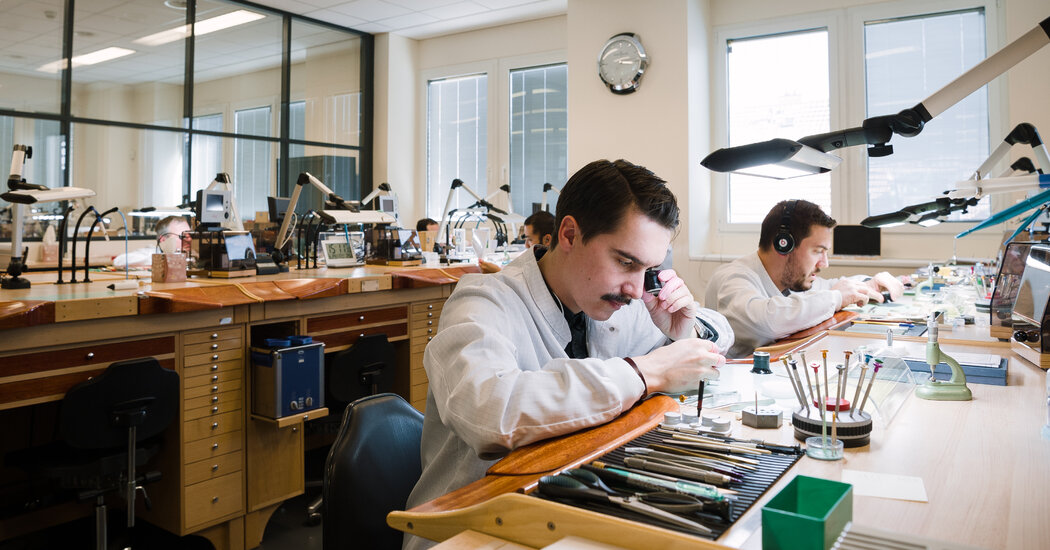 Collaboration may seem like a contemporary phenomenon, but a roll call of today’s leading brands makes clear that it played a crucial role in the origins of the trade. Audemars Piguet, for example, is the product of the 1875 union of the watchmakers Jules Louis Audemars and Edward Auguste Piguet, while Patek Philippe, founded in 1839, truly came into its own in 1845 when the Polish watchmaker Antoine Norbert de Patek joined forces with the French technical genius Jean Adrien Philippe.

The advent of branding in the 20th century, however, demanded a monolithic approach to marketing; outsiders who contributed to a timepiece rarely received credit. It took two independent thinkers — Mr. Büsser, then the managing director of Harry Winston Timepieces, and the up-and-coming watchmaker François-Paul Journe — to seed the industry’s renewed interest in collaboration.

The wristwatch they created together, the 2001 cult timepiece Opus 1, not only ignited the career of the little-known watchmaker — today his F.P. Journe, brand is coveted by collectors worldwide — but also established Harry Winston, famed for its diamonds, as a legitimate force in high watchmaking.

“To my knowledge, it was the first time a watch brand not only acknowledges the watchmaker, but actually puts him in the limelight,” Mr. Büsser said on a recent video call.

The Opus series, which culminated with the debut of the Opus 14 in 2015 (retail price: 428,000 Swiss francs, or the equivalent of $486,500), earned rave reviews for its imaginative collaborations, but the real tipping point came about five years ago, when watch enthusiasts migrated to Instagram and helped push the concept of collaboration back into currency.

“Because of the internet and social media, you have a lot of communities grouping around specific values in watchmaking, and they’re clamoring for things more specific to their liking,” said William Rohr, founder of Massena LAB, a two-year-old company that collaborates with independent brands such as Habring and Unimatic to create affordable limited-edition timepieces with vintage styling.