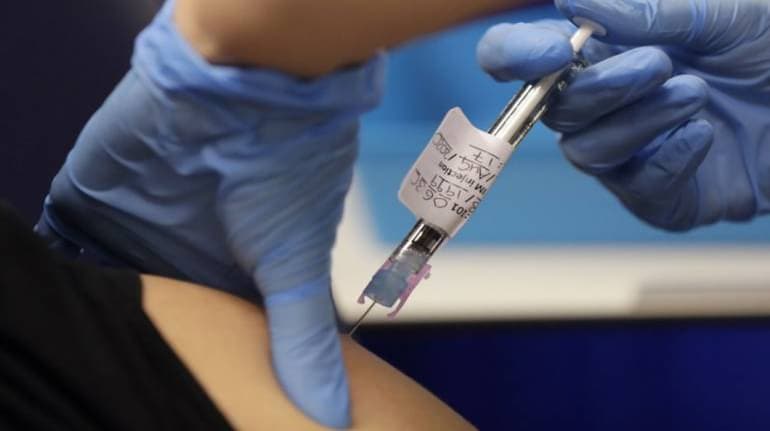 4 | Chinese President Xi Jinping offers to cooperate with India, BRICS countries to develop COVID-19 vaccine: Chinese President Xi Jinping on November 17 offered to cooperate with India and other BRICS nations in the development of vaccines against the coronavirus and called for holding a symposium by the five-member bloc on traditional medicine to explore its role in the COVID-19 prevention and treatment.

Insurance regulator IRDAI has directed insurers to settle cashless COVID-19 claims as per the tariff decided by insurers, hospitals and third-party administrators (TPA).

“Insurers shall make efforts to have an agreement with health providers on rates for treatment of Covid-19 similar to other diseases for which rate agreements are in place,” the Insurance Regulatory and Development Authority of India (IRDAI) said in a circular on January 13.

“In cases where insurers do not have agreed rates with hospitals, IRDAI has advised insurers to strive to enter into agreements keeping the state governments/union territories rates as well as General Insurance Council’s reference rates as reference points,” Sarma said.

Insurers have cashless agreements in place for regular and non-COVID treatment procedures. “The regulator has advised insurers to go by their tariff, as negotiated with the hospital. If insurers do not have agreements with hospitals on COVID-specific rates, the generic discounts negotiated on room rent and other charges may apply,” said Abhishek Bondia, Co-founder, Securenow.in.

Industry-watchers feel this could mean higher claim settled amounts for policyholders, at least on the cashless side. At present, state government or GI Council treatment rates are taken as benchmarks and claims settled accordingly. This has meant significantly lower claim amounts paid as hospital charges are much higher, with policyholders having to shell out the balance from their pockets.

However, you could still see deductions – hospital bill items not payable – due to room rent sub-limits or co-pay, for instance. Also, insurers and hospitals have been in discussions over COVID-19 rates for quite some time, without any breakthrough in sight. So, it remains to be seen whether the hospitals will accept state government or GI Council rates as reference rates in the cashless agreements.

In the case of reimbursement claims, insurers have been asked to settle claims as per policy terms and conditions. “The regular deductions will apply, but the deductions that would have been made due to the General Insurance Council’s indicative rate chart will not be allowed now,” said a senior insurance industry executive with a leading private general insurer, speaking on the condition of anonymity.

Insurers and hospitals have locked horns since the initial days of the pandemic in India, with policyholders having to deal with significantly lower claim amounts settled as a result. “The regulator has now nudged insurance companies to sign agreements with cashless network hospitals on COVID-19 treatment charges like they have for other procedures. This is what regulation 31 of IRDAI’s health insurance regulations require them to do. So far, they have been settling claims on the basis of state government-prescribed rates or GI Council rate chart. Now, they will have to enter into agreements with hospitals clearly specifying tariff for cashless COVID-19 treatment,” said Anuj Jindal, Co-founder and CEO, Sureclaim.com.

GI Council or state government rates could still come into play if hospitals and insurers agree to these rates. “Also, while entering into such agreements, the reference rate of GI council can be kept in view for guidance along with rates fixed by state governments and union territory administration, if any and as relevant,” as per an Insurance Regulatory and Development Authority of India (IRDAI) circular.

“The IRDAI has asked insurers to get into agreements with health provider/ hospitals, with state government or GI Council rate structure as reference rates. Till then, they will have to settle claims as per the tariff negotiated with hospitals – for instance, room rent, doctor’s fees, surgeon’s charges, investigation costs,” says Priti Salvi, General Manager, Xperitus Insurance Brokers.

Further clarity is awaited on how these directives will be implemented on the ground and whether insurers can continue to go by state government/GI Council charges until they sign agreements with hospitals.

As per the GI Council, wherever Covid-19 treatment charges have been published by any government authority those charges will be applicable for making the claim. GI Council rate structure will apply where the authorities have not specified any standard charge structure.

“There are some state governments that have excluded privately insured patients from the purview of their prescribed COVID treatment. But most states have not specifically mentioned that privately insured patients cannot take the benefit of government-prescribed rates. It is not clear whether insurers will go by the government rate structure or policy terms and conditions in such cases,” said Malini Aisola, Co-convener, All India Drug Action Network (AIDAN), a non-governmental organisation working in the healthcare space.