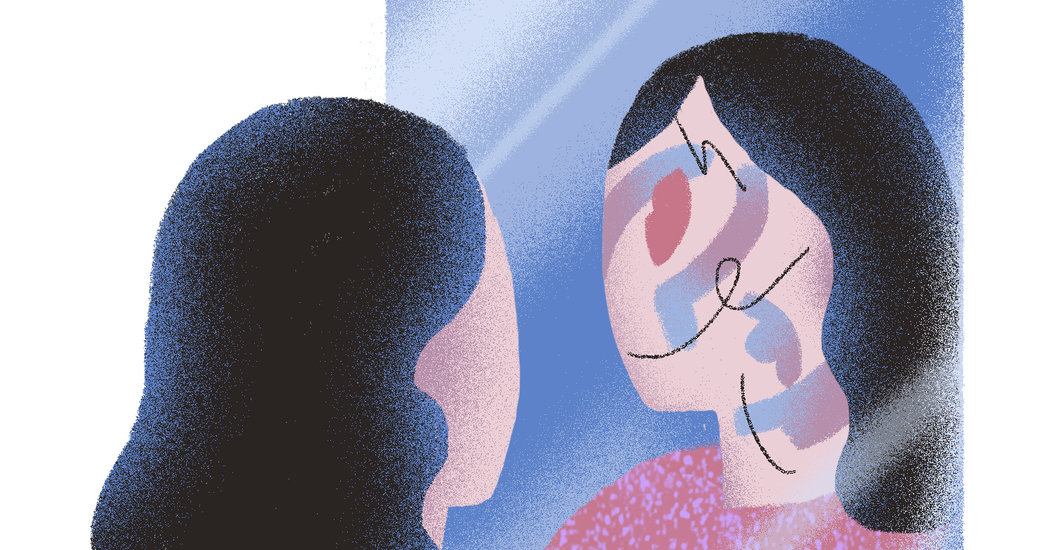 Have you ever felt like a fraud? As if you don’t deserve your achievements and accomplishments? Or have you ever belittled your success, experience or expertise?

In what kinds of situations do these feelings of self-doubt and inadequacy tend to come on? School? Sports? Social media? Something else?

If those feelings are familiar to you, you’ve probably experienced what’s called “impostor syndrome.” In “How to Overcome ‘Impostor Syndrome’,” Jessica Bennett explains:

My impostor syndrome has played out during public speeches, job negotiations and when I received my first book deal — prompting me to ask, “But why would anyone pay money to read what I have to say?” My editor, a woman, didn’t miss a beat: “I often wonder the same about my editing!” she said.

The term “impostor syndrome” wasn’t coined until 1978 (by two American psychologists, Pauline Clance and Suzanne Imes), but it’s safe to assume that women have always felt it. It’s that nagging feeling that you’re not good enough, that you don’t belong, that you don’t deserve the job, the promotion, the book deal, the seat at the table. According to Valerie Young, an educator and the author of “The Secret Thoughts of Successful Women,” it is common among high achievers, creative people and students. It persists through college and graduate school and into the working world, where women tend to judge their performance as worse than they objectively are while men judge their own as better. It tends to affect minority groups disproportionately, Ms. Young said — anyone who has the pressure of accomplishing “firsts.”

She goes on to point out the hallmarks of impostor syndrome:

You feel like a fraud. Even when you’ve arguably “made it” — you got the job, you earned the recognition, you won the award — you can’t seem to shake the feeling that it’s all smoke and mirrors, that you must have tricked everyone, and that at any moment you’ll be discovered.

You devalue your worth. I recently tried to talk somebody out of giving me money for work. “Why don’t I just do it for free?” I offered. A male friend who was in the room while I was having this phone conversation practically shook me. “Jessica! Just take the money!” he said. (At which point I said yes.)

You undermine your experience or expertise. I was talking about impostor syndrome with a friend, a teacher who was being recruited for a new job. “But I’m totally not qualified,” she said. (They had recruited her!) I interviewed a postdoctoral engineering student named Celeste, who told me that while she was working as a mechanical engineer, a supervisor noted in her review that she wouldn’t call herself an engineer. “I didn’t realize I told my co-workers I wasn’t an engineer when I was,” she said. “And I think, for me, it was an excuse just in case I made mistakes.”

And, finally, she suggests some strategies for dealing with feelings of self-doubt. Here are a few:

Say your name aloud. Research has found that the simple act of taking a positive affirmation (such as “I’m awesome”) and adding your name to it (“Jessica is awesome”) can have a powerful effect on how you perceive yourself. And before you get bashful, LeBron James does it. “I wanted to do what was best for LeBron James,” he said when explaining his decision to leave the Cleveland Cavaliers for the Miami Heat in 2010. The Nobel laureate Malala Yousafzai has done it, too. “I said, ‘If he comes, what would you do, Malala?’” she told Jon Stewart, describing how she wrestled with her decision to speak out against the Taliban. “Then I would reply to myself, ‘Malala, just take a shoe and hit him.’” If it’s good enough for a Nobel Peace Prize winner, I’m pretty sure it’s good enough for the rest of us.

Own your accomplishments. Women tend to explain their successes away by ascribing them to things like “luck,” “hard work” or “help from others” rather than the innate ability or intelligence than men often cite. Try to own the role you played in your success by forbidding yourself from falling back on excuses. Practice saying these words out loud: “I’m proud of what I’ve accomplished.”

Decide to be confident. Literally make the choice to be confident. Raise your hand. Volunteer your expertise. When you start spiraling into self-doubt, force yourself to write down three things you’ve done well. (If three isn’t enough to ease your doubts, write three more.)

Feeling like an impostor can be a good thing because it won’t allow your ego to become overinflated. When your ego takes over, you tend to get comfortable and avoid potential unknowns. This way, you won’t take opportunities for granted and will be open to learning new things so you can continue to sharpen your skills and experience.

What is your reaction to Ms. Castrillon’s perspective? Do you think self-doubt is ever a good thing? Or is it always destructive? Why?