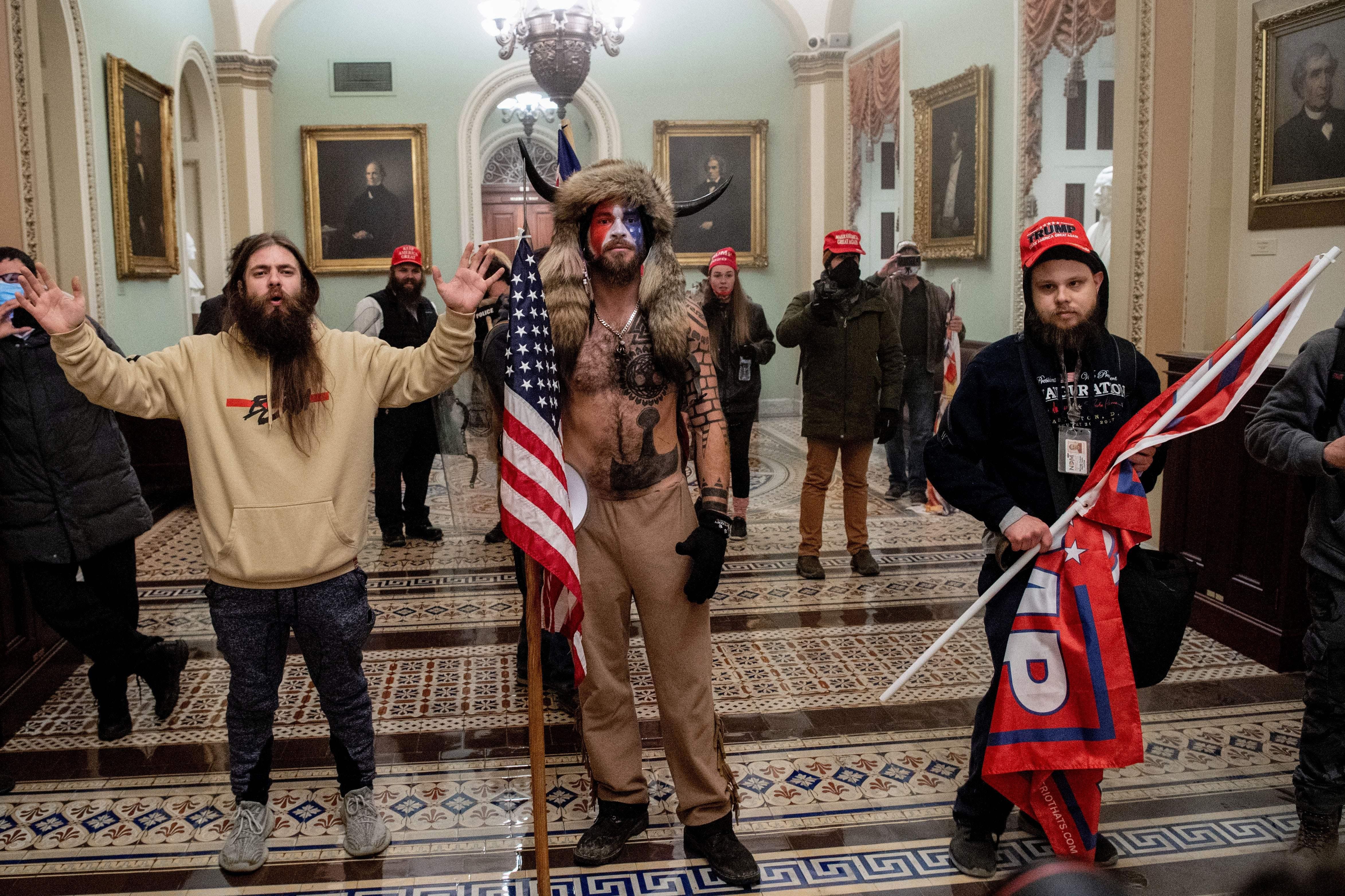 On Wednesday chaos erupted on Capitol Hill – literally when supporters of President Donald Trump clashed with Capitol Police, and forced the Capitol Building to be locked down. Multiple other congressional buildings also had to be evacuated amidst the violent protests.

According to The Hill, police ordered occupants of the Madison building to evacuate while those in the Cannon House building were also told to exit as quickly as possible.

It didn’t take long for the mayhem to trend across social media and it was a sad commentary on the state of our nation.

Rep. Nancy Mace (R-S.C.) posted, “Just evacuated my office in Cannon due to a nearby threat. Now we’re seeing protesters assaulting Capitol Police. This is wrong. This is not who we are. I’m heartbroken for our nation today.”

Multiple media outlets covered the riot-like event on social media. The official Twitter account for New York Magazine (@NYMag) posted, “Trump supporters stormed Capitol Hill and clashed with police on the steps of the Capitol as dozens tried to force their way in during a vote to certify Joe Biden’s victory”

Blaze reporter Elijah Schaffer (@ElijashSchaffer) added, “BREAKING: Trump supporters have breached the Capitol building, tearing down 4 layers of security fencing and are attempting to occupy the building — fighting federal police who are overrun

This is the craziest thing I’ve ever seen in my life. Thousands, police can’t stop them”

Liberal commentator Keith Olbermann (@KeithOlbermann) didn’t miss a beat posting, “Is this the ‘back the blue’ part?”

A question must be asked how much these same outlets covered the similar violent clashes that occurred with disturbing regularity throughout 2020 – or even the anti-Trump gatherings that took place over the past four years. In many cases, the media didn’t always seem so zealous to use social media to call out those protests, many of which were also far from peaceful.

Of course it didn’t take long for the hashtag #BackTheBlue to make the rounds – with many opponents of the President noting that many of those who have long supported the police are now engaged in a melee.

The Official New York Socialist (@TheNYSocialist) Twitter account posted, “Look at Trump supporters with ‘thin blue line’ flags storm the capitol and cause an officer to quakes in fear. This is who ‘back the blue’ truly is.”

Artist/activist Rob Sheridan (@rob_sheridan) was among many who called out the rioters, “It’s almost like the Blue Lives Matter ideology was always pro-cop second, anti-Black first.”

Crime novelist Don Winslow (@donwinslow) was among those who also took to social media to suggest the event was actually organized and cast the blame at the feet of President Trump, tweeting, “During the Presidential debate Trump told the Proud Boys to ‘Stand by’ And today he activated them.

Writer/consultant Rick Spence took it even further and warned, “This is a mess, but not a national crisis. The crisis will come.

Proud Boys and other radical right-wingers have discovered their strength. They now have four years to hone their skills in opposition. They will grow bolder. The new Administration must start planning now.”

It also is important to note that the outrage over Wednesday’s violent protest was shared by many Trump supporters as well. Rep. Michael McCaul (R-Texas) posted, “I like many people voted for President Trump in the 2020 election and hoped for a different result. But violence and destruction is not the way to express your grievances. This is disgraceful and has to end.”

The sentiments were echoed by Rep. Kelly Armstrong (R-N.D.), who posted, “Thank you to the Capitol police and all law enforcement. Rioting is not protesting. This needs to stop. Now.”

Perhaps more of our lawmakers – on both sides – need to step up and offer such calls for the violence to end. Unfortunately, as we’ve seen from both the left and right, when you’re not in power, protesting to the point of a riot has become an accepted option and one that is then only further exploited across social media.