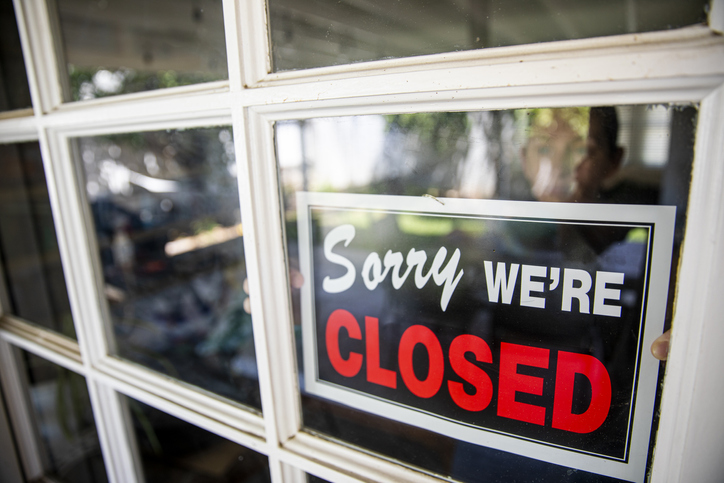 Say your client has a policy covering business interruption if the government prevents access to the premises. A pandemic breaks out. Say that client is not completely prohibited from conducting business, but is still losing sales because the government is advising people to stay home.

The COVID-19 pandemic has spawned a debate over whether a client under those circumstances is covered for business interruption. With some policy wordings, a key point of contention is whether “hindering” access is the same thing as “preventing” access to a business.

A ruling on this issue is expected soon from the United Kingdom Supreme Court.

Some of those wordings cover the outbreak of a disease within a certain distance from the client’s premises, while others cover prevention of access and similar perils.

One of the disputed wordings before the United Kingdom Supreme Court – known in the test case as “Arch 1” – was issued by Arch Insurance (UK) Limited. That wording is part of an Arch commercial policy issued in Britain with a heading of “government or local authority action,” with a sub-limit of £25,000. [The British Pound closed Tuesday at Cdn$1.73]. The Arch 1 wording covers loss of income “resulting from … Prevention of access to The Premises due to the actions or advice of a government or local authority due to an emergency which is likely to endanger life or property.”

Key to a preliminary ruling by the U.K. Supreme Court in September was its finding that “prevention” is not the same thing as “hindrance.”

The Arch 1 wording is not triggered unless the government action or advice results in closure of the client’s premises for the purposes of carrying on the “business” as defined in the schedule of that client’s policy, the High Court of England and Wales ruled.

The FCA is appealing, saying large classes of British businesses cannot get BI coverage under the Arch prevention-of-access wording, even if the measures taken to enforce social distancing in Britain caused them to lose business despite the fact that they were not closed. The British government in March 2020 issued a series of orders and public health advisories, some of which ordered entire classes of business to close while others restricted on-site activities.

“This has very real significance for shops and restaurants, for example, because insurers say there is no prevention of access if customers are not allowed to go to a shop and the shop owner is not allowed to let them in to buy in-store, but the shop staff can still go into the shop to process mail orders,” said Colin Edelman, a lawyer representing the Financial Conduct Authority, during the U.K. Supreme Court hearing in November 2020.

“If [phone or Internet sales is] what you wanted to start doing, there is a prevention of access or inability to use, but if you were doing some of that before, then there is no prevention of access, no inability to use, according to insurers. We say that defies a common-sense construction and application of these policies, and undermines their commercial purpose,” Edelman told the court on behalf of the British insurance regulator.

The High Court of England and Wales sided with insurers on how the “Arch 1” prevention-of-access wording would apply in Britain to retailers deemed “non-essential” by the government, and which businesses, therefore, could only make deliveries for orders received by customers by phone, Internet or mail.

Whether or not coverage is triggered in those cases depends on the specific facts.

“If the relevant business, for example an independent bookshop, did not previously deliver pursuant to orders online or by telephone or by post, it seems to us that the setting up of such a service would not preclude there being a prevention of access, since that business would be fundamentally different from the business described in the policy schedule,” the High Court of England and Wales said in its Sept. 15 ruling on the Arch 1 wording in the FCA test case.

“In contrast, there would not be a prevention of access in the case of an estate agent which already conducted a proportion of its business online and which was permitted to continue using its premises to conduct that online business even though clients could no longer come to the premises in person.”

That ruling means essential businesses that were allowed to remain open – such as food retailers, pharmacies, gas stations and banks – do not have coverage at all.

If these types of businesses suffered a drop in revenue because people only went out for essential supplies, this could be considered an “impediment” or “hindrance” on the use of the premises, but not a “prevention of access to the premises,” the High Court of England and Wales ruled.

Edelman used the analogy of a road that is open only to local traffic, with a police officer stopping vehicles whose drivers intend to use the road as a through route.

“Is there a prevention of access to the road? Let’s assume that some way far up the road, which really needs to be driven to, is a shop which relies on through trade, people driving through, to stop at it. Insurers say ‘no’ and the [High Court of England and Wales] says ‘no,’ because residents and their visitors can still use it. We would say on the ordinary use of language and the ordinary understanding of the term, there most certainly is a prevention of access to those other than residents or those visiting them.”