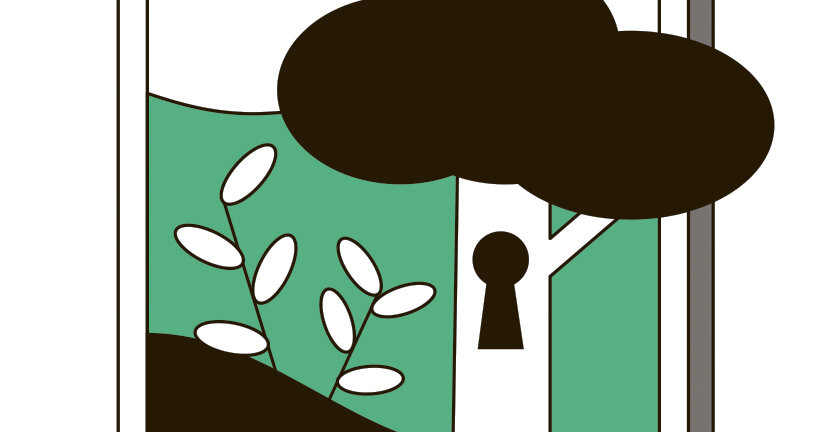 If it feels as if you’ve already explored every last nook and cranny of your cramped lockdown life know this: Right under your nose, there’s a hidden world operating entirely out of view.

That world is geocaching, a no-contact game of hide-and-seek between hundreds of thousands of strangers. Players hide caches — waterproof containers, usually small plastic boxes — in out-of-sight spots for others to discover using GPS technology.

How has this world remained totally hidden from you? The first rule of geocaching is to try to keep your searching a secret. If a runner jogs by, players may pretend to be deeply engrossed in plant identification. (Once you know about geocaching, you may realize just how many other folks are pretending to be fascinated by that patch of ivy.)

Geocaching began in earnest in 2000, when the U.S. military adjusted its GPS satellites to improve accuracy for recreational GPS users. An enthusiast in Oregon hid the first cache, said Bryan Roth, president and co-founder of Geocaching HQ, which runs Geocaching.com. Since then, the community has grown steadily, with the pandemic spurring a considerable increase in participation.

“At a time when people are looking for some distraction, getting outside really works well,” said Mr. Roth, who noted that sign-ups for the Geocaching app are up 70 percent compared with last year.

Caches are rated 1 to 5 by their difficulty; beginners may want to start with a 1 and work up from there. GPS will usually get you within 30 feet of the cache, and instructions like “look to the north of the roadway” can clue you in on exactly where you should be searching.

Then the real hunt begins.

When you find the cache — be it hidden under a tree, tucked into a log pile or taped to the back of a sign — you can check it off on the app. Most caches have a logbook tucked inside that shows everyone who was there before you, while others will contain a trinket as a treasure. (Putting a few tiny objects in your pocket before you head out gives you options if you think you might want to swap with the trinkets inside.)

One particularly nice benefit of geocaching is that it gets screen-addicted kids outside. And even though geocaching happens outdoors, you needn’t be outdoorsy.

When a friend first suggested that Katie Sweeney and her husband try geocaching in 2007, “I was like, I don’t really like hiking,” she remembered. Ms. Sweeney, a copywriter based in the Netherlands, soon found many caches within a few blocks of her home, in Philadelphia at the time. Today, she takes her 6-year-old daughter out to geocache on their way to or from the grocery store or other errands.

“We’re always discovering new places near where we live,” Ms. Sweeney said, adding that children can really be an asset. Their different vantage points often help them see things adults might overlook.

Nick Geidner, a University of Tennessee journalism professor, doesn’t mind if a hunt is a bust.

“We don’t always find them,” he said. “But if we fail, we can come back and we can try again.” Henry, his 7-year-old son, wasn’t quite so sure. When asked how he felt after giving up on a recent hunt, he said, “I’m not like angry, but I’m not like happy.”

The thrill of finding a tricky or unique cache, though, far outweighs those not-happy moments. In September, Ms. Sweeney and her daughter found a once-in-a-lifetime cache, which had a gamelike opening with a maze, magnetic ball and secret code.

“It was this little joy,” said Ms. Sweeney, recalling opening the cache. “We’re all just looking for little moments of joy.”