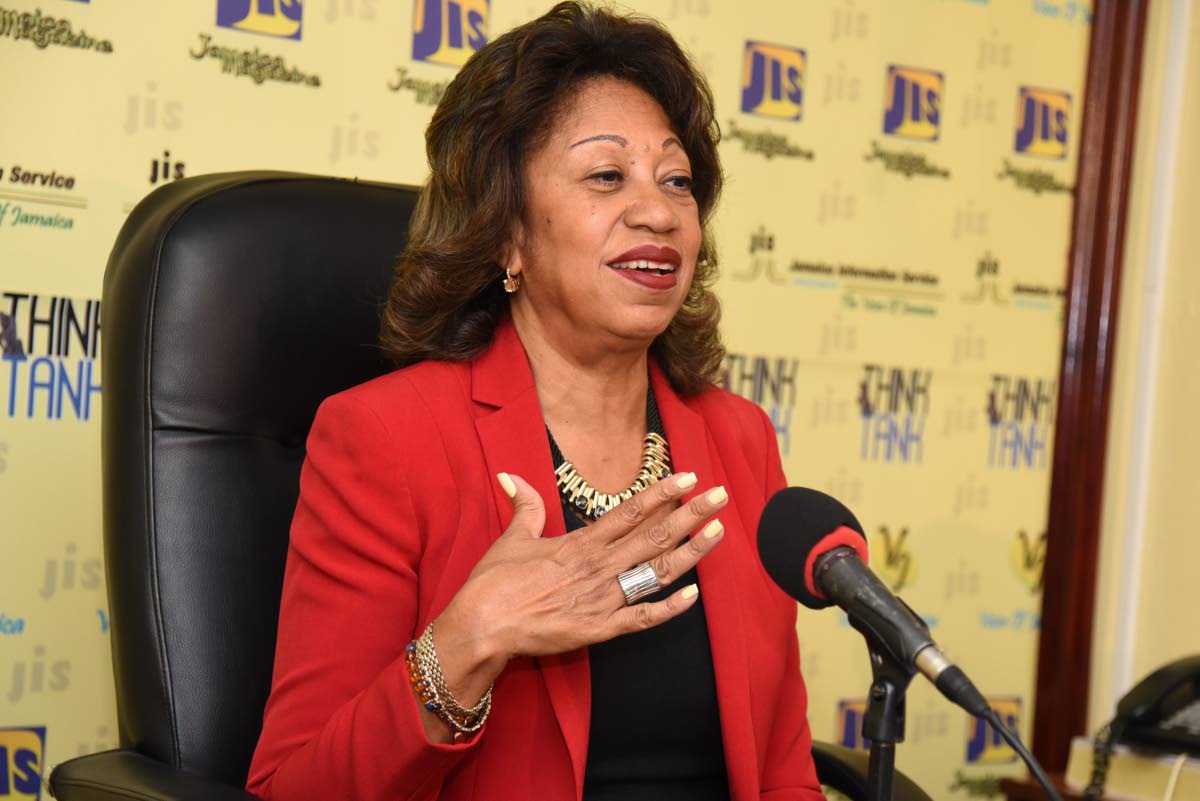 It’s a familiar story. Farmers across Jamaica suffer millions of dollars in crop and livestock losses from heavy rains, hurricanes or drought, and the howls of complaints are met by the announcement from Government of plans to look into or fast-track the establishment of crop insurance arrangements, to ease the collective pain of the agriculture sector. This has been the cycle for at least a decade. For the new year, state-owned investments promotions agency, JAMPRO, says it is working to get past the talk.

A Food Security and Agribusiness Council (FSAC) was recently set by JAMPRO with a mission to, among other things, cut red tape by identifying and bulldozing roadblocks to growth and development in the agriculture sector. This group, JAMPRO head Diane Edwards said, is working to bring to market a crop insurance policy for farmers in 2021.

The Government’s industry, commerce, agriculture and fisheries ministry has, over the years, taken the lead on the matter, with minister without portfolio in the agriculture ministry, J.C. Hutchinson, having up to two years ago, promised to make the insurance regime a reality under the aegis of the Government.

He had announced in Parliament then that a concept document had been developed and stakeholder consultations commenced to secure off-budget financing for the insurance scheme. No timeline was given for its activation.

The roll-out of the crop insurance product, which now forms one of 10 agricultural ‘roadblocks’ the FSAC is said to be tackling, is expected to be the result of a partnership involving the Government and the private sector.

A subcommittee of the JAMPRO working group has been formed to give oversight and leadership to the efforts to structure and get private insurance companies to buy into the idea of the crop insurance policy and create insurance products that can be marketed to farmers. Already, discussions are said to have been started with a few local insurance companies and the state-owned Development Bank of Jamaica. The talks have centred on coverage, risk assessment and premiums.

“This is a complicated matter, because it involves a lot of risk assessment, risk mitigation and consolidation,” Edwards told the Financial Gleaner.

The Jampro group is said to be working through the knotty issues with the stakeholders.

“How insurance works is that you have to be insuring a vast number of people and hoping that only a small percentage need to make a claim. But we are in discussions with a number of financiers, and we are hoping that this is something that we will, sometime next year, be able to bring to market,” the JAMPRO head said towards the end of December.

Once brought to market, the insurance policy will provide support to farmers who are adversely affected by a variety of weather-induced natural disasters.

“This is not going to be overnight, because farming is already considered to be a risky business and, when you add to it the issue of natural disasters, which are becoming more frequent with climate change, then premiums go up,” Edwards pointed out.

So far, the only insurance product on the market targeting small-scale entrepreneurs such as fishermen, taxi drivers and domestic workers, is the livelihood protection policy, which was introduced to the market in 2019 by insurance company, GK Insurance.

Government’s response to the repeated instances of crop loss by farmers has been to dole out a variety of relief packages, often involving the provision of planting materials through state agencies like the Rural Agricultural Development Agency. The Government announced recently that it would provide preliminary assistance, to the value of some $647 million, to the country’s farmers in the aftermath of the most recent crop flooding episode in October and November 2020. Farmers in the parishes of Clarendon, Manchester, St Elizabeth, St Catherine, St Andrew and St Thomas were said to have been affected most severely.

JAMPRO’s FSAC was set up with the mandate to grow Jamaica’s agriculture sector as part of a national agribusiness strategy.

The efforts by JAMPRO represent sweet news to the ears of Norman Grant, a former senator and ex-president of the Jamaica Agricultural Society, Jamaica’s main farmers’ umbrella group. He insists that it is time the Jamaican Government pulls down on financing from the regional risk pooling mechanism, the Caribbean Catastrophe Risk Insurance Facility (CCRIF) to which the country contributes significant sums of money.

“A government agency should step in to develop a legal framework that allows farmers to contribute premiums from sales that would give them catastrophic coverage of their crops in the case of disaster. Where the crop would have been substantially lost without the farmers having an opportunity to recover at least 50 per cent of their cost from the sale of disposal of the crop, I think a crop insurance would be necessary,” Grant told the Financial Gleaner at the weekend.

He wants JAMPRO to reach out to engage the finance ministry on the regional CCRIF scheme to which he says the Government has contributed billions of dollars over the last 15 years, but has not received any claim, based on the nature of the insurance arrangement.

“When I was in Senate, I called for the Government to bring to a cessation the premiums paid into that scheme. That (money) should be used to set up a national crop insurance scheme under the government, to which registered farmers would contribute premiums,” Grant said.

He wants the agriculture insurance scheme to cover all the farm sectors, including growers of traditional crops such as coffee, coconut, banana, citrus etc. A model should then be developed, he said, for the non-traditional crops like cash crops, roots crops. The fisheries industry, he noted, should also get coverage under the programme.

Health insurance matters – even in the days of premium refunds

Why Lemonade Stock Has Tripled Since November

4 ways to save money on your insurance

Health insurance matters – even in the days of premium refunds