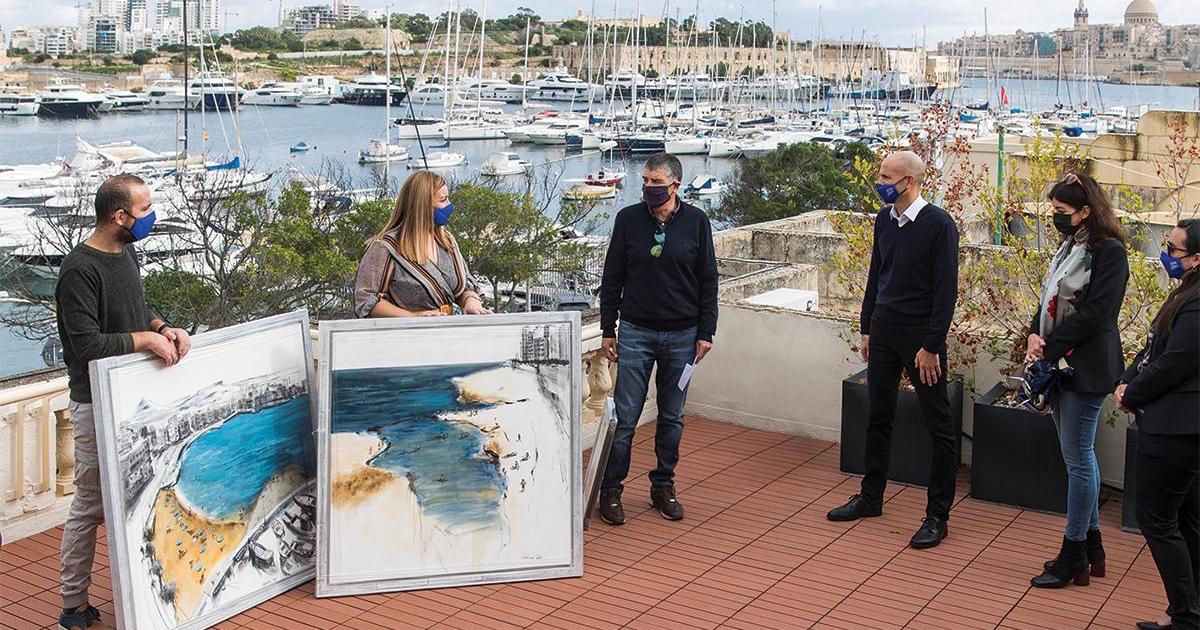 Atlas Insurance recently thanked its former managing director and CEO Michael Gatt, who retired earlier this year, during an event held at the insurer’s head office in Ta’ Xbiex.

In April 2020, Matthew von Brockdorff was appointed as the new managing director and chief executive officer of Atlas.

Prior to the new appointment, Von Brockdorff was deputy managing director for the past 15 years.

Gatt has been in the insurance industry for over 40 years, setting up an agency that represented Eagle Star and AXA in Malta.

Following a merger in 2000, he became sales director for Atlas Insurance Agency Ltd, which held a major share of the Maltese insurance market and leading in commercial lines.

During the event, two paintings and a leisure retirement gift were given to Gatt by Von Brockdorff and Yvette Genovese, on behalf of the board of directors and Team­Atlas.

“You have been an inspiring leader, guiding the group through a period of growth and change with a strong sense of direction and values.

“You handed over the company in impeccable condition for us to continue to nurture and grow it,” said Von Brockdorff, who also thanked Gatt for his great contribution, commitment and many years of loyal service to Atlas.

Independent journalism costs money. Support Times of Malta for the price of a coffee.