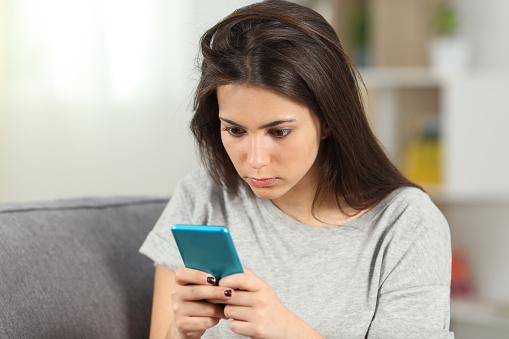 It seemed impossible that the post-election litigation cycle could get any stupider. Rudy Giuliani melted down figuratively and literally on screen. His other Elite Strike ForceTM lawyer’s resume is… far from elite, though she is a doctor! Sidney Powell’s legal theories proved so baseless and bonkers that she was kicked out of the band and launched her own Team Kraken. Then Texas sued other states because OF VERY IMPORTANT CONSTITUTIONAL ISSUES and the Supreme Court laughed at them, prompting a wingnut theory that John Roberts yelled and cursed at the other justices in the conference room despite not having met in person in months.

But Team Kraken’s bass player Lin Wood is here to take it up another notch.

Can we get some more clarity on that, Lin?

If only Umberto Eco were alive to see The Plan become real. In Foucault’s Pendulum, the characters make up a stupid series of conspiracies as a lark and eventually find the intertwining conspiracies metastasize and dangerously drag more people into the nonsense. Trump’s electoral defeat is now tied to Jeffrey Epstein and Pizzagate. The grand unified theory of batshit is right around the corner. 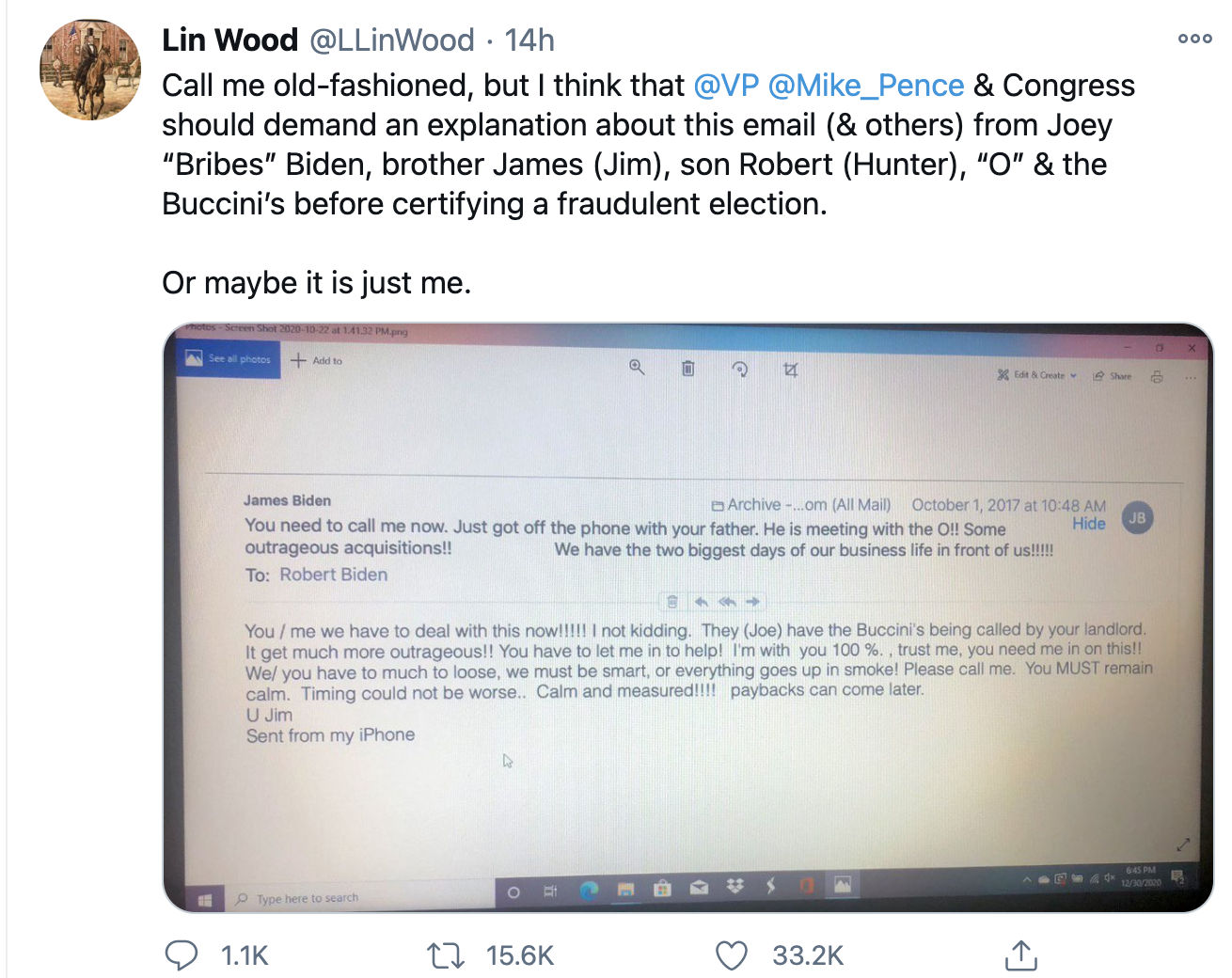 Be sure to check “Hunter Biden’s laptop” off on your Bingo card. Fantastic email by the way… with grammar that impeccable there is no way it could be mistaken for a Russian apparatchik trying to draft an email through Google translate. Nope. 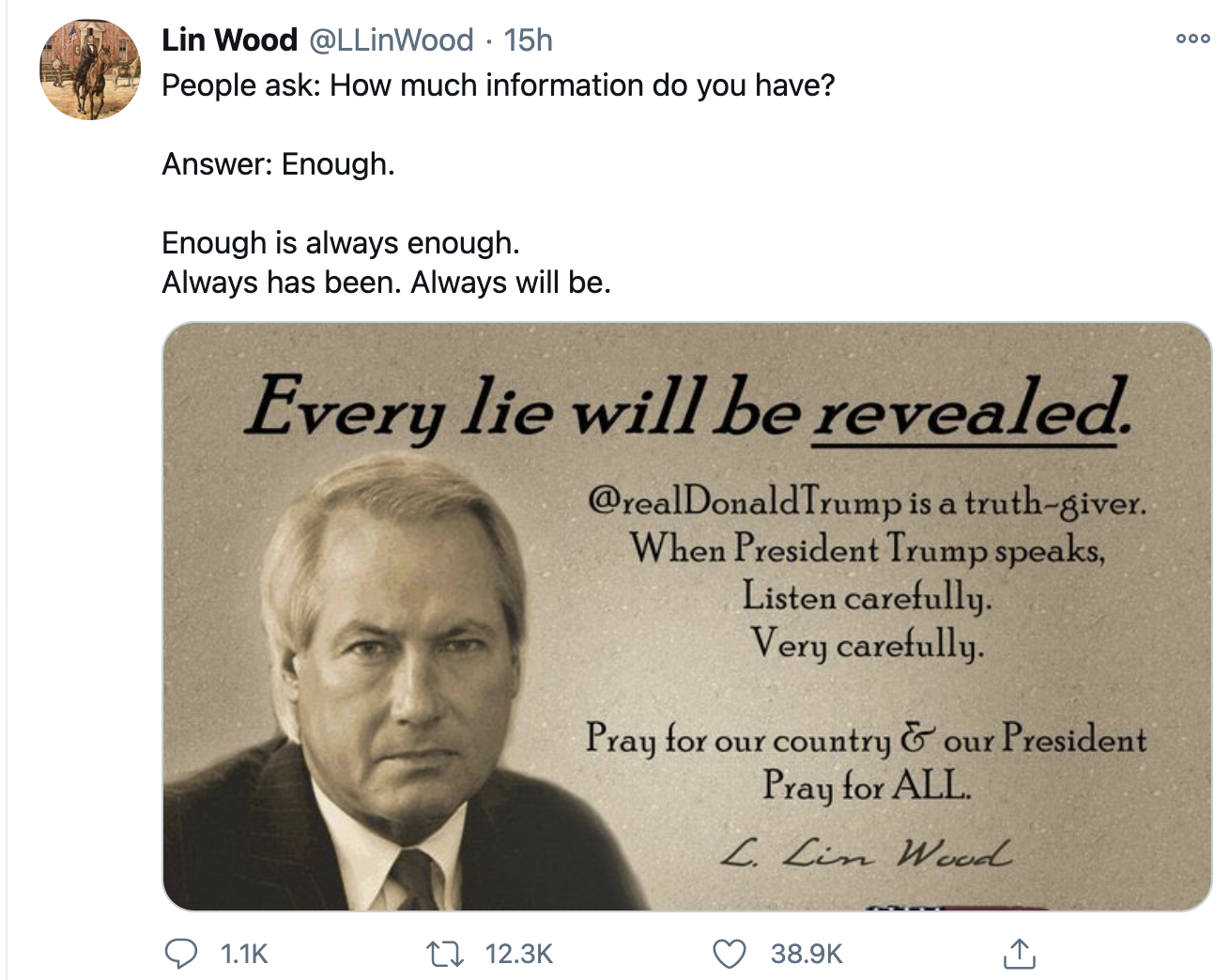 And now QAnon enters the chat. We’re through the looking glass here people!

The implication here is that Roberts could sue Wood for defamation… but TRUTH is a defense to defamation… so the fact Roberts hasn’t sued him yet proves everything Wood is saying must be true. QED, mofos! Or maybe it’s because Roberts is a public figure requiring an uphill climb to prove defamation and there aren’t any damages because these claims are so absurd that they aren’t damaging his reputation? Who’s to say? 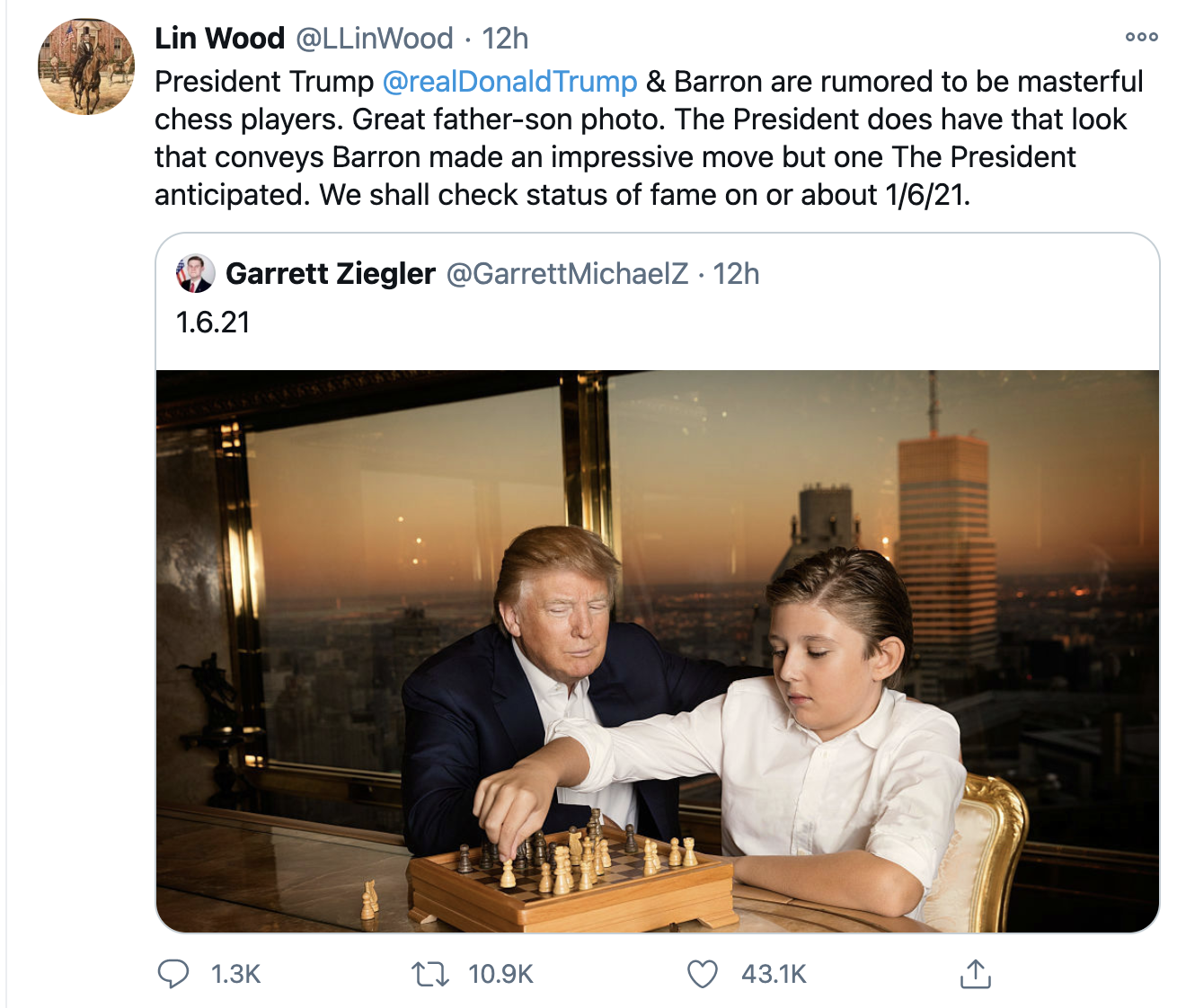 You know, how people always play chess, perpendicular to the board for a photo op. The board’s a little hard to see, but it certainly looks like Trump intentionally moved his Queen into a place where Barron could take it on this move and instead the kid is moving a random pawn and exposing his other Knight. So… yeah, this does look a lot like January 6, 2021.

Wood then spends an hour going after Dan Crenshaw and then an hour going after Mark Meadows. And Moderna and Bill Gates. It’s like the 12 Days of Christmas of wild accusations. I’m just waiting for the classic “FIVE. GOLD. RINGS!!!! (Forged by George Soros in the fires of Mt. Doom).”

But thankfully, Wood isn’t finished with John Roberts yet.

Well, that took a turn, didn’t it.

What you should know about the cyber attack on Dell.com

What’ll He Think Of Next? — See Also

8 Integral Components To Include In Your Sales Online Training Program