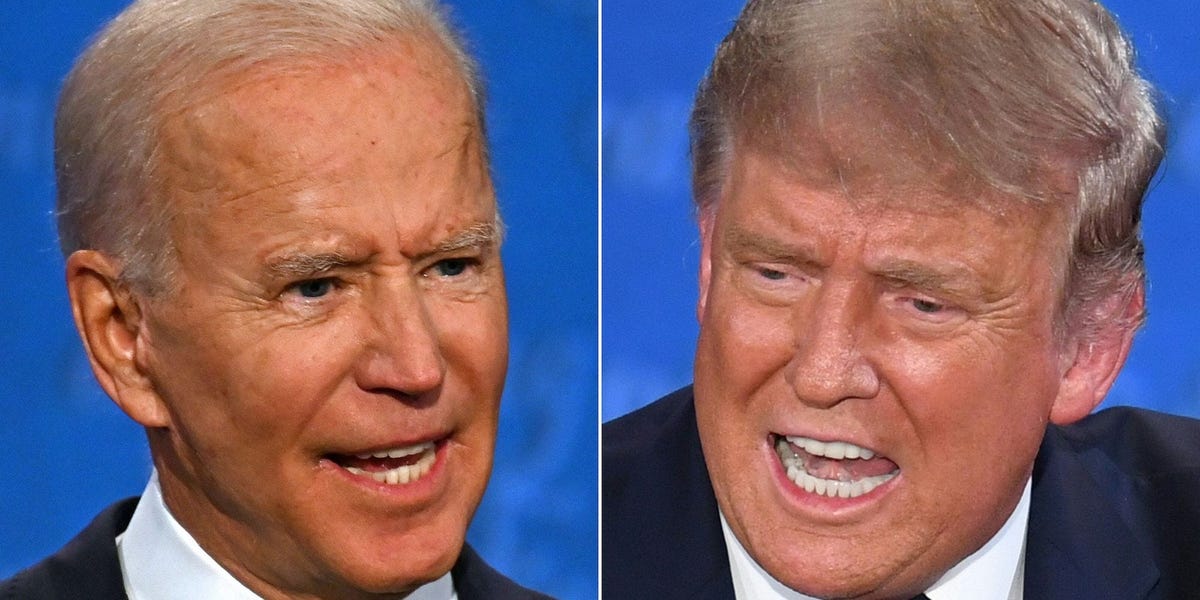 The outgoing Trump administration’s refusal to coordinate the handover of the Pentagon with the incoming Biden team, as well as the last-minute stacking of civilian positions with fringe national-security figures, comes at a fraught time for US national security.

Two NATO officials and a former Obama administration defense official contacted by Insider described a tense environment as the US and its allies deal with the aftermath of wholesale Russian hacking of US government computer systems as well as increased tensions with Iran throughout the Middle East.

“So there’s been a historic breach of the American government’s key networks, US troops and NATO allies are fighting together in Iraq, Afghanistan, Syria, and East Africa, and it’s coming on the year anniversary of the assassination of Soleimani that Tehran has vowed to revenge,” a senior NATO official said, referring to Iranian Maj. Gen. Qassem Soleimani, who the US killed in a drone strike in Iraq on January 3.

Read more: Biden is hiring 4,000 political staffers to work in his administration. Here’s how 3 experts say you can boost your chances of getting one of those jobs.

The official asked not to be identified criticizing a key ally.  The person spoke on the same day the US flew multiple B-52 bombers to the Middle East as a show of strength to deter Iranian action.

“The refusal to coordinate the handover of the most powerful military force in the world in a united, responsible manner would be almost unthinkable in the annals of history,” the official said. “Except of course it’s 2020 and we are talking about the incredibly selfish, irresponsible asshole called Donald Trump.”

The official said it was important that President-elect Joe Biden’s team be briefed on what the official described as “a significant security situation underway with Iran that could explode at any time” and “clear evidence that many of the most secure US computer networks were hacked by Russian intelligence.”

“We need the incoming Biden administration to be fully briefed and ready to deal with these very dangerous issues facing NATO’s security,” the official said.

Read more: The US brokered an unprecedented summit between Israel and Saudi Arabia as a reward for assassinating a leader of Al Qaeda, sources say

The Pentagon has conducted some meetings with Biden’s team, according to Sue Gough, a US Department of Defense representative. Though one of those briefings — on Russia’s hacking of the highest levels of the Trump administration — occurred only Wednesday, the day Insider requested comment.

“The Biden-Harris DOD Agency Review Team has met with the combatant commanders for US Cyber Command; US European Command, which included NATO as an agenda topic; and US Central Command, which included discussions on Iran; as well as with the deputy assistant secretaries of defense for Europe and NATO, and for Russia, Ukraine, and Eastern Europe,” she said.

“Today DOD briefed the ART on cybersecurity. Additionally, DOD has provided the ART with several responses to requests for information and a number of information papers, including in the initial transition books, that have discussed current US relations with NATO and NATO member nations.”

The danger of chaos

Beyond a refusal to conduct transition meetings for an organization with more than a $720 billion annual budget and millions of employees, Trump also fired Secretary of Defense Mark Esper in November. And Trump began appointing loyalists to key positions, including civilian oversight of special operations as well as numerous technical advisory boards. Some analysts fear that shows an intent to stack the department with loyalists to interfere with the Biden administration.

But a former Obama-era defense official — who agreed to speak on the condition of anonymity to discuss internal staffing matters at the US Department of Defense — said the concerns should be more focused on the danger of chaos rather than a coordinated fifth column left behind by Trump to continue his policies.

“First off, Trump doesn’t appear to have any defense policies at all, so there’s not some grand plan here,” the former official said. “If any of these figures are loyal to Trump, it’s as part of a cult attraction, not some ideological one, because there is no ideology.”

That’s not to say the last-minute appointments — which include Anthony Tata, a former general named to the top policy position in November — do not pose risk, the former official said.

“These marginal figures like Tata — who could have never gotten this close to the top jobs, because in [Tata’s] case he’s completely insane — have a chance to pad their résumés with a title that can help them later to get consulting jobs,” the Obama-era official said.

Separately, the source said, a typical warning sign is when “you see them suddenly trying to pursue or lock-in policies — troops drawdowns, shifts in priorities from the Air Force to Navy — that are their personal ideological goals, or it’s basic corruption where they’re pushing last-minute policies that will benefit past and, they hope, future defense-contractor clients.”

The “insane” comment is a reference to Tata’s past. Before he was under secretary of defense for policy, Tata kept a lively Twitter feed and appeared as a guest on Fox News, often making comments that were not moored in fact or reality. He once falsely described President Barack Obama, who is Christian, as a Muslim and argued that Obama was a “terrorist leader.” He also tweeted without evidence that Obama was a “Manchurian Candidate” in the White House.

An Army investigation in 2007 found a falsified legal document had been entered into his child-support case, favoring his side. Tata told the News & Observer, “we cleared it up right away.” He also slept with two women while married to his wife, an offense under military law, the News & Observer reported.

Before he was first proposed for the Pentagon policy job, Tata was such a minor figure in military affairs that Sen. Jim Inhofe said fellow senators “didn’t know enough about Anthony Tata to consider him for a very significant position at this time,” according to Defense News.

Insider asked the Pentagon and Tata for a response, and the Department of Defense pointed to a statement that Jonathan Rath Hoffman, the assistant to the secretary of defense for public affairs, made during a July 30 press briefing: “General Tata has experience and success leading large public organizations, public-sector organizations and extensive national security experience. He has been an effective acting under secretary of defense for policy.”

The White House, which had previously praised Tata, deferred comment to the Defense Department.

Given the penny-ante nature of Tata’s flaws, the damage from a fundamental policy standpoint would be minimal for the most part, the former official said. But dealing with it will suck resources and attention from more important matters and at the Pentagon that can end up being risky, the source said.

“It’s probably going to be another half-assed mess someone will have to once again clean up, for Donald Trump and his merry band of idiots,” the former official said. “The real risk is everything that they’re not watching or helping prepare the Biden team for as they run around pursuing personal goals at the taxpayers’ expense.”

7 Signs That You’re Ready to Buy Your First Home

When Credit Card Debt Is Tax-Deductible

Can a private company grant loan to its director