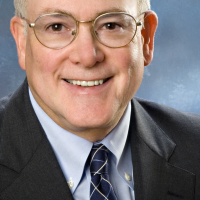 Bookmark of this page has been deleted.

Pfizer, Walt Disney and D.R. Horton are among my favorite stocks for the coming year

Pfizer (NYSE:PFE), Walt Disney (NYSE:DIS) and D.R. Horton (NYSE:DHI) are among my favorite stocks for the coming year.

As you tune up your portfolio for the coming year – a year that hopefully won’t be dominated by a pandemic, as last year was – here are 10 of my favorite stocks to consider.

Alphabet Inc. (NASDAQ:GOOGL), the parent of Google, You Tube and Waymo, practices ceaseless innovation. The stock is fairly expensive, but this is the rare case where I’m willing to pay up for quality. I think that the antitrust actions against Alphabet in Europe won’t dent the company’s momentum.

I hope I’m wrong, but I fear the Covid-inducted recession may outlast the pandemic. America’s Car-Mart Inc. (NASDAQ:CRMT) sells used cars with car loans, mostly in the South and mostly to people with flawed credit ratings. It managed to stay profitable even in the Great Recession of 2007 to 2009.

Want the genius of Warren Buffett (Trades, Portfolio) in your portfolio? You can buy Berkshire Hathaway Inc. (NYSE:BRK.B) for 15 times earnings. That’s a bargain in a market where the median multiple is about 26. Berkshire owns about 60 companies outright, plus slices of many others, including Apple (AAPL), Geico and Coca-Cola (KO).

If computers play an increasingly central part in our lives, then cybersecurity is bound to be a growth area. That’s the specialty of Check Point Software Inc. (NASDAQ:CHKP), an Israeli company that has achieved a return on equity above 15% for 25 years in a row. It is also debt-free.

As millennials reach child-bearing age, many of them will want single-family homes. D.R. Horton Inc. is among the largest homebuilders, sells houses at a variety of price points and has a better balance sheet than most of its peers. The stock sells for only 12 times earnings.

A lot of elective surgery has had to be postponed during the pandemic, so Edwards Lifesciences Corp. (NYSE:EW) has seen its revenue growth slow to 6% from its usual 14% or so. Edwards makes artificial heart valves and other products for cardiac surgery. I think it will resume its usual growth pattern.

As the Covid-19 situation proves, Pfizer Inc. can invent and mass-produce vaccines. If there is another pandemic someday, Pfizer will probably play an important role in ending it. The company sells some 312 drugs in the U.S., yields 4% in dividends, and is consistently profitable.

After six and a half years of agony, I see signs that the energy sector may snap back in 2021. In the past year, the U.S. rig count is way down. When I wade into a troubled industry, I seek a company with a strong balance sheet, and Pioneer Natural Resources Co. (NYSE:PXD) qualifies, with debt only 30% of equity.

I fear that hard economic times may linger even after the pandemic resolves. In tough times, people trade down to Walmart Inc. (NYSE:WMT) from more expensive stores. I also like Walmart because it has the most advanced Internet retailing retail operation on the Internet, next to Amazon.

Walt Disney Co. has been on this list the past two years, and has returned 33% and 21%. Propelled by the quick success of the Disney+ streaming service, and by the likely reopening of theme parks and movie theaters post-vaccine, I think it will have another good year.

So far as I know, I’m the only stock-market pundit who regularly publishes his past results, good and bad.

Ironically, my list of 10 favorites for the coming year has been one of my least successful series. My average return has been 5.8%, which compares unfavorably with 10.4% for the Standard & Poor’s 500 Index.

Among my previous 16 columns in this series, only five have beaten the S&P. My recommendations have been profitable 12 times out of 16.

Bear in mind that my column recommendations are hypothetical: They don’t reflect actual trades, trading costs or taxes. These results shouldn’t be confused with the performance of portfolios I manage for clients. Also, past performance doesn’t predict future results.

Disclosure: I own all of the ten stocks recommended today, plus Sony and General Dynamics, personally and for most of my clients.

John Dorfman is chairman of Dorfman Value Investments LLC in Newton Upper Falls, Massachusetts, and a syndicated columnist. His firm or clients may own or trade securities discussed in this column. He can be reached at [email protected].

Not a Premium Member of GuruFocus? Sign up for a free 7-day trial here.

John Dorfman founded Dorfman Value Investments in 1999. Previously he was a Senior Special Writer for The Wall Street Journal, executive editor of Consumer Reports, and a managing director at Dreman Value Management. His syndicated column appears on Tuesdays on this website and also in the Pittsburgh Tribune Review, Ohio.com, Virginian Pilot and Omaha World Herald.

Your selection and notes will be stored in your portfolio.

“Residence Premises” and “Where You Reside” Insurance Coverage Gaps—The Killer Exclusion That Is Not Listed As An Exclusion: Part Two