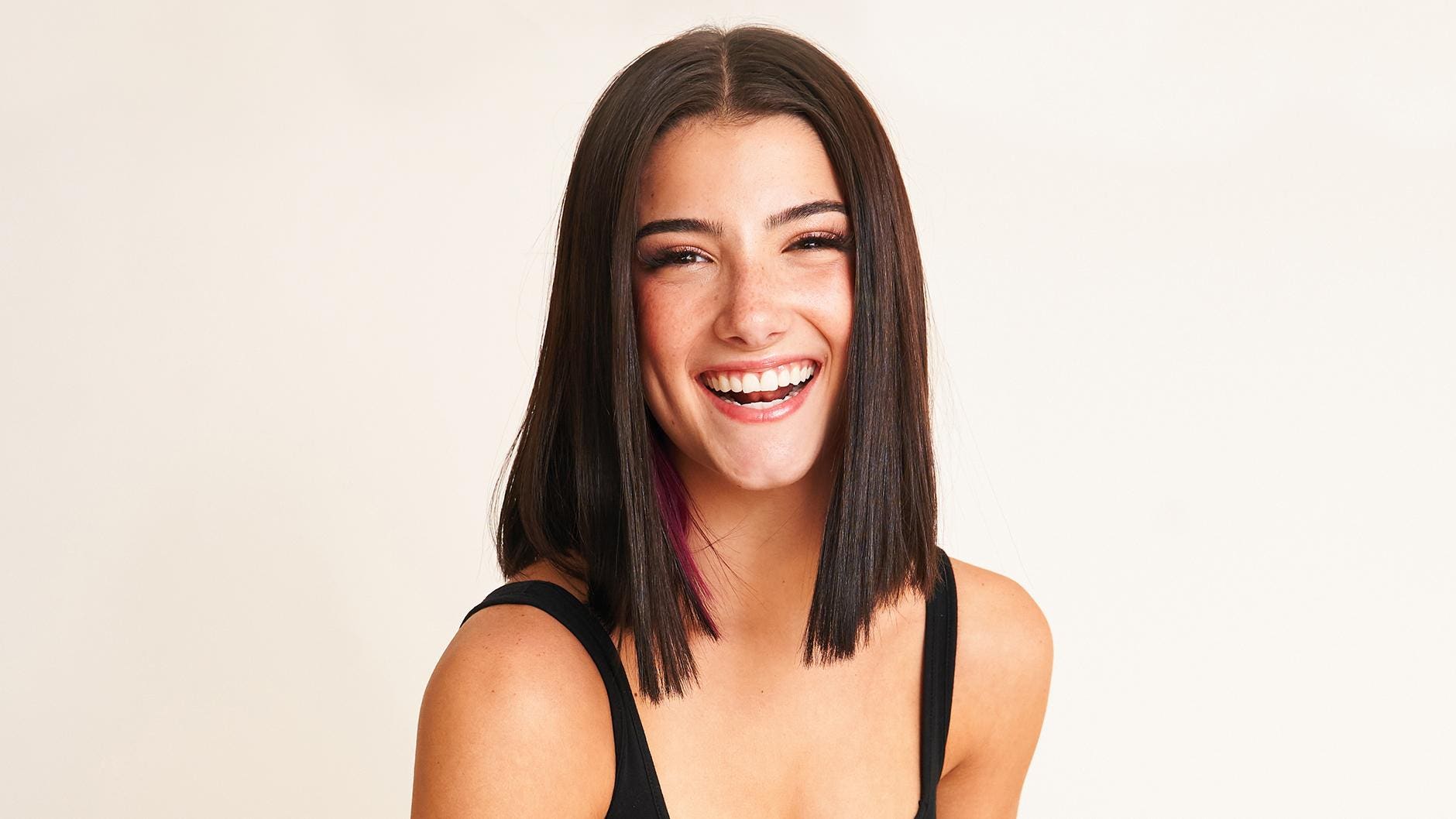 With most of us stuck at home on the sofa in 2020, it was a boom time for social media. Some people used it to connect with friends, family and coworkers during the long, forced seclusion. Many others saw it as a safe haven, a place to turn to for entertainment and diversion—giving rise to a new generation of young celebrities, who climbed to fame as TikTok demanded more and more of our screen time.

Here are our picks for the people, companies and trends that defined social media in the last year.

What do Floyd Mayweather, Tiger King star Carole Baskin and YouTuber LA Beast have in common? They’re all for hire on Cameo, the web-based business that allows you to commission videos from celebrities—perhaps to wish someone a happy birthday or to congratulate them on a promotion. Over the last 12 months, users bought 1.2 million Cameos, triple the amount commissioned in all of the company’s prior four-year history, while the average price of a video rose 60%, to $80. For customers, Cameos are an opportunity to send a personalized gift without leaving home. For celebrities, they’re a new revenue stream, an opportunity to stave off their own lockdown boredom and a chance to stay relevant with fans—especially since well-made Cameos often go viral on social media. “My mom loves Kenny G more than any artist, and he made her a birthday Cameo,” says company cofounder Steven Galanis. When Mama Galanis received the video, she posted it on Facebook. “It’s the most engaged post she’s ever had,” Steven Galanis says.

Shortly after bars, professional clubs and conference centers went dark, Clubhouse launched in April. The invite-only, audio-based social network seemed to offer a dream version of a cocktail party: hop between different group conversations in which anyone could participate while the guest list stayed ultra-exclusive. To accomplish the latter, Clubhouse at first limited its user base to celebrities (Oprah, Chris Rock, Ashton Kutcher) and the corporate elite (Jeffrey Katzenberg, Mark Cuban, Marc Andreessen). Its overnight popularity sparked a bidding war among VC firms ready to finance it, and it snagged a $100 million valuation in an Andreessen Horowitz-led round in May. Clubhouse remains invite only—and dogged by criticism that it should do more to moderate its users and heed complaints about racist and sexist comments made on its app.

Yeah, this one’s not really much of a competition. The video social network has ballooned from 55 million users worldwide in 2018 to 690 million this year. As a result, the app has become the center of internet culture, where video-based memes featuring snippets of songs, physical stunts and choreographed dances are endlessly remixed. TikTok’s short clips are often shot casually in a living room or bedroom, far different from Instagram’s glossy, curated photos and YouTube’s much-lengthier videos. “It’s really lowered the bar for creation,” further fueling TikTok’s popularity, explains Brianne Kimmel, a venture capitalist focused on consumer tech and social media. There’s no greater sign of profound disruption than the race to copy it: In the past year, Instagram rolled out its short-form Reels videos, and Snap is paying $1 million a day to encourage its users to publish content to a public feed similar to the one TikTok has.

“You’re going to make mistakes,” Discord cofounder Jason Citron admitted in a Forbes interview in June. “As long as it doesn’t kill you, you learn from it.” He and cofounder Stan Vishnevskiy certainly seem to have learned from theirs. Their chat app was once most famous as the tool used by white supremacists to plan the deadly 2017 Charlottesville protests. It’s since become a widely popular voice- and video-chat platform used by everyone from students and teachers contending with remote learning to Black Lives Matter protesters. In June, Discord raised $100 million in funding that placed a $3.5 billion price tag on the firm. With its popularity continuing to climb in lockdown, the company raised another $100 million in December that roughly doubled its valuation in a year.

In 2020, President Trump declared war on social media. He probably would’ve had better luck maneuvering elephants over the Alps.

Most prominently, the president tried—unsuccessfully—to get Chinese-owned TikTok to sell itself to a U.S. company in a matter of weeks. And then there was his equally unsuccessful campaign to get Congress to repeal Section 230, the key federal legislation offering broad legal protection to social media firms and other internet companies. While there is significant bipartisan support for altering the law, most lawmakers disagree with Trump’s sledgehammer approach, and as with many things, President-elect Biden seems more likely to accomplish meaningful reform. “With a more clear and coherent approach from the executive branch, I think it will give more space for the consensus in Congress to grow,” says Graham Brookie, director of the Atlantic Council’s Digital Forensic Research Lab.

Forbes Forecast: Some of the TikTokers will grow up

They may be newly famous online, but many TikTok stars need a dose of reality.  “Influencers think pretty short term,” says Tiffany Zhong, 24, publisher of a widely read annual report on social media trends and cofounder of Zebra IQ, an app that helps influencers build their online fanbases. “A lot of them need to learn to think longer term.” The savviest TikTokers will begin to focus less on fee-based brand deals than on equity stakes—either in businesses they start themselves or in established brands—following the same route to riches that older, traditional stars have blazed for them.

Some TikTokers are already thinking along these lines. In December, Charli D’Amelio, 16, signed on as both a public face of and an investor in fintech startup Step. And fellow star Josh Richards, 18, has made similar deals—in companies like LendTable, another fintech startup—plus embraced a new role as a full-fledged venture partner at Boston-based Remus Capital. The gig at Remus “was a way for me to get a lot of experience in the world of venture funds. And as a Gen Z myself, it allows them to get a lot of insight into what the next generation wants,” Richards says. “I just want to be able to learn and take in as much as I can—before I start my own fund.”

The Forbes Person Of The Year In Social Media: Charli D’Amelio

No one better personifies the explosion of TikTok than Charli. Eighteen months ago, she was an anonymous Connecticut teenager. Today, she’s the most-followed person on TikTok, recently surpassing 100 million followers, a threshold few celebrities have crossed on any app. “Charli hitting 100 million—it’s insane,” says Jacob Pace, a fellow influencer who runs a popular TikTok channel, @FlightHouse, featuring interviews and music videos with top celebs like Charli. Her following is a pretty telling sign that “TikTok got a lot more attention this year and got a lot more mainstream,” Pace says. Those fans can’t get enough of Charli’s dance moves—or her chronicles of life with her family and fellow TikTok star sister Dixie. She’s appeared on The Tonight Show Starring Jimmy Fallon, documented Paris Fashion Week as an official Prada guest and struck several lucrative corporate sponsorships with brands such as Morphe cosmetics, Sabra hummus and Hollister clothing. Next up: a Kardashian-esque reality show on Hulu due out next year about the D’Amelio clan.

We handed out these 2020 Forbes Social Media Awards after spending way too much time on TikTok and Twitter—and after some important consultations with venture capitalist Brianne Kimmel, founder of Work Life Ventures; Tiffany Zhong, a former Under 30 honoree and cofounder of Zebra IQ, an app that influencers use to build out their online fanbases; and Jacob Pace, the founder of FlightHouse, which runs both a popular TikTok account and a digital marketing consultancy.