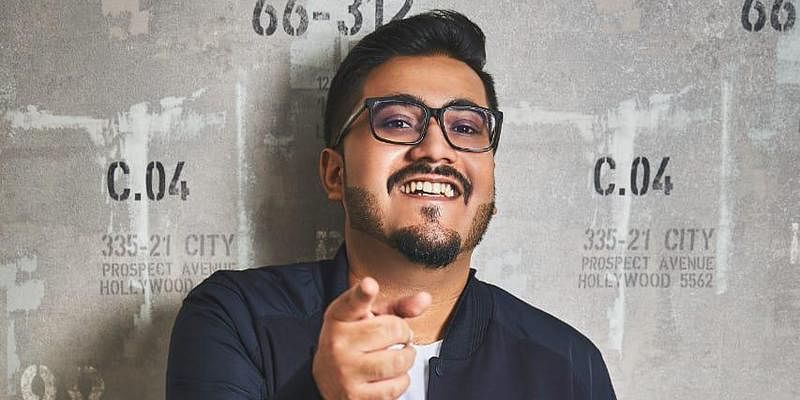 “Timing, in entrepreneurship, is everything and the only thing that you do not have any control over,” jokes Shivam Malhotra, the 28-year-old founder and CEO of content and media tech startup Malsons.

When Shivam launched Malsons in 2017, the agenda was to spearhead ever-evolving trends in the arts, music and films in India. Three years later, the young startup is now at the forefront of representing independent artists and creators internationally. Malsons has made a mark in the music and entertainment industry not only in India but also across the US and Europe. As a music label, Malsons has successfully launched over 20 original songs in different musical genres and languages on multiple music platforms. Shivam had also created an innovative, IP-based solution called “Electro-Folk” through his live music sub-division, Black Magic Music in collaboration with T-series. The firm executed more than 450 artist performances in India. In 2019, Business Connect India presented Malsons with the “Start-Up of the Year” award.

These milestones are a direct result of Shivam’s vision. Belonging to a family of successful entrepreneurs, Shivam always wanted to create a legacy brand, which he did with ‘Malsons’. He studied at the prestigious University of Southern California and started his career as an undergraduate. He went on to work with renowned Hollywood production companies like CINIPIX, Parkes + MacDonald Productions and Captivate Entertainment, a company of Universal Studios. In 2015, Shivam was recruited straight out of college by the then billion-dollar unicorn, Snapchat Inc. He was an early hire for the content team at Snapchat before he quit his high-paying job to establish his own startup.

“When I talk about Malsons, I tell people to think of us as a young SONY. We are not reinventing the wheel; just making the ride smoother. We’re in the business of music, movies and we’ve got key bets in some exciting media-tech and wearables,” says the young founder.

Like most entrepreneurial journeys, there were a few ups and downs in the beginning. But the budding entrepreneur kept hustling. As a result of persistence, Malsons signed a strategic deal with leading French distributor BELIEVE to promote independent music on a global level. Adding to the list of breakthrough achievements, the vibrant startup will be releasing their first feature film in 2021. “Initiation” is a Hollywood teen slasher horror that’s received accolades at festivals across continents and whose American rights were acquired by the legendary Saban Films. Malsons will be launching two songs created by popular Bollywood sensation Jubin Nautiyal in that project. One of the songs titled “Breaking the Rules” is the English version of the rockstar’s already hit song ‘Aatishbaazi’ and is slated as a promotional track for the movie’s Indian release.

At Malsons, Shivam and his core team of professionals identify engaging content that would resonate with the changing preferences of the audience. The focus is to establish a better media infrastructure via technology and introduce people to new music. “We are heavily data oriented when it comes to our decision-making, and there’s constant learning and unlearning in this process. Information gives knowledge, and knowledge gives power. Our purpose is to amplify music created by Indian artists in an industry that is witnessing tectonic transformation on a global scale,” says Shivam.

Artists are the very essence of Malsons. Besides the collaborations with Jubin, the company is also a proud partner of artists like national award-winning music composer Shashwat Sachdev. Malsons has also launched new talent like Manish Joshi, the 19-year-old singer of the popular hit “Jaan-Jaan” and drastically accelerated the career of live-performer, Juggy Sandhu, making him one of the highest-paid live bar artists in the country. It has also onboarded its first international talent, Vincent Berry II, the Grammy award winner for Sandcastles of Beyoncé’s hit album Lemonade to collaborate on multiple projects with A-list singers from India.

Currently, Malsons is thriving in the business of music and entertainment, and steadily growing with 26 percent year-on-year growth and aims to maintain this rate over the next six months.

“Malsons is just getting started. I believe in my brand and the people who share my goal of challenging all limits and delivering the best of the best content, every time,” said Shivam.