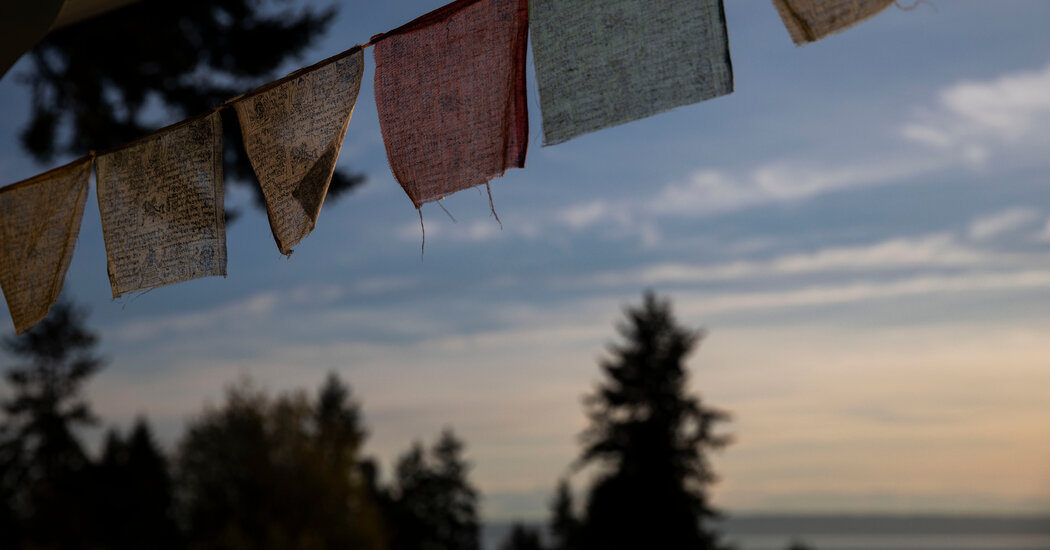 When you look back at 2020, it might be easy to think of all the challenges. But even though this has been a dark year for so many people, can you think of the good things that happened as well? Did you start any new hobbies, strengthen any relationships, or learn anything about yourself or about the world?

The New York Times recently asked readers those very questions, and “‘I Learned to Appreciate My Husband,’ and Other Silver Linings From 2020” is a selection of the more than 1,500 responses. They include:

Despite everything, we did not give up. We found new levels of courage, humility, resilience and resolve. And renewed our understanding of compassion. But that is not all.

Newborns arrived, students graduated. Marriages, birthdays and anniversaries were celebrated. Agreements were signed, careers started. Discoveries were made, solutions were found. People found love (many of us for the umpteenth time since we met), shoulders were leaned on, aid was rendered, lives were saved. Faith was found, memorials were held, kind words spoken. We began to heal. We did not give up.

The United States has weathered every crisis: independence, civil war, foreign wars, surprise attacks, economic setbacks, assassinations, civil and cultural change. We’ve endured by realizing the capacity to do what must be done. I remain optimistic. And retain my belief in a better America tomorrow.

No hurry-up breakfast force-feeding. No cold car. No lunch packing. Working in sweatpants. Less laundry. Happy pets. Screw the makeup. Bad-hair day is meaningless. No ringing phones and overheard arguments. No weird smells. No Muzak. Office with a window — that actually opens. Free to adjust the thermostat. Break-time walk around the yard instead of a parking lot. Introvert not forced to be around people eight to 10 hours a day.

I’m one of the lucky ones.

Some responses had to do with popular culture:

Naming one good thing that happened in 2020 is easy: The Los Angeles Dodgers won the World Series. I live in New England, but I grew up in Los Angeles and became a Dodgers fan in 1966, Sandy Koufax’s last year as a player. On a cold and dreary day in April 2020, early on in the pandemic, I sought solace and escape by watching the first game of the 1988 World Series between the Dodgers and the Oakland Athletics, the game in which Kirk Gibson hobbled around the bases after pinch-hitting a home run in the bottom of the ninth inning.

I had to wait 32 years before the 2020 victory. Although I have called New England my home for the past 35 years, like Tommy Lasorda, the Dodgers manager in 1988, when you cut me I bleed Dodger Blue.

One good thing about 2020? Honestly, Taylor Swift’s album “Folklore” from July and her new one, “Evermore,” in December. The music is amazing, and at least she’s doing something productive in quarantine.

Others centered on how relationships have changed:

My 2020 silver lining: video chats. (Really.) My husband and I are lucky to have a global web of friends and family. I am American, he is Australian, we met in the United Kingdom and now live in California. Our loved ones are spread over San Jose, Sydney, Canberra, London, New York, St. Louis and Denver.

The year 2020 has been a seemingly never-ending stream of heartache, but never have I ever felt so connected with friends and family. We started a daily family Zoom call when the first quarantines started in March, and the call is still going strong nine months later. Sometimes people can’t make it, or they drop in for just a quick hello, but it’s a daily reminder that even apart we are connected by our mutual love and care for each other.

Thank you, 2020, for teaching me not to take friendships and family for granted and for showing me that we don’t need to be in the same place to nurture our relationships.

The pandemic clipped my dad’s wings.

For the first time in my life my father couldn’t travel internationally for work. Pre-pandemic, he would be away for one or two weeks each month, but the threat of the virus halted international travel, keeping him homebound.

During this strange year, he finally had time to teach me how to ride a bike. He finished reading “The Chronicles of Narnia” to my sister and me. He joined the pandemic obsession of sourdough making — which led to us eating a lot of bread. Every weekend he spends time instructing us in the finer points of the Greek language.

Instead of asking him math questions by text or calling him on the phone while he was in some neighboring country, he’s now beside me with a whiteboard and marker every evening.

Though the pandemic took away too many family members from too many people around the world, it oddly gave me more of my dad.

The writer is a seventh grader at Seoul Foreign School.

This is the final letter in the selection:

The foundational principle of improv is “yes, and” — accepting the reality your scene partner establishes and adding to it, furthering the scene. Performing in improv comedy troupes for most of my life has cemented this concept in my brain.

Yet last March, all my improv-loving brain could think was “no.” No, I can’t work. No, I can’t socialize. No, the world can’t function.

Unlike me, the world accepted this uncertain new reality and said, “Yes, and.” Yes, you can shop and pick up groceries curbside. Yes, you can use the internet and work, worship, be entertained, and reconnect with old friends and relatives. Yes, people will help those in need and create therapeutic drugs and a vaccine.

The tragic realities of 2020 are undeniable. But the world has thought outside the box in astounding ways to navigate this unfamiliar life. The year 2020 epitomizes “yes, and.”

The writer is a founding member of the Amish Monkeys improvisational comedy troupe.