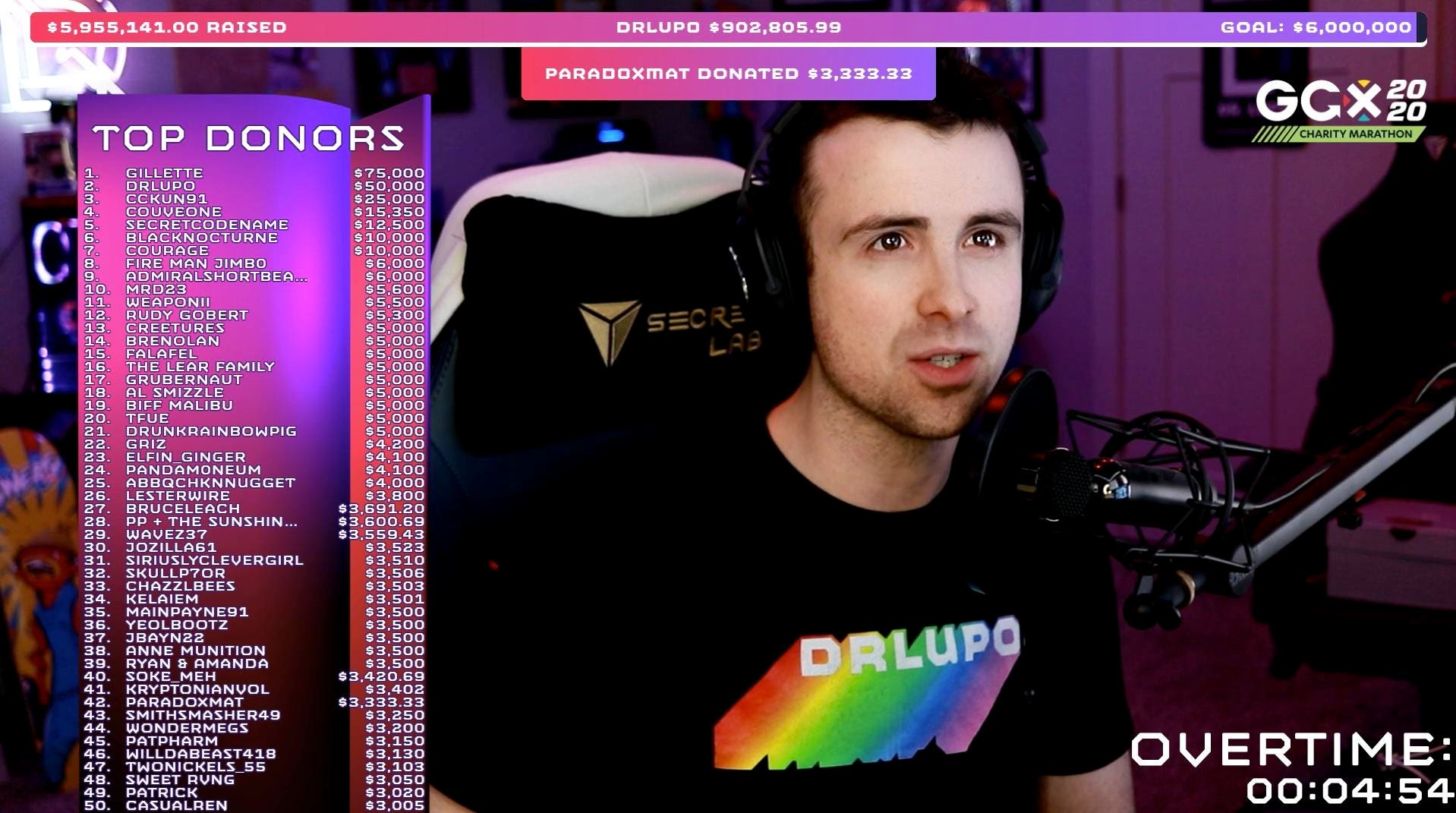 While many nonprofits are pivoting their fundraising focus to peer-to-peer efforts, tens of millions of dollars are being raised by a new generation of joystick philanthropists on Twitch.

Equipped with a custom set of made-for-fundraisers tools from Tiltify and millions of devoted followers, professional gamers like DrLupo, Pestily and Nick28T are emerging from their virtual universes yielding massive dividends for their preferred charities.

It’s a trend that both Tiltify and Twitch have seen blossoming for years.

“We have worked with Twitch from Day 1 of Tiltify in 2014 and it continues to be a home for so many amazing and unique communities that we have seen are incredibly socially aware and philanthropic,” said Michael Wasserman, CEO of Tiltify. “From major events like Yogscast Jingle Jam and Stream Aid to the power of every creator big or small, Twitch has been a massive platform for growth in the charitable industry. I’m continually blown away by the generosity of these online communities.”

“Charity has always been an important part of Twitch, a place where anyone can find a shared sense of purpose with a community as passionately dedicated to causes as themselves,” said Aly Sweetman, Director of Creator Social Impact at Twitch. “Our creators on Twitch, regardless of their following and across all categories, have been engaging in philanthropic pursuits.”

Gamer DrLupo — real name Ben Lupo — has used his annual charity stream, Build Against Cancer, to raise more than $3.68 million for St. Jude Children’s Research Hospital, according to Twitch. The third annual event will take place this weekend and feature a who’s-who of celebrity guests from across the spectrum — streamed to Lupo’s more than 4.4 million Twitch followers.

“Charity streams on Twitch are important to me because it provides an opportunity for gamers to come together for the greater good,” Lupo said. “There are tons of wonderful causes being championed by pioneer content creators across every platform, and to be able to be a part of that has nothing but a positive impact on the industry. It’s a chance to show that gaming truly does good.”

“I come from a large family and have always wanted to help others – first through serving in the military and working as a firefighter, and now through community building and fundraising on Twitch,” Pestily — real name Paul — said. “I heard about the Starlight Children’s Foundation Australia from a few friends personal experiences of their help through difficult times, and after some research of my own and believing in their goals, it was an easy choice to partner with them for the year. Twitch has given myself along with my community an opportunity to do something larger than ourselves – raising over $1.2million AUD in 2020.

“Doing charity work has always been important to me even before I started streaming on Twitch. Once streaming started to take off, I wanted to give back to charities that mean a lot to me,” Kahwaji said. “Myself and family have been deeply affected by cancer and are still being affected, so most of my charity efforts are centered around cancer research organizations and treatment hospitals.”

A spokesperson for Twitch said the company doesn’t share individual viewership data, but the platform averages 26.5 million daily viewers — a growing segment of which are supporting charitable causes through their viewership.

“Having already raised over $83 million for charities during this tumultuous year, we are excited to continue working closely with our creators to help them surpass their fundraising goals and support their favorite causes,” Sweetman said.

And while the fundraising has major implications for the beneficiary nonprofits, the creators also expressed the impact the work has had on them personally.

“Hearing from people who have been affected by my streams and stories or now feel connected to a community makes streaming feel like the most worthwhile thing I’ve ever done,” Pestily said.