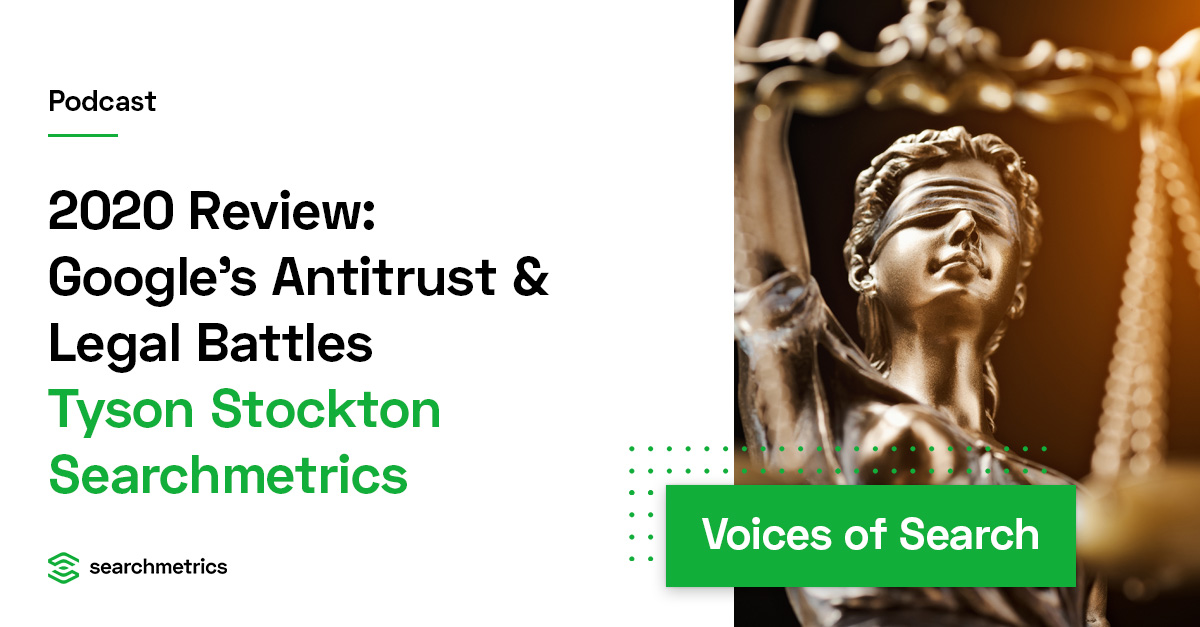 Join host Ben as he concludes 2020 Year in Review week with Searchmetrics’ Director of Services Tyson Stockton and SEO Strategist Jordan Koene to review Google’s legal woes with the Federal Government this year.

Eleven state attorney generals filed a lawsuit against Google this year claiming the company leveraged monopoly practices to dominate the search market. Attorney General Bill Barr stated Google controls as much as 90% of the search market, despite search features appearing on the majority of websites that belong to Amazon and Apple.

The lawsuit specifically cites Google’s partnership with Apple where they paid the software company to show up as the default search engine on their iPhones. Despite the focus on Google’s business practices, the government has yet to pursue legal action regarding how tech companies acquire, store and use customer data.