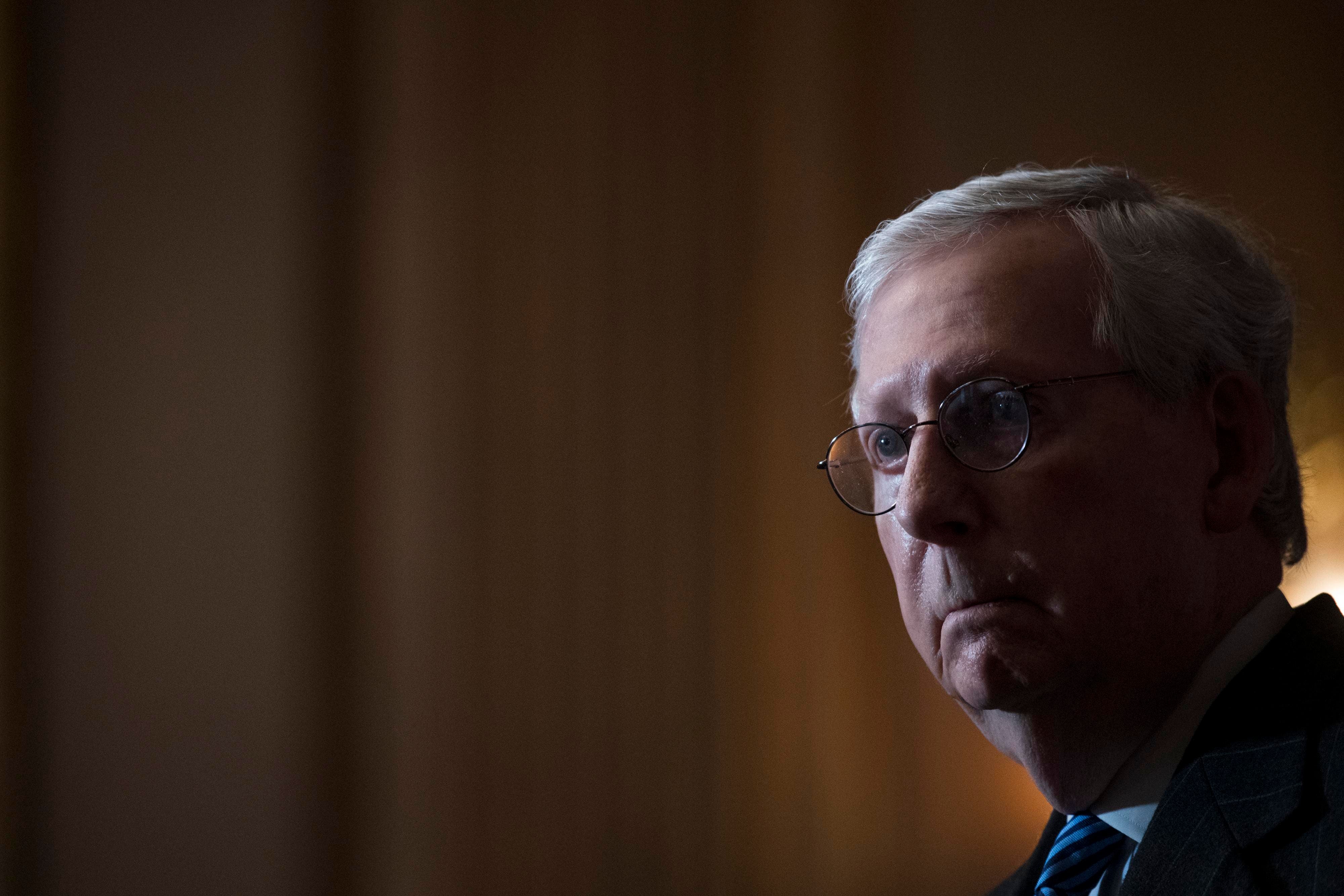 Senate Majority Leader Mitch McConnell came under fire across social media on Tuesday following his 10-minute speech that recognized Joe Biden as President-Elect. It was first time since the election that McConnell (R-Kentucky) officially acknowledged the outcome of the November election, as noted by the Daily Caller.

Users of the social platform Parler, which has a large conservative user base, quickly took aim at McConnell – accusing the Senator of not doing enough to support President Donald Trump, who has continued to claim the 2020 Presidential election was rigged.

Across Parler users vented and suggested the Senate Majority Leader “is not to be trusted again.” Other users called him a traitor, a RINO (Republican In Name Only). Conservative talk radio host Mark Levin led the charge on the platform and called out McConnell for simply “congratulating” President-Elect Biden – a move done by Senate leaders through much of the Republic’s history.

Levin posted on Parler, “I think we should all thank McConnell for his excellent help in challenging the lawless acts of the Biden campaign and Democrats in the key battleground states. Wait, he was AWOL? Oh, well then, thanks for nothing, Mitch. Trump helped you secure your seat, as he did so many Senate and House seats, and you couldn’t even wait until January 6th. You’ve been the GOP ‘leader’ in the Senate for far too long. It’s time for some fresh thinking and new blood.”

Other users were even more downright hostile.

LTaylor (@LTaylor1135) went so far as to post, “So we lost Mitch McConnell to the Democrat cheaters and maybe we never really had him to begin with. I’m sorry the great state of Kentucky has a prominent leader who doesn’t stick up for them when they need him most. Senator McConnell’s betrayal is particularly difficult given his role in the Senate.”

The response was essentially the same on Twitter, where a number of users also took aim at McConnell for his perceived “betrayal.” Among those was conservative activist and political commentator Mindy Robinson (@iheartmindy), who tweeted, “Want to guess who’s also on Dominion payroll? That bloated sack of vodka POS turncoat Mitch McConnel.”

Conservative activist and filmmaker Dinesh D’Souza (@DineshDSouza) pondered McConnell’s decision, “Why would Mitch McConnell deliver such a body blow to patriots and Trump supporters? What’s he trying to tell us?”

It wasn’t just conservatives that seemed upset with McConnell – many liberals also took to social media to call out the Senate Majority Leader for taking so long to accept the results of November’s election.

McConnell’s colleague Senator Amy Klobuchar (D-Minn.) tweeted, “If Vladimir Putin has accepted the election results but you haven’t, you might have a problem.”

Among some of the more hate filled messages on social media there was also some humor. Comedian Paula Poundstone (@paulapoundstone) offered some levity by tweeting, “Here’s a McConnell joke: Mitch McConnell walks into a bar, and six weeks later her says, ‘I am in a bar.'”

Not all of the discussion across social media was so filled with anger or venom aimed at the Senate Majority Leader. A few took note what else was said in the speech on the Senate floor. Bloomberg reporter Steven Dennis (@StevenTDennis), tweeted “McConnell’s prelude to conceding Biden’s win credited Trump with numerous accomplishments — from the approval of a COVID vaccine in record time to economic prosperity prior to the pandemic, etc.”

Dennis was also among the few to note another, and more serious component of McConnell’s remarks, when the reporter followed up, “There are risks here for McConnell: He needs Trump’s signature on the year-end spending bill and is focused on maintaining his majority by winning the two Georgia runoffs.”

By Tuesday afternoon, Senator McConnell offered a response to the comments – and posted on Parler, “To all the people that are saying that I’m a Traitor, a RINO , a fake patriot … You need to know that the presidential election was never one of my priorities , i don’t care who is the president , trump or Biden no Matter who , my priority is to keep the Senate majority , and keep myself as the majority leader , that’s what is important to me and to every GOP member .”

The typos and grammar aside, this shows it is truly a brave new world when elected officials respond so quickly via the social platforms with quickly typed messages rather than by a polished, edited and timed news release. In the end it shows it is not just the message but the method to reach the audience for today’s politicians.