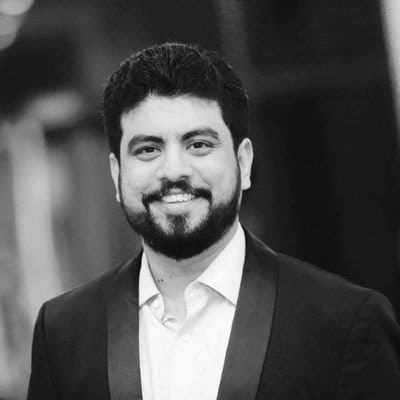 A ringside view of Indian military history would enable one to understand that no war has caught the imagination of analysts like the 1971 India-Pakistan War. In a matter of 13 days, India attained its objective of setting East Pakistan free by carving out Bangladesh. There are so many aspects of the war that deserve greater emphasis and illumination even after all these years. One such is the role and impact that music had.

Did it bring people together or did it further cause fissures and divisions in an already volatile geopolitical environment?

I know it may sound surprising to some or insensitive to others to reckon music as one of the many aspects of the 1971 war, but it truly was one and a significant one at that. For it was the famous ‘Concert for Bangladesh’ held at the Madison Square Garden in New York that enabled world attention to the dastardly situation of the refugees of then East Pakistan.

Imagine a Bob Dylan who returned to perform on stage after a few years, a George Harrison and a Sitar maestro Pandit Ravishankar – all on a single stage for the cause. Imagine this concert after the much talked about break up of the world famous band, the Beatles. So much so that the concert almost brought together and reunited the Beatles. If ever there was one concert or world event because of which overnight the world came to know of the name ‘Bangladesh’, then this was the one. In fact, pamphlets positioned and branded it in such a way, calling it the ‘greatest concert of the decade’. In one go, the concert sensitized a lot of youngsters in the arena. Even to this day, songs and lyrics from it resonate widely.

The lead initiator and prime mover of the event was Pandit Ravishankar who hailed from then East Pakistan. It was his strong-willed intention that made the concert possible and it was he who successfully roped in George Harrison, who in turn brought together stellar international artists like Bob Dylan to perform for the cause of Bangladesh, in front of a jam-packed Madison Square Garden.

Just as Hansa Mehta, who through her soft touch that changed the face of international law, Ravishankar through his compassionate gesture took the mantle on himself to plan and execute the concert. Even to this day, Ravishankar is celebrated globally. 2020 marks his 100th birth anniversary year and to commemorate it, the Government of India organized in-person concerts in Spain that saw widespread response. This was the irresistible quintessential persona of Ravishankar and the impact that he left behind.

In fact, when George Harrison was asked that of all the enormous problems in the world, why did he choose this one to perform for, he simply said because he was asked by a ‘friend’. This warmth was aptly reciprocated by Ravishankar, who had stated that one single phone call to Harrison enabled the concert to be put in place.

In a way, the concert back then paved the way for such fundraisers that we see today. Having said that, importantly, in one of the several narrations of the impact of the concert available in mainstream media, one can discern how some of the top musicians of the world gave up their ‘egos’ to perform as they all singularly felt that the cause was much higher than any individual. David Wild of the Rolling Stones went on record to state that ‘the concert was one of the most important gigs in music history’.

The prevailing geopolitical environment was such that neither the United Nations nor key world powers were paying heed to the situation.

The concert successfully brought together the finest minds in the field of music. It also showed that friendship transcending national boundaries can aspire to do good for the globe. There was spontaneous camaraderie in the way Harrison asked the audience at the concert to listen to the Indian troupe led by Ravishankar; that is there for all to see. This is truly an example of how even if two individuals come together they can make the world come together to think, do good and be good. In 2002, when a commemoration concert was held for Harrison, Ravishankar and his daughter Anoushka Shankar were performers.

Compassion is an ennobling quality. Through the concert for Bangladesh, it was discernible that individuals, through the prism of music, can come together and think beyond themselves for humanity. Very rarely have we witnessed such organic collaborations of the finest talents for a cause, although charity concerts are quite the norm these days.

‘Concert for Bangladesh’ importantly showed that culture is not a one-way street, it is a two-way phenomenon. Had Ravishankar wanted to, he could have executed it at a smaller scale on his own. Harrison and he brought together two different genres of music, and thereby a mutual exchange of culture, for the shared benefit of common minds.