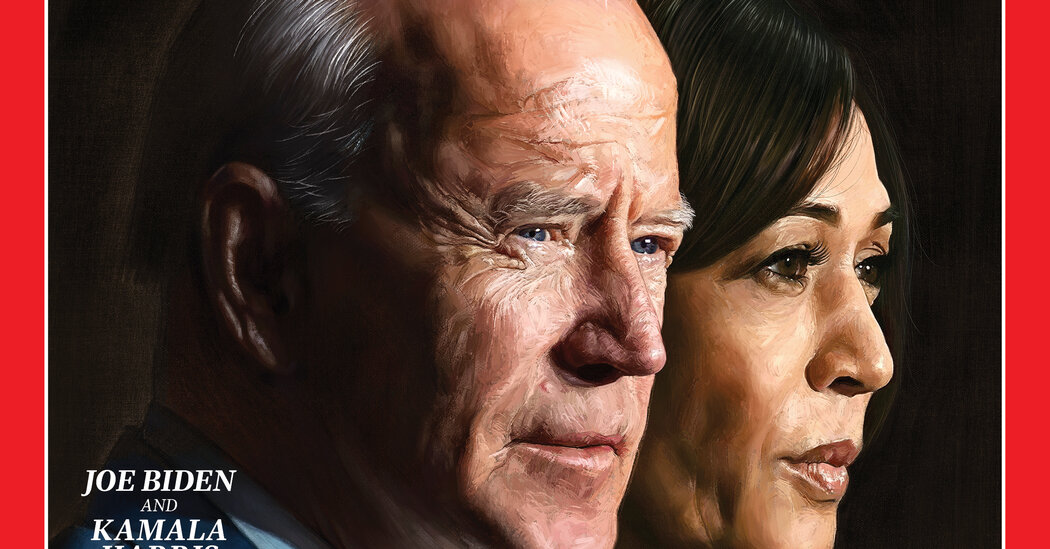 What person or group of people do you think best represents 2020?

Do you agree with Time magazine’s selection of President-elect Joseph R. Biden and Vice President-elect Kamala Harris as its persons of the year? Would you have made a different selection from the list of finalists, which included frontline health care workers along with Dr. Anthony S. Fauci, the racial justice movement and President Trump?

In “Biden and Harris Are Time’s Persons of the Year for 2020,” Neil Vigdor writes about Time magazine’s selection:

Time magazine on Thursday named President-elect Joseph R. Biden Jr. and Vice President-elect Kamala Harris as its persons of the year, citing the weight of the pandemic and racial injustice that will be shouldered by the history-making Democratic ticket.

Bruce Springsteen, who narrated a television ad for Mr. Biden during the campaign, revealed the magazine’s choice at the end of an hourlong television special on NBC.

Mr. Biden, 78, the former vice president under President Barack Obama, and Ms. Harris, 56, a U.S. senator from California who became the first Black woman and the first Indian-American elected to the vice presidency, will appear side by side in a portrait on the magazine’s cover on Dec. 21.

They edged out frontline health care workers (along with the nation’s leading infectious-disease expert, Dr. Anthony S. Fauci), the racial justice movement and President Trump for the distinction.

The tradition goes back to 1927, when Time named the aviator Charles A. Lindbergh its first man of the year, as the honor was then called. The magazine, which began publishing in 1923, has bestowed the distinction on presidents, peacemakers, astronauts, popes and Queen Elizabeth II, on American women and the endangered earth. But some of the newsmakers chosen turned out to be infamous; Time selected Adolf Hitler in 1938 and Joseph Stalin in 1939, a distinction that was given to Stalin again in 1942.

Time has noted that its selection process is not a popularity contest, however. Its choice reflects “the person or persons who most affected the news and our lives, for good or ill,” the magazine said in 2014.

Mr. Vigdor also lists other recent choices for person of the year:

The choice of Ms. Thunberg, who sailed across the Atlantic in an emissions-free yacht before her speech last year at the United Nations Climate Action Summit, rankled Mr. Trump. The president called the nod to Ms. Thunberg “ridiculous” on Twitter.

In 2018, the magazine selected a group of journalists that included the murdered Saudi dissident Jamal Khashoggi as its person of the year. The magazine said it wanted to underscore the threats faced by independent journalists at a time of so much disinformation. The journalists included the staff of The Capital Gazette newspapers in Maryland, where five people were shot dead in June 2018.

The previous year, Time recognized “the silence breakers,” a group of women who catalyzed the Me Too movement when they stepped forward to accuse powerful men of sexual harassment and assault.

The Huge Role of Authoring Tools In Rapid eLearning Development