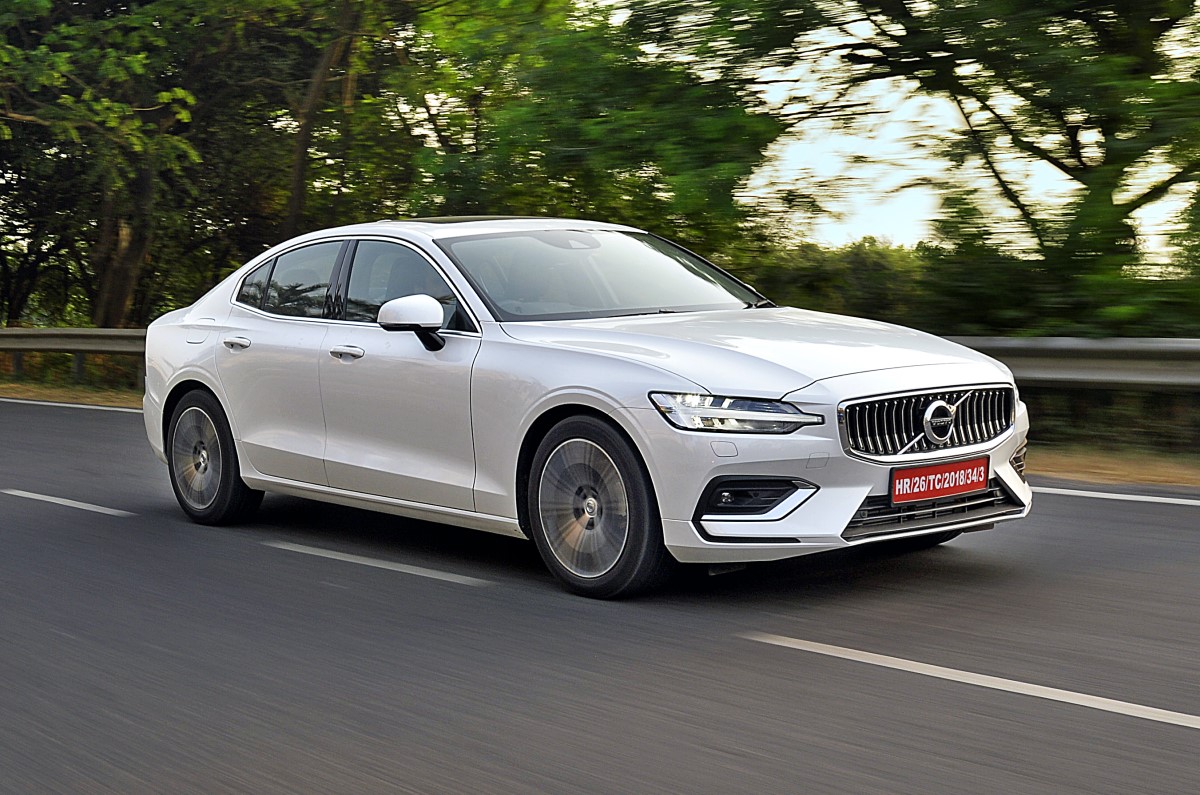 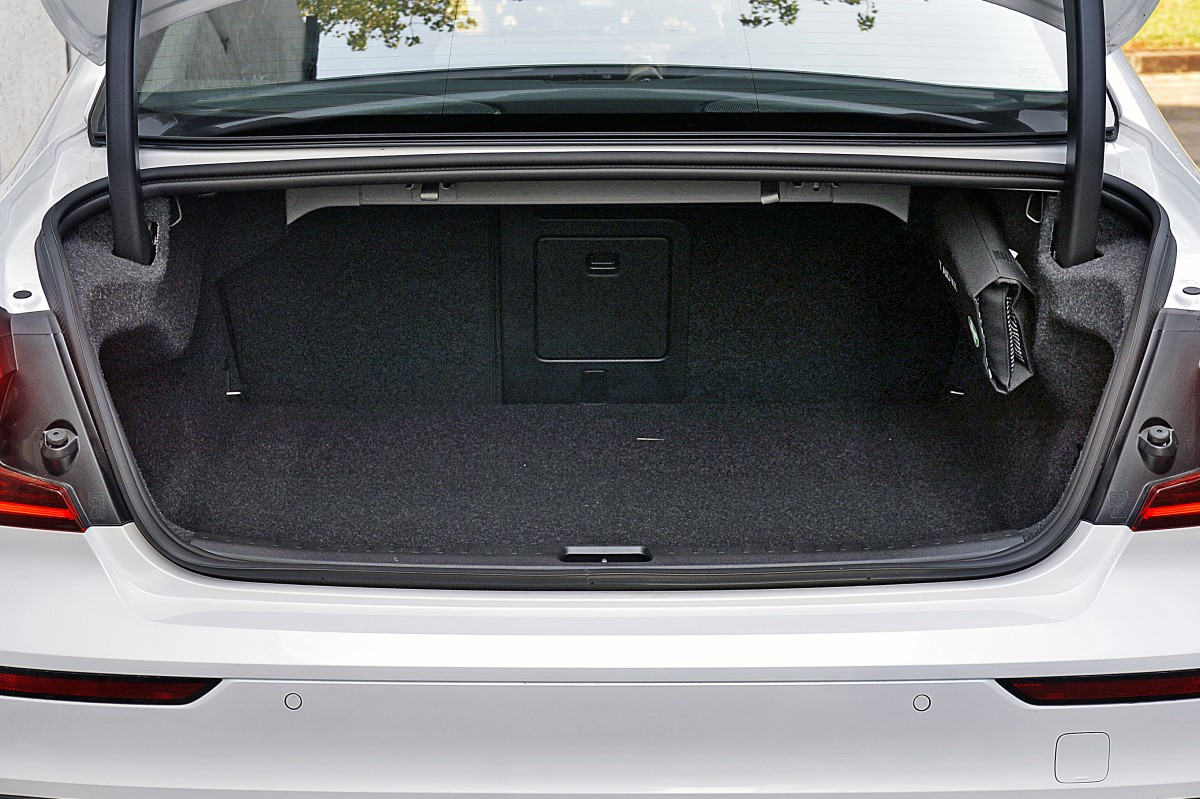 The new Volvo S60, which will go on sale in early 2021, is a direct rival to the BMW 3 Series, Mercedes C-Class and Audi A4. While the earlier, second-generation car (discontinued in July 2019) was powered by a diesel and a petrol, this new third generation S60 will only come powered by one engine, a 190hp petrol. So what should you expect of Volvo’s new S60; apart from the ironmark logo, the orthopaedically tested seats and the best safety systems? Read on. 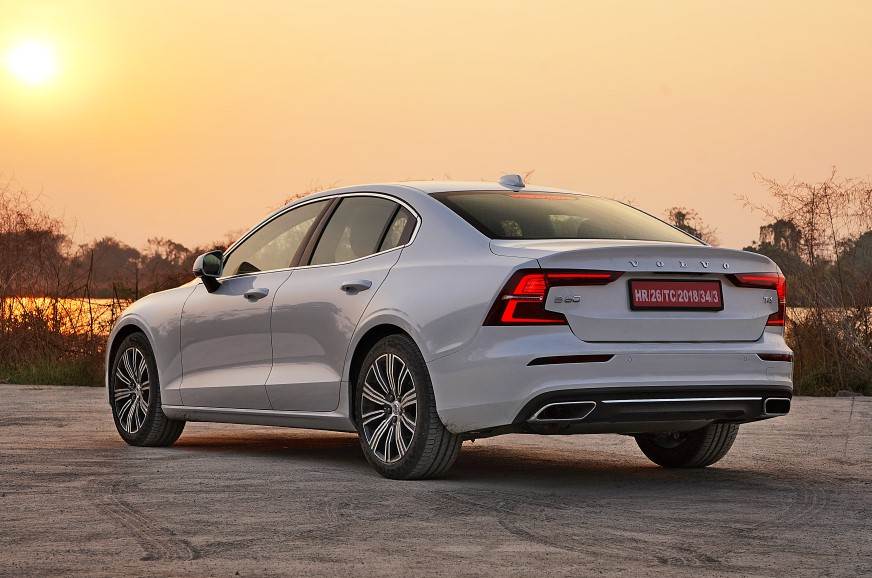 Let’s start with the sharp-cut looks, which despite being derived from the larger S90, are undeniably attractive. As earlier, the bright chrome workup front gets your attention first, and then what helps hold your gaze are the ‘Thor’s hammer’ headlights and neatly executed but sporty chin. Also lending plenty of appeal is the long, elegant bonnet with its distinctive ‘V’, and what adds to the sporty appeal is the fact that the cabin is set well back and placed inset of the shoulderline. 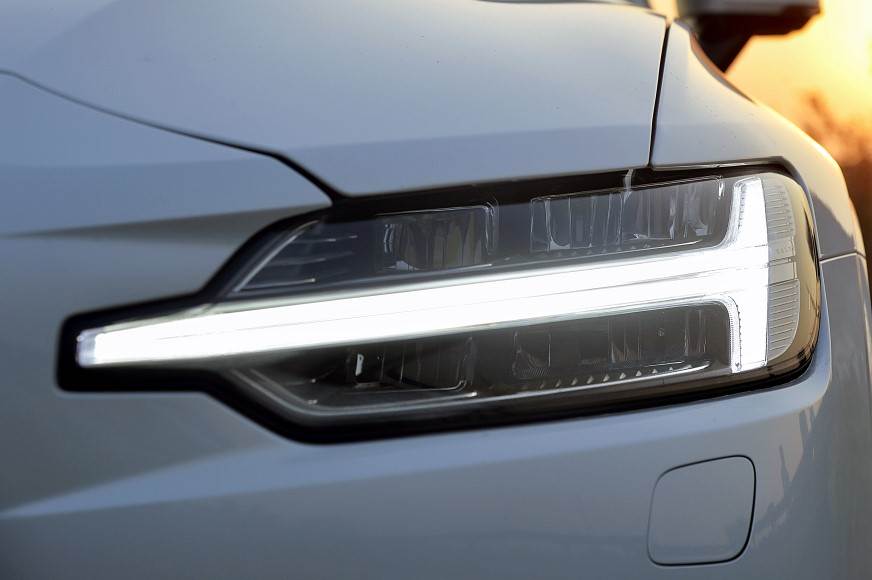 There’s an interesting kink at the base of the C pillar, highlighted superbly in chrome, and around the back, the large, bracket-like tail-lights really get your attention. But here too, the rear looks almost identical to the S90. Wish it were easier to distinguish one car from the other; it would have given this car an identity all its own.

Built on Volvo’s Scalable Platform Architecture, the 4,761mm long S60 is, interestingly, also the only car in its class to use a transversely mounted engine. The 2.0-litre, four-cylinder petrol produces 190hp and 300Nm, and drives the front wheels via an eight-speed automatic. The new S60 also features three drive modes – Comfort, Eco and Dynamic.

Now Volvo is famous for passive safety, and this car gets an Euro NCAP five-star rating, but there’s also a whole host of active safety features, and we get almost all of them. Stuff like adaptive cruise control, radar- and sonar-based emergency braking and avoidance (it helps steer you away), lane-keeping assist and Pilot Assist as well; the latter a semi-autonomous mode. 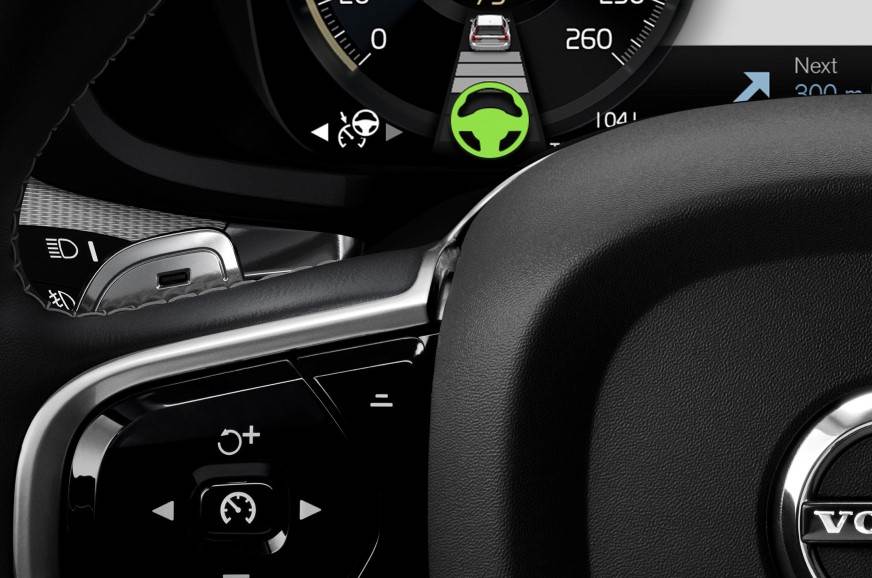 Settle into the S60 and you are immediately put at ease; this clearly is a car that sets out to lower your pulse rather than excite you. The seats are large and very comfy, the front of the cabin is fairly roomy, and despite the slot-like windscreen (and the high dash), visibility over the long bonnet is good too. 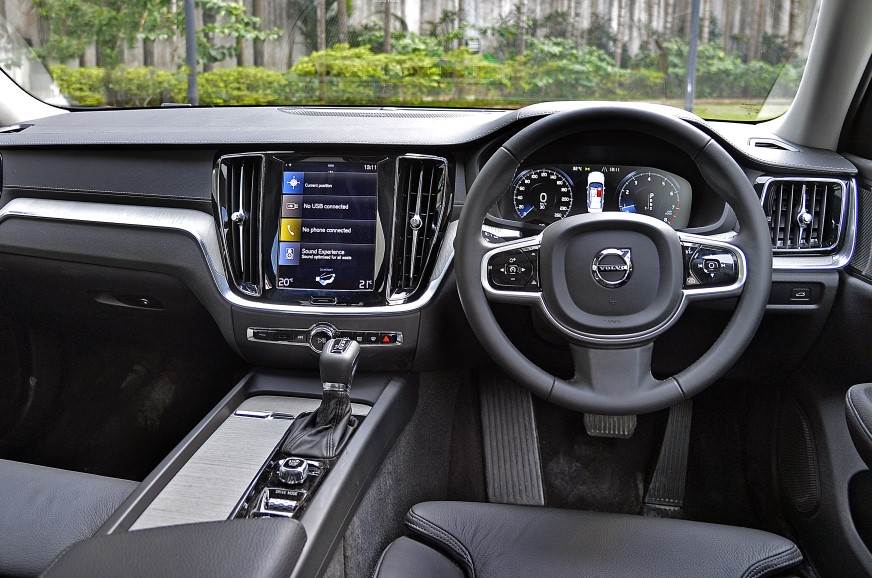 Visibility out the front is good and quality of materitals in the cabin is high.

What you take notice of next is the high quality on the inside. No, the doorpads aren’t built to the same high standards as on the XC90 and the all-black trim is a bit dreary, but what gives the S60 cabin a massive lift are the acres of high-quality leather, the soft-touch dash that feels great to run your fingers along and, with Volvo giving you nearly the same plastic and chrome qualityas many of its more expensive cars, the feel-good factor inside the cabin is tremendous. I absolutely love the chrome flourishes on the big volume-control knob, the shutters on the centre console feel beautifully built and even the steering has a robust, built-to-last feel.

Thing is, the S60 looks like just about any other Volvo on the inside. And while the tablet-style touchscreen works well for the most part, there are no physical controls for important stuff like the air-conditioning. So adjusting the fan speed on the move is difficult to accomplish in a safe manner, and then there’s the fact that most of the icons are small and hard to hit accurately on the move. The screen, however, is sharp and clear, touch functionality is good and since it has a black background, it doesn’t dazzle you at night. 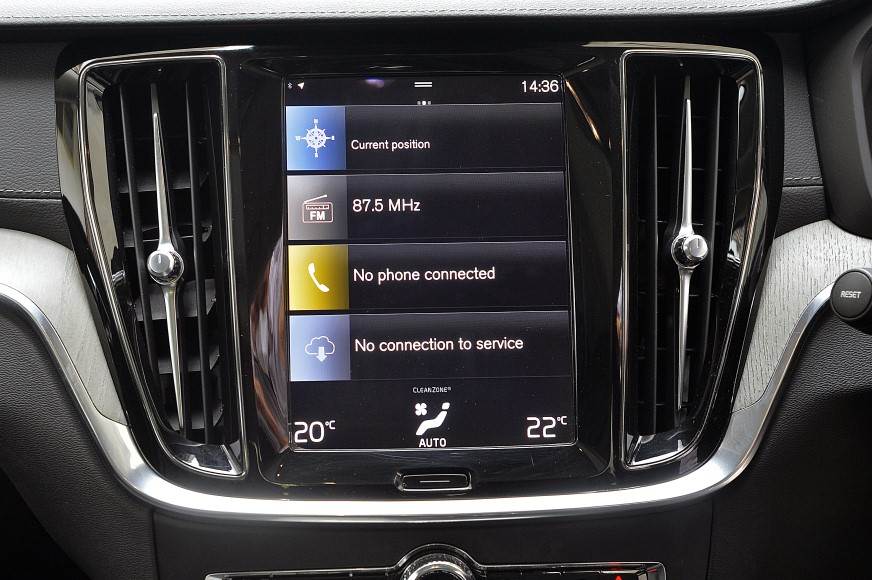 The screen is sharp and clear and the touch functionality works well.

The new S60 also has a fair amount of space in the rear. Legroom in general is more than sufficient, your chauffeur can take the powered front passenger seat forward (by selecting a button on the touchscreen) and the large sunroof brightens up the rear of the cabin to such an extent, it sort of makes up for the rising beltline. You are, however, sat low, with your knees up, and the central tunnel is fairly large, so sitting three abreast will be difficult. The backrest is nice and supportive though, and the digital air-con controls at the rear are a nice touch. 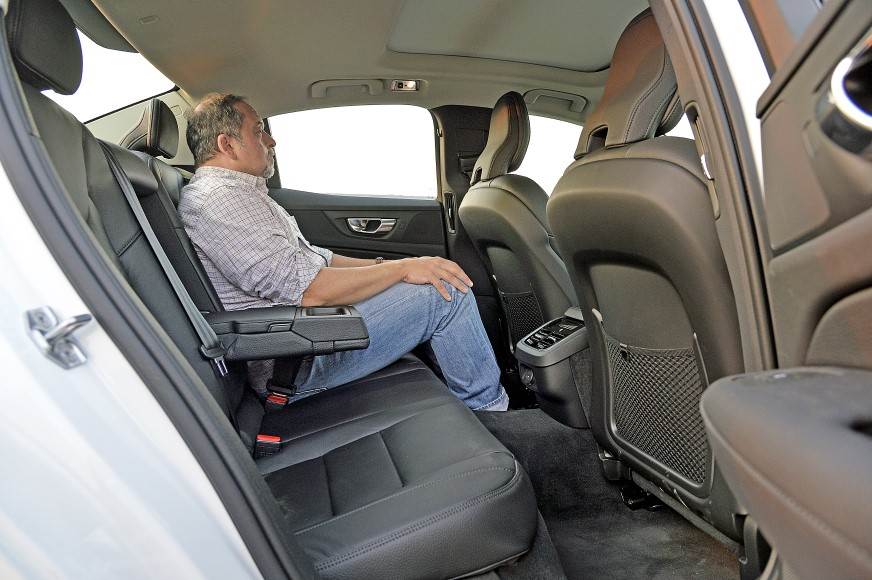 Sitting three abrest might be difficult but legroom is more than sufficient.

The S60 also has a relatively deep boot, and can carry a fair amount of luggage, but not as much as a BMW 3 Series. You do, however, get a button that locks the car once the boot is shut, so you don’t need to put down what you are carrying, pull out your keys, and then lock the car.

While some features like cooled seats and connected tech are missing, you do get wireless charging, a four-zone climate control system, a large sunroof and separate valet and activity keys. 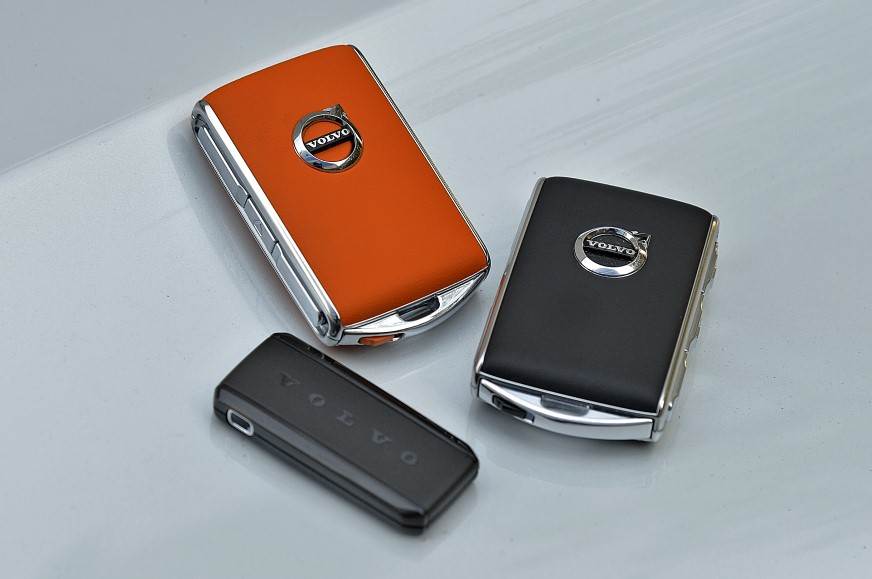 You get  separate valet and activity keys.

The Volvo S60 feels relaxed and easy to drive, both in the city as well as out on the highway. The engine feels responsive at low speeds, the steering is direct and nicely weighted, and what also impresses is that it feels incredibly stable and confident at speed. 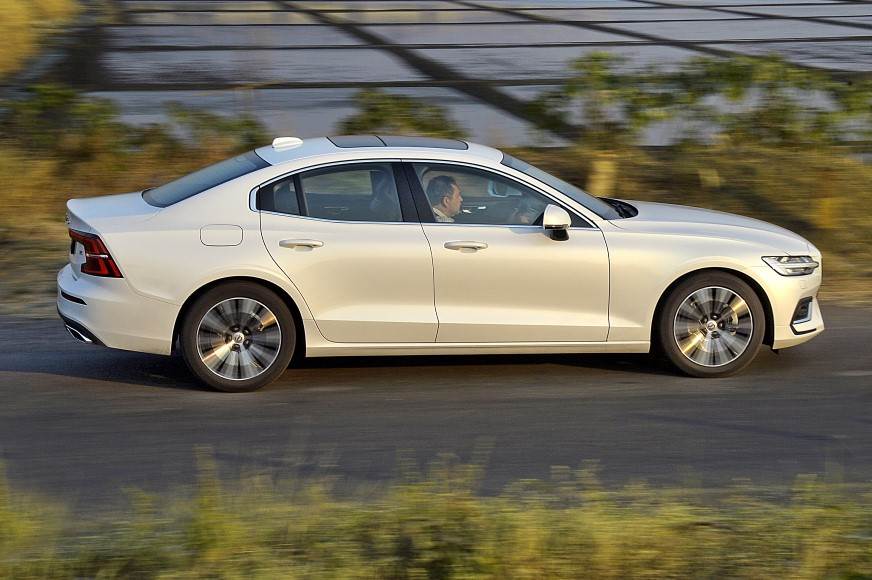 The S60 is meant to be driven in a relaxed manner.

The ride isn’t perfect. There is a hint of stiffness over badly paved roads and you do feel the occasional thud, but go a bit faster and the silent-for-the-most-part suspension rounds off the bumps quite nicely, the ride is flat and you are not tossed around in the least.

Volvo’s new S60 isn’t a car that enjoys being cornered hard; this clearly is no BMW 3 Series. It rolls when you carry speed into corners, it feels lazy from behind the wheel when you hustle it, and while it almost always feels neat and composed. 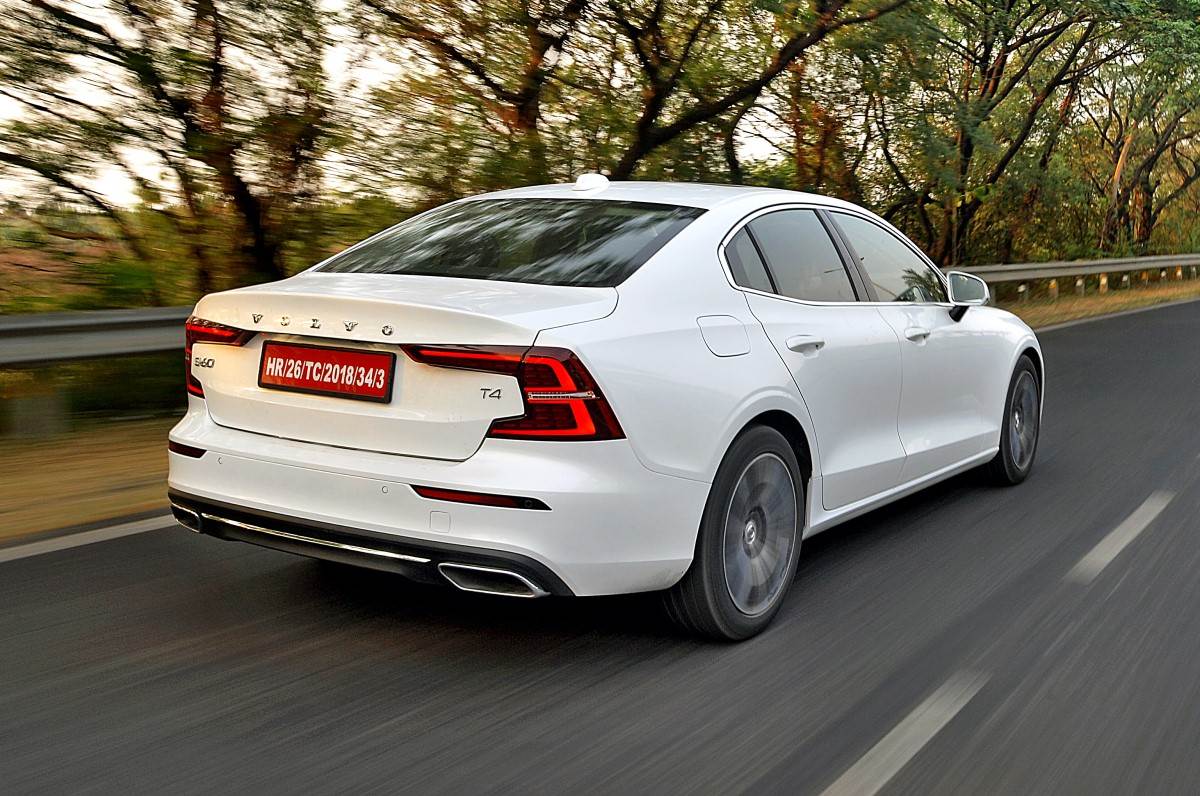 The ride is a bit stiff over poor roads but the S60 tackles bumps at speed well.

Volvo’s 2.0 petrol doesn’t quite enjoy being wound hard either. It feels strained and even gets a bit boomy after 5,000rpm, the gearbox feels only marginally more enthusiastic in Dynamic and performance against the clock isn’t too impressive either. Instrumented tests we carried out showed the S60 took 9.35 seconds to do the 0-100kph sprint, the car hitting its limiter at 181kph in the interest of safety. What’s important to note, however, is that while performance and agility are not S60 strengths, its relaxed, laid-back attitude is likely to suit Indian luxury car buyers quite well. 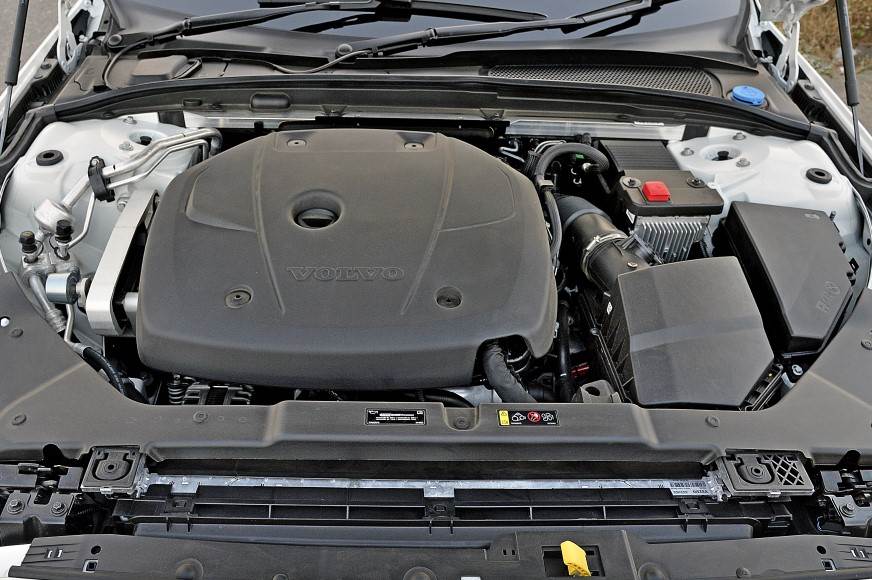 Should you buy a Volvo S60?

There’s a lot to like about Volvo’s new S60. For starters, it exudes an alluring big-car feel so important to buyers in this class. There’s plenty of space in the cabin, comfort levels on the inside are very high, and with material quality right up there with the best, the S60 has a lot going for it too. Volvo has also loaded it up with a fair amount of kit, and as ever, no one comes close when it comes to the myriad safety features and systems. 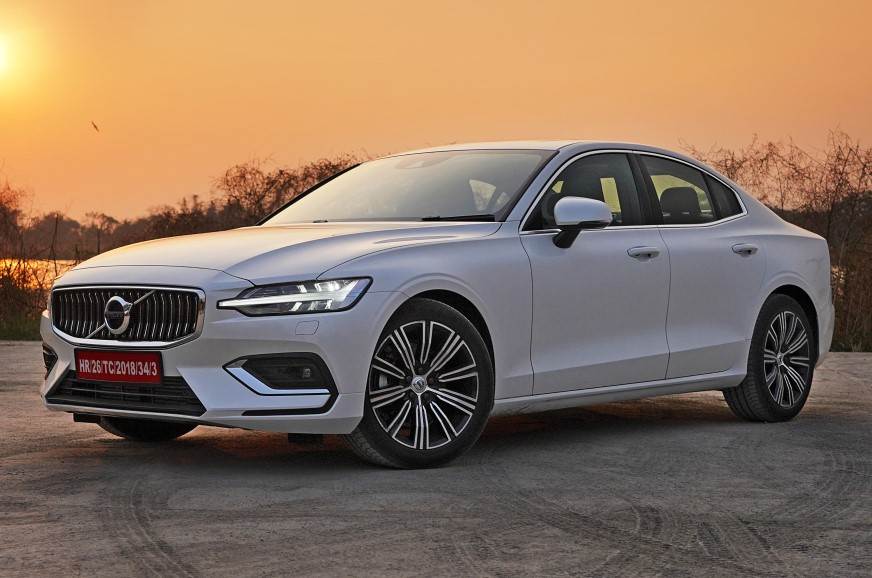 There’s no denying it looks almost identical to the larger S90 sedan, both on the inside and out, and those who enjoy strong performance and sharp handling will have to look elsewhere. Still, if you are interested in a solidly built, sharply styled luxury car that’s relaxing to drive and comfortable to sit in, Volvo’s new S60, at an expected price of Rs 43-50 lakh (ex-showroom), has plenty going for it, and that laid-back character could be its most alluring trait. Dare to be different? The S60 could be for you.