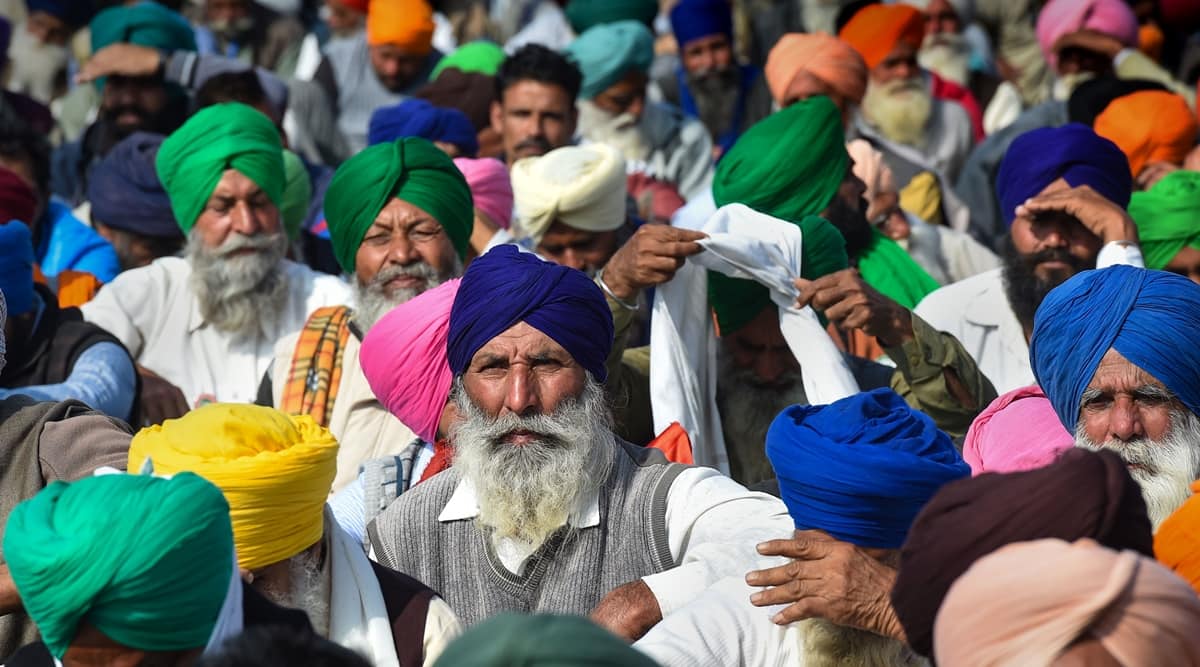 Intensifying their agitation against the Centre’s controversial agriculture laws, leaders of around 32 farmer unions observed a day-long hunger strike at Delhi’s Singhu border Monday. The hunger strike began at 8 am and ended at 5 pm even as talks with the government remained inconclusive.

The unions claimed that more people are expected to join the ongoing agitation, which has now entered its third week. According to news agency PTI, United Farmers’ Front said leaders also observed a two minute-silence over the alleged deaths of over 20 protesters at Delhi borders in last 18 days. Several borders of the national capital remained closed due to the ongoing agitation. Undeterred by the harsh winter weather, protesters at Tikri, Ghazipur and Singhu said they are determined not to yield until their demand is met.

Union Agriculture Minister Narendra Singh Tomar, meanwhile, said that the government is engaging with farmer leaders to decide on the next date of talks. “The meeting will definitely happen. We are engaging with farmers,” Tomar was quoted as saying by PTI. Reiterating that the government is ready for discussion anytime, Tomar said farmer leaders have to “decide and convey” when they are ready for the next meeting.

Tomar, who is leading the negotiations with 40 farmer unions, along with Food Minister Piyush Goyal and Minister of State for Commerce and Industries Som Parkash also met with a delegation of Haryana BJP MPs and MLAs which extended its support to the three new farm laws.

However, leaders of the Bhartiya Kisan Union (Ekta Ugrahan), who had organised an event to demand the release of jailed activists last week, decided to distance themselves from the one-day hunger strike.

Following a nationwide call given by their unions against the new central laws, farmers also raised slogans outside the offices of district commissioners and took out protest marches in Punjab and Haryana. 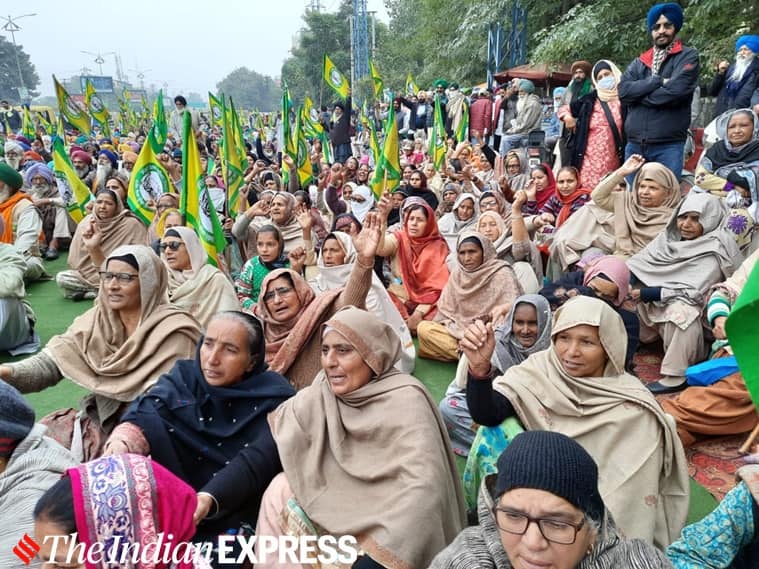 As a result, Haryana Police also had to shut the Ambala-Patiala highway for a few hours after protesters gathered at the Shambhu border point with adjoining Punjab.

“Farmers held protests outside the offices of deputy commissioners at several places in Punjab,” Bhartiya Kisan Union (Ekta Ugrahan) general secretary Sukhdev Singh Kokrikalan was quoted as saying by news agency PTI. “Protest marches were also taken out,” he said. Despite the cold weather, farmers including women and children participated in the agitations in large numbers, the union leader said.

Delhi Chief Minister Arvind Kejriwal, who along with other AAP leaders, MLAs and volunteers observed a day-long fast in support of the protesting farmers, said that the new farm laws will lead to immense inflation and will only favour a few capitalists.

Delhi Chief Minister Arvind Kejriwal addresses during a day-long hunger strike to support farmers, who are protesting against the new farm laws, in New Delhi.

“I appeal to parties to stop playing dirty politics over farmers’ issue. These laws are anti-farmer and anti-aam aadmi and are aimed to benefit a few capitalists. These laws will lead to immense inflation through hoarding. These legislations gives license to inflate,” Kejriwal said. “Don’t think you are doing a favour by supporting farmers. Farmers are doing a favour by protesting against these laws.”

However, Kejriwal’s support to the hunger strike called by farmer union leaders was dubbed as “nothing but hypocrisy” by Union Minister Prakash Javadekar.

“@ArvindKejriwal this is your hypocrisy. You promised amendment to APMC Act in Punjab assembly elections. You notified one farm law in Delhi in November 2020 and you are on fast today. Nothing but hypocrisy,” Javadekar tweeted.

Meanwhile, AAP leader and spokesperson Raghav Chadha Monday said that whoever is calling the farmers protesting against the new agriculture-marketing laws as “anti-nationals” are themselves against the country, and they should go to Pakistan.

The AAP MLA said there are some people referring to the agitating farmers, who are the country’s food-providers, as “anti-nationals”.

Defence Minister Rajnath Singh said the Centre was open for discussion on the farm laws and that there was no question of taking any “retrograde” steps against the agriculture sector. Singh also said that the recent farm laws — which the farmers want to be scrapped — were undertaken keeping the best interests of farmers in mind.

Addressing the FICCI’s 93rd annual general meeting, Singh said, “Agriculture has been one sector which has been able to avoid the adverse effects of the pandemic and, in fact, come out the best. Our produce and procurement have been plentiful and our warehouses are full.”

“There is no question of taking retrograde steps against our agricultural sector ever. We are, however, always willing to listen to our farmer brothers, alley their misgivings, and provide them with assurances we can provide. Our Government is always open to discussion and dialogue,” Singh, who is considered to be a moderate and pro-farmer leader in the ruling BJP, said.

Activist Anna Hazare, who has repeatedly expressed his solidarity with the farmers protesting the new farm laws, Monday said he will start a hunger strike if demands such as giving autonomy to the Commission for Agricultural Costs and Prices (CACP) and implementing the Minimum Support Price (MSP) recommendations of the Swaminathan Commission are not met.

In a letter written to Tomar, Hazare has reminded the government of the promises made to him by Tomar’s predecessor Radha Mohan Singh in February 2019.